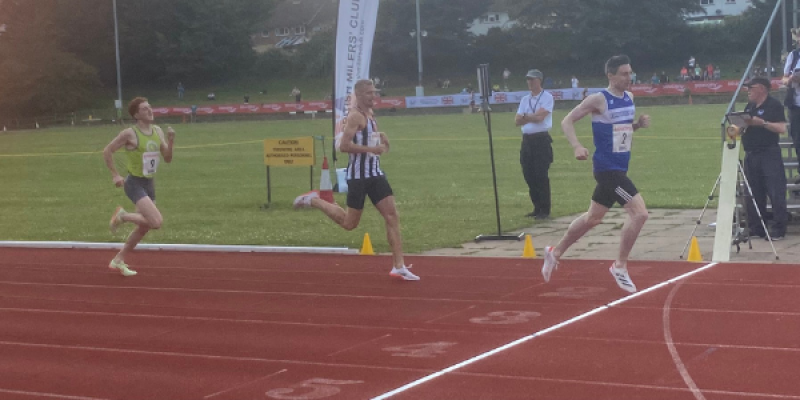 Mark English crosses the line to win in Watford.

Mark English continued his encouraging early season form with a win in England on Saturday evening.

Kyle Langford led much of the way, but English kicked strongly over the last 30 metres to win at the Watford Woodside Arena.

Shaftesbury Barnet athlete Langford crossed the line in 1:46.86 while Australian Jye Perrott was third in 1:47.15.

A native of Letterkenny, Albert McGroarty made Cobh his home - and he dedicated years to boxing in Cork

English began his outdoor campaign with a 1:46.61 in Belgium to win at the IFAM Outdoor International Flanders Athletics Meet.

The two-time Olympian, who set new Irish 800m records, indoor and outdoor, in 2021, and who has European and World Championships on his horizon, is in good stead so far.

In Holland, just three days after setting a new Ulster shot put record, John Kelly again threw beyond 19m on Saturday. Kelly was fourth in the meet in Amsterdam when throwing out to 19.10m.

On Wednesday evening Kelly landed the shot at 19.57m at the Trond Mohn Games - the fourth best ever by an Irish athlete.