Donegal Rally: The class apart that just keeps on giving

"These are stages that have always pulled the best in the business to these parts." 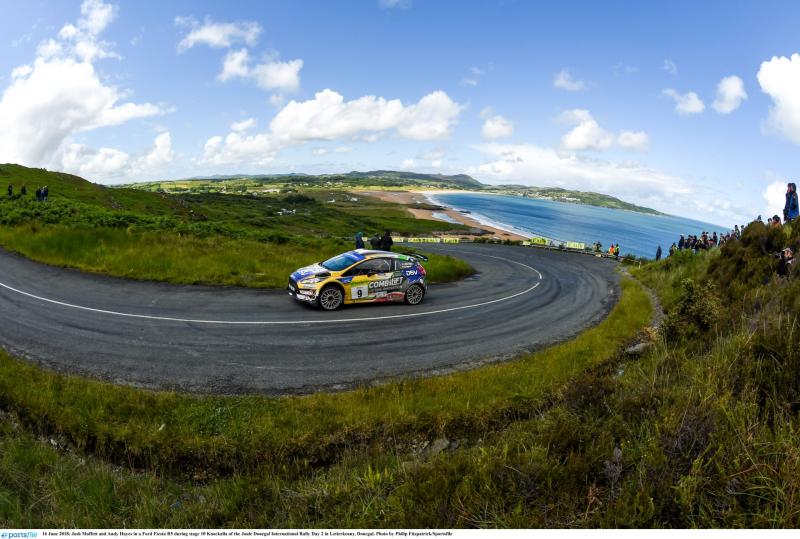 It is 15 years now since Sébastien Loeb, one of the true greats of rallying, observed that ‘rallying in Donegal is how it should be’.

Loeb entered the Donegal International Rally in 2007 and it was certainly a sight to see the Frenchman - the most successful driver in WRC history - and his co-driver, Daniel Elena, line up.

They used Donegal as a practice run for Rally Ireland, to be held later in ’07.

On one of the first stages around Cloghan, the famous red Citroen C4 almost bounced out of control.

‘Donegal is the cream of the crop’ - Declan Gallagher

In service, Loeb wondered of Andrew Nesbitt how he should take the bumpy straight in the middle of the stage.

‘Flat,’ was the emphatic response from Nesbitt - the record six-time winner of the Donegal.

A bewildered Loeb shook his head. ‘You're crazy!’ he remarked.

Nesbitt was unmoved: ‘But we all take it flat!’

The penny dropped for Loeb.

‘Well then, you're all crazy!’ announced Loeb. Later that evening, Loeb’s Citroen crew had suspension parts and other items flown in from France when they realised the stories they'd heard weren't in fact the stuff of urban legend.

Donegal has always had that allure.

Terry Harryman won Donegal as a navigator for Cathal Curley and Mark Lovell.

Ari Vatanen won Donegal in 1978 and was with Harryman at the Safari Rally in Kenya in the 1908s.

As they sat in the corner of a bar in Nairobi, Harryman overheard Vatanen explain the love of rallying: ‘You haven’t lived until you have done Knockalla, Horn Head and Atlantic Drive.’

There is the iconic image of Paul Harris wedging a Nova into Hugh McClatchey’s shed in the middle of Knockalla one year. McClatchey surveyed the damage and sighed that he’d ‘be without a television now for the night’, the aerial in shreds before him. 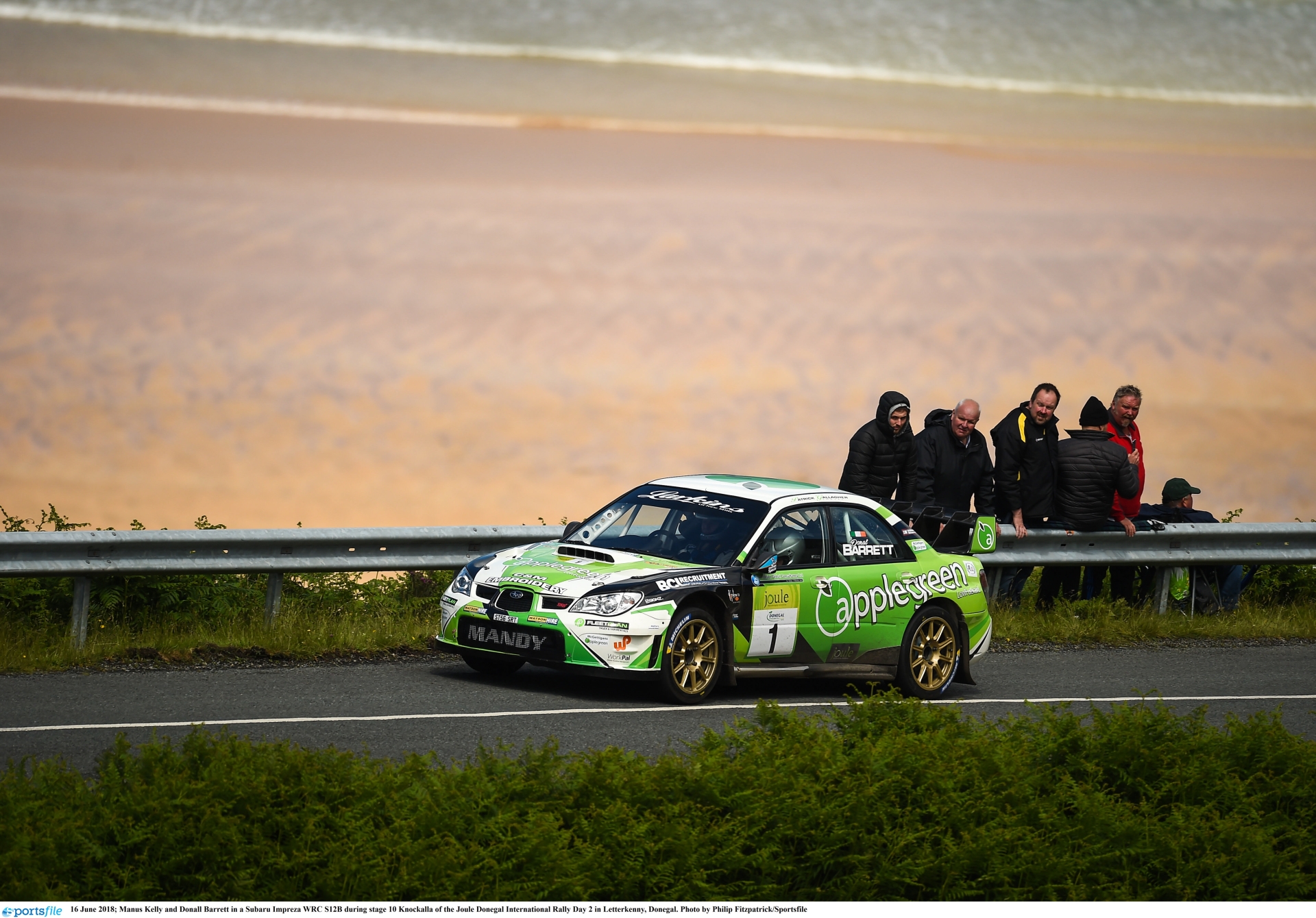 These are stages that have always pulled the best in the business to these parts. The late Colin McRae came here, his father Jimmy won here in 1980 and Loeb was the victor in 2007.

“We always have the big names in Donegal - they all want to come here,” said Eamon McGee, the Clerk of the Course.

“All the boys want Donegal. If you can master Donegal then you’re on top of your game.”

The Donegal International is the only three-day rally in Ireland, one of only two on the British Isles now.

It is a gruelling marathon; one set aside the splendour of some of the greatest rallying stages known anywhere.

Consider that McRae and Loeb, two of the world’s most recognisable names in the sport, have competed and it tells you something for its standing.

The great and the good of Irish rallying have all made it their business to attempt wins in Donegal.

The epic jousts in the 1990s with Austin MacHale, James Cullen, Bertie Fisher and Nesbitt are the stuff of legend.

The likes of Eugene Donnelly and Gareth MacHale emerged after the turn of the millennium.

Garry Jennings won here in 2012 and 2015 and said: “I first started going to the Donegal Rally and I remember watching the likes of the late Bertie Fisher, never dreaming that one day I could win the rally. I reckon it is one of the best rallies in Europe.”

Letterkenny man Rory Kennedy sat with Jennings for his win in ’15 having called the notes in the Subaru Legacy for Fisher’s victories in 1992, 1993 and 1995.

“Donegal, for me, is the most important rally in the year,” Kennedy said.

“It’s something I really always look forward to. There is no quarter given and you can’t afford to give a second away. It’s hell for leather from day one.”

This weekend sees the event return for the first time since 2019 when Manus Kelly - who had been the face of the event after three thrilling wins in 2016, 2017 and 2018 - was killed in a crash on the Fanad Head stage.

The presence of the S12 B Impreza at the recent launch at the Rosapenna Golf Resort served as a poignant reminder of Kelly’s absence and the legacy he left with his tragic death. His win over Keith Cronin in 2016, with just half-a-second to spare, will forever be remembered as one of the great wins in the history of the event having been 9.3 seconds adrift after the penultimate stage.

The Covid-19 pandemic paused its resumption with the 2020 and 2021 events cancelled.

The period has allowed all to take stock and now a new wave of drivers are back for an event that promises much in an entry list stacked with talent.

Mountcharles man Joseph Kelly is one of the emerging drivers in Donegal.

“I can’t wait,” Kelly, who goes in a Peugeot 208, said. I’ve been out watching it every year so it’ll be nice to do it. It’s a three-day endurance event. It’ll be nice to get the whole atmosphere of it.”

The only certainty now is that when the drivers wake on Sunday morning, with two loops of Gartan, High Glen and Atlantic Drive, there awaits before them one of the daunting days rallying known to man.