Donegal Rally: Callum Devine leads the way after day one 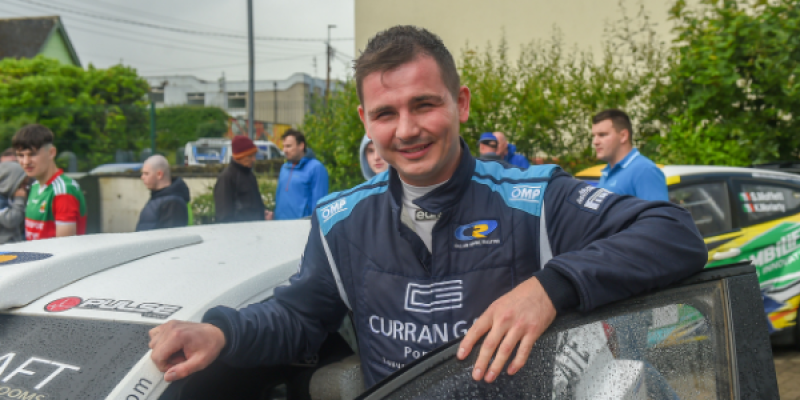 It didn’t take long for the fireworks to spark as the 2022 Joule Donegal International Rally launched into gear on Friday.

Callum Devine leads the charge after the opening day of action.

Devine, who has Kerry’s Noel O’Sullivan as co-driver, was quickest on each of the opening three stages. The VW Polo GTI R5 set the fastest pace on four of the first six stages of the event.

Crews all noted the slippy conditions on the early passages and tyre choice was proving frustrating for some. Josh Moffe

Edwards, with David Moynihan on the notes, set the fastest time on SS4, the second run over Dooish, by just 0.1 of a second with Devine having a big moment early on that stage.

"I'd have taken 20 down overall, to be honest,” Edwards said earlier in the day.

“We've been very cautious on some of the really slippery bits."

Alastair Fisher and Gordon Noble, in their VW Polo, ended day one in third, followed by Josh Moffett, Meirion Evans and Sam Moffett.

Declan Boyle concluded day one as the leading Donegal competitor, seventh in the Fiesta.

Kevin Gallagher, whose home stage comes on Saturday, leads class 14 after the opening day. Gallagher, partnered by Ryan Moore in the Darrian T90 GTR, has just 1.7 seconds to spare on James Stafford, also in a Darrian.

Damien Tourish had a solid opening day and was third in class 14, 12th overall, at the close of action on Friday.