The first loop of High Glen, SS 16, has been cancelled, meaning crews will take on five, instead of six, stages today 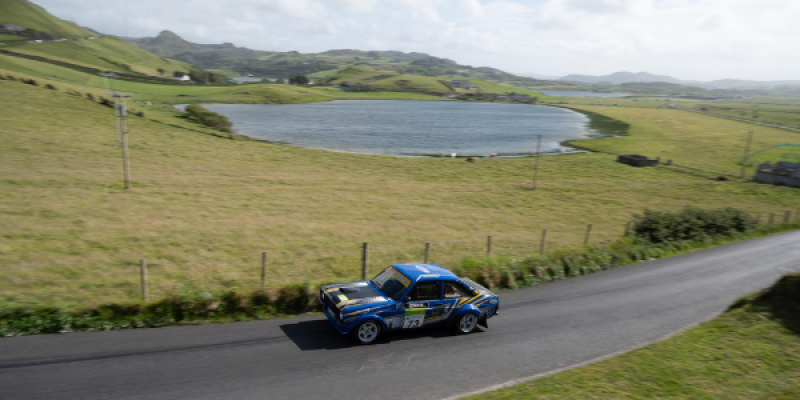 The third day of the Donegal International Rally will see only five stages instead of six take place.

The death of a resident on the route has led to organisers taking the decision to call off the first run around the High Glen stage.

A statement said: “High Glen will not run due to a bereavement and removal. Donegal Motor Club would like to send condolences to the bereaved family.”

Competitors will tackle Gartan and Atlantic Drive before returning to service. The cancellation of High Glen means that Matt Edwards has a stage less to make up 17.7 seconds on Callum Devine, the rally leader.

The second loop of the High Glen stage, SS 19, will run as scheduled.

The ‘Greatest Of All Time’ demo run - featuring some former winners of the Donegal Rally - will now take place on SS 15, Gartan and SS 17, Atlantic Drive.