Kelly McGrory: Running her way into the history books 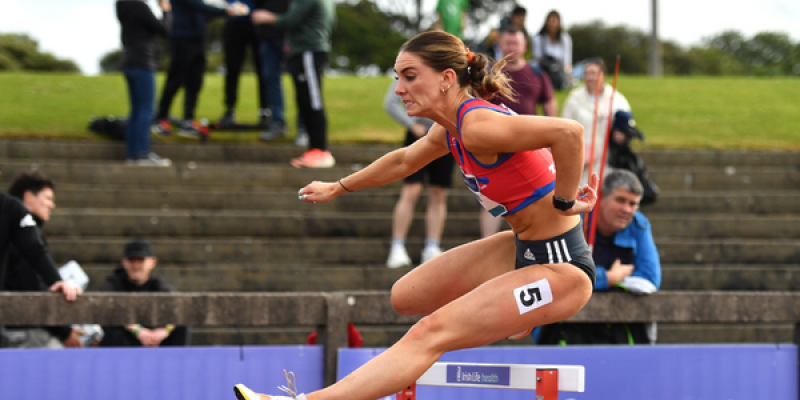 A little added test was that the race was over a flat 400m as opposed to her preferred 400m hurdles.

McGrory ran and shattered a 39-year-old record. The Tir Chonaill AC woman clocked 54.68 seconds to wipe out the Donegal 400m record of 55.72 seconds. That stood as the mark since 1983 when, at the same Morton Stadium in Santry, Christine Gallen of Finn Valley AC set her lifetime best.

“I had nothing to lose and it was good to get my flat time down,” McGrory tells Donegal Live.

For Patrick Quinlivan, this was a massive decision and one he didn’t take lightly as gymnastics had been his sport of choice for the past 25 years

“I was absolutely buzzing. I didn’t know for certain at the end of the race, but I was fairly sure it was a new record. I was thinking quickly and couldn’t recall any girls from Donegal running 54s. It was so good to get it - I’ve a good luck streak going at the minute.

“It wasn’t in my race plan to take on Morton at all and I only got the the call up on the Tuesday of that week. They had a few drop outs in the lead up and when they saw me running a 57 time over hurdles, I’d say they were like: ‘Maybe she could run an okay time in the flat and not be completely out of place’.”

At the National Senior Championships the previous week, the Laghey woman regained the Irish 400m hurdles crown. There, she broke her own Donegal record when going 57.22 seconds having set a new mark of 57.84 seconds at the Ulster Seniors.

“That was a tough race,” McGlynn says. “Nessa is a 57 runner as well. Only for the PB the week before in Belfast, I actually wouldn’t have dreamed of putting it up to her. If I hadn’t ran so well in Belfast, I’d probably have just gone in and sat behind her.

“To get that win, I was absolutely delighted. I genuinely didn’t think that I would come out on top in the battle. I exceeded my own expectations with the time - especially in the conditions.” 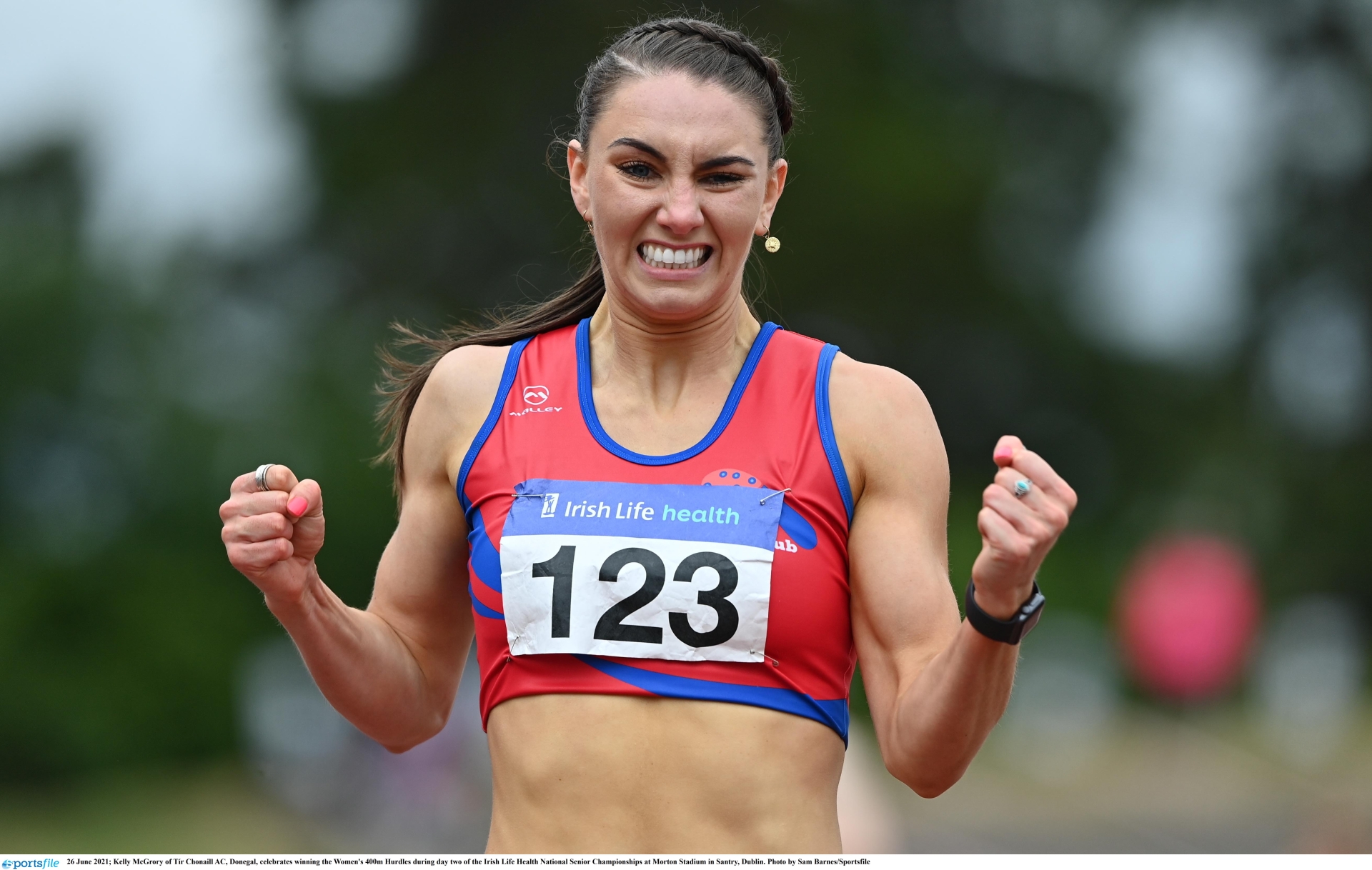 She was back at Morton last week minus the hurdles and it was a shock to the system.

“In my head, it’s an easier race because I just focus on the next hurdle.

“I wasn’t doing much work on the flat. Basically, I had no focus on it at all. I almost underestimated how different the two events are.

“I’m still putting in a lot of speed endurance work and a couple of hurdle sessions every week. The races are basically the same, but not in my head. When I ran the race, I knew there was more needed. It definitely wasn’t as straightforward as it seemed. Flat running isn’t as easy as I thought!”

Yet, her time goes to the top of the all-time charts in Donegal over the distance.

“I definitely am confident of lowering that time again,” she says. “I knew that I could have done some stuff better. It takes a few runs out to find a rhythm and start running quicker times. At the minute, there isn’t long left in the season and my focus will be on the 400m hurdles.”

In the lead-up to this outdoor season, McGrory was troubled by a back injury which she is still ‘managing’. The summer has gone better than expected.

Her coach, Hayley Harrison, told her at the beginning of the year that she could run 57 seconds over the 400m hurdles. McGrory brushed off the suggestion.

“I honestly didn’t believe her. I didn’t buy it. I genuinely didn’t believe that I could do it. I shocked myself with the performance. I am so happy now with where I am - and there is more in there.” 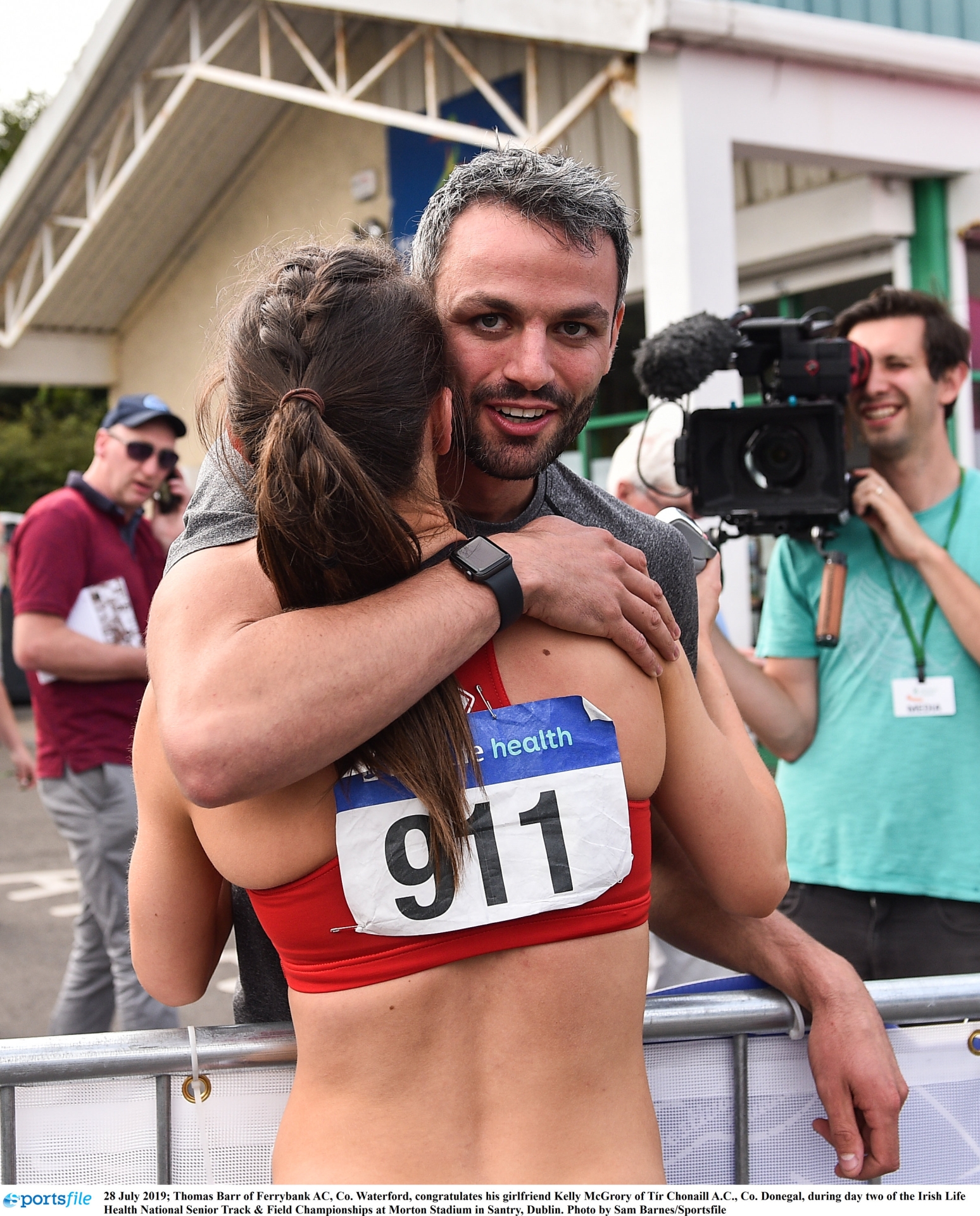 McGrory goes to Belgium for a race on July 16 before taking on the AI Games in Tullamore on July 24. Her season will wrap up in early-mid August.

A sports development officer with the Irish Wheelchair Association - “I’m all things para sports,” she says - McGrory is based in Limerick.

Having been beset by injuries during her youth, McGrory represented Ireland at the 2019 European Games in Minsk. The mixed 4x400 relay team set a new Irish record at the Dinamo Stadium when going 3:24.14 with McGrory doing the third leg in 54.4 seconds. Andrew Mellon, Sinead Denny and Luke Lennon-Ford were the others to run on that baking afternoon in Belarus.

McGrory is fortunate in that her boyfriend knows all about the commitment she must give her sport. Two weeks ago in Santry, Thomas Barr took his 10th Irish 400m hurdles title, the Ferrybank man crossing the line in 50.37 seconds. Barr is now ready to take on the World Championships in Oregon.

“It’s cool that both of us are in the same sport,” McGrory says. “There is a good understanding with each other about what’s needed.

“It was so cool that day we won the 400m hurdles on the same day. He was just coming onto the track as I was coming off. We set the bar high for each other. We’re in the same training group and more or less do the same training.

“When we’re into season, everyone’s programme is tailored depending on when the person is trying to peak. Thomas is off to the Worlds now and he was tapering at different times, but it’s great that we’re in the same group.”

The schedule is demanding. Six days a week she trains - “I wouldn’t be doing much more if I was a full-time athlete,” she mentions - but her’s is a mind and a world about one thing: Running.