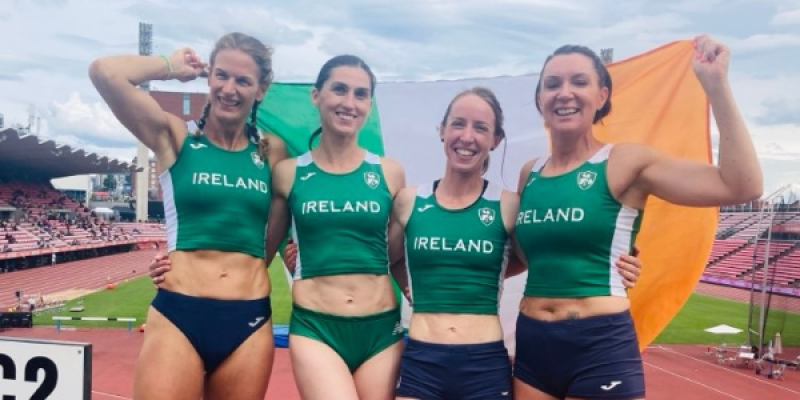 When Kathryn McDevitt stepped onto the track at the Ratina Stadium in Tampere, Finland last weekend, she sensed what was coming.

The Letterkenny AC woman had quite the year already, but the double gold won at the World Masters Athletics Championship eclipses all before it.

McDevitt was a gold medalist with the 4x200m squad at the European Masters in Braga in February.

The same month, she shattered a 27-year-old record at the Scottish Masters in Glasgow, clocking 26.78 seconds for 200m.

Last month, at the Northern Ireland Masters in Belfast, McDevitt won gold in the 100m, 200m and triple jump events.

In Tampere, McDevitt and the Irish relay teams delivered the big moments.

Snezana Bechtina and Sinead O’Regan, who were also on the 4x100m team, joined with McDevitt and Annette Quaid to secure gold in the 4x400m ahead of the United States of America.

In the 4x100m, the Irish quartet finished in 48.80 seconds with Avril Dillon, Bechtina and O’Regan joining McDevitt. 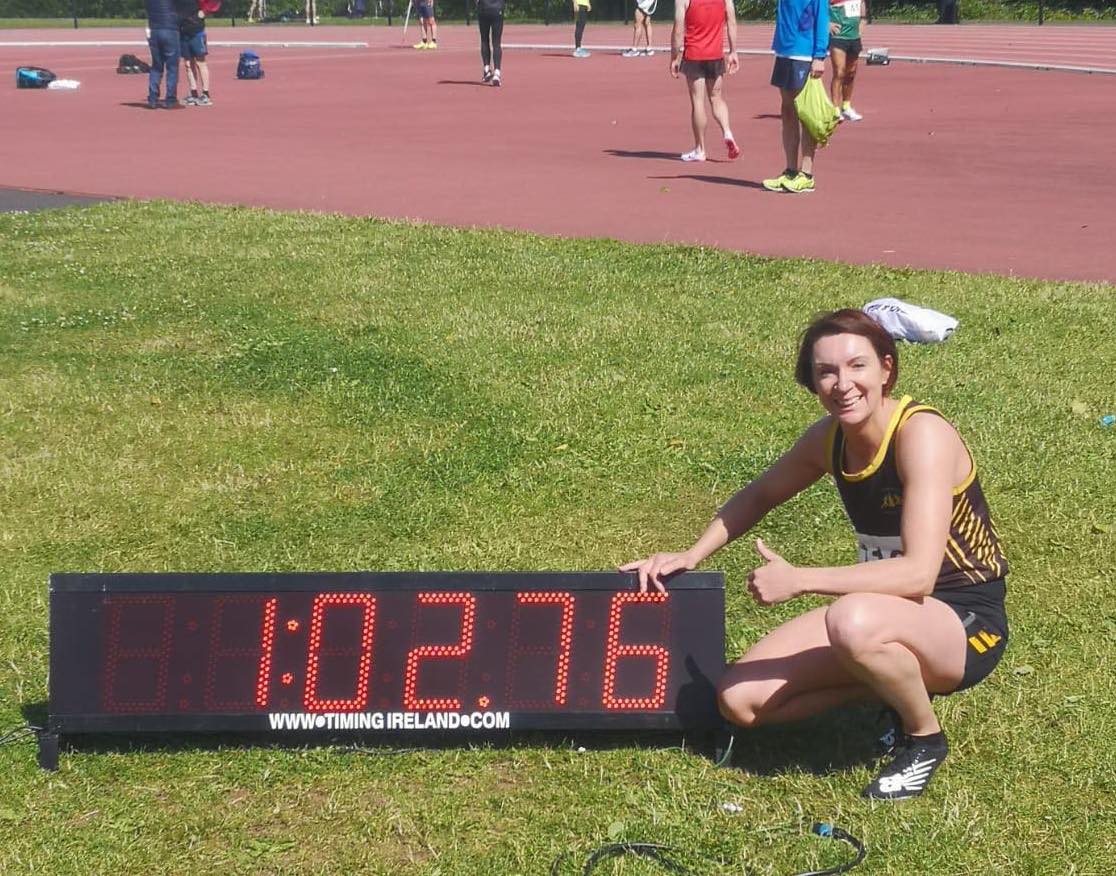 “It was all very overwhelming. Once Sinead took the baton, I knew that was it.

“We knew that the USA were a good team. We were all looking away for their times and just checking out the people in the race. For a sprinter, the 400m goes on forever.

“I hadn’t been planning for the worlds, but the relay team pushed me towards them.”

In her formative years, the talent was obvious when Kathryn Russell ran. Her story began under the direction of Michael Crampsie when she competed in the Community Games as a 12-year-old.

Derval O’Rourke, later a World Indoor Championships gold medalist in Moscow in 2006, was among her rivals. National titles were won, but at 17 she drifted out of the sport.

“There were really no initiatives to keep young girls in sport at the time,” she says. “It’s not like it is now. Danny Mooney mentioned to me about masters athletics when I was 35. I just said that I’d give it a go.”

Activity has always been her forte. She worked as an outdoor pursuits instructor, has a degree in PE teaching and has competed in sport from athletics to water skiing.

Patsy Doherty, a stalwart of Donegal athletics and a member of Finn Valley AC, gives her a reminder at times: ‘If only you had stuck at it . . .’

“I’m getting faster,” she enthuses.

“I’m running faster now than I ever did. When I came back in at 35, it all just clicked for me. I absolutely love it. I love the coaching, too. It means I get to put something back into the sport again. I feel grateful to get the chance to do that and some of those kids I have in the group will go on to wear Irish vests.”

One of her prospects, Erin Friel, won silver and bronze medals at the National Juvenile Championships last weekend in Tullamore. In the under-15 100m, Friel finished in 12.89 seconds while she took bronze in the 200m with a 26.09-seconds run.

McDevitt coaches Friel, but also trains alongside her group. The schedule is enough to make anyone balk.

“I’m a coach, an athlete, a mammy, a wife and I work full time,” she says, barely taking a breath.

“I was toying with the idea of doing an individual event in Finland, but that would’ve meant being away for 14 days. I couldn’t have done that.

“It is tough juggling it all. I do three track and two gym sessions in a week. On Wednesdays, I go to join in with Trevor McGlynn’s group in Omagh and that’s a real quality session. When I’m with the juveniles, I don’t do as many reps as they do so it allows me to still get a good body of coaching done.

“It is tough, but my training is all about quality over quantity.”