Lucy McGlynn confirmed for World Under-20 Championships after double gold 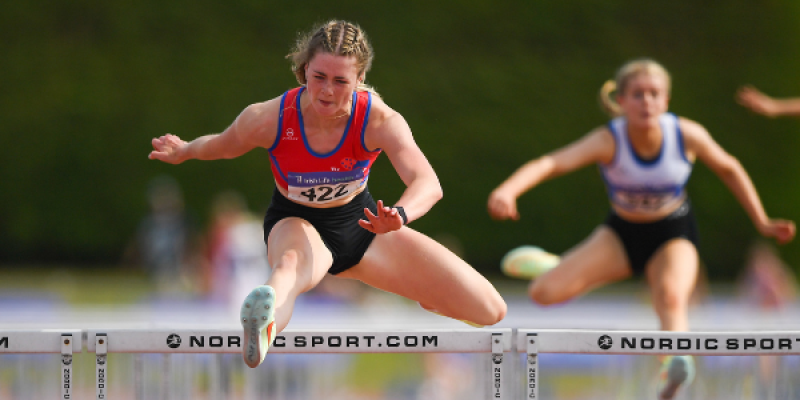 Lucy McGlynn on her way to winning gold at Tullamore. Photo: Sportsfile

Lucy McGlynn will go to the World Under-20 Championships next month after breaking the Donegal 100m hurdles record in Tullamore on Sunday.

McGlynn won gold in both the 100m hurdles and 400m hurdles at the Irish Life Health National Junior and Under-23 Track and Field Championships.

In the 100m hurdles, the Tir Chonaill AC star sped to victory in 14.02 seconds - a new Donegal record and PB.

The time is a B qualification for the World Under-20s, which will be held in Cali, Colombia from August 1-6 and McGlynn’s weekend was capped with notification of her selection by Athletics Ireland.

Joseph Gillespie recorded a new personal best of 13.99m to win the junior men triple jump. Having opened with a 13.82m leap, the Finn Valley man hit a new PB on his next visit and it was enough to secure gold with David Onwudiwe taking silver via a 13.44m jump.

Gillespie jumped to 6.41m for bronze in the junior men long jump with a 7.76 effort taking gold to Leevale’s Reece Ademola. 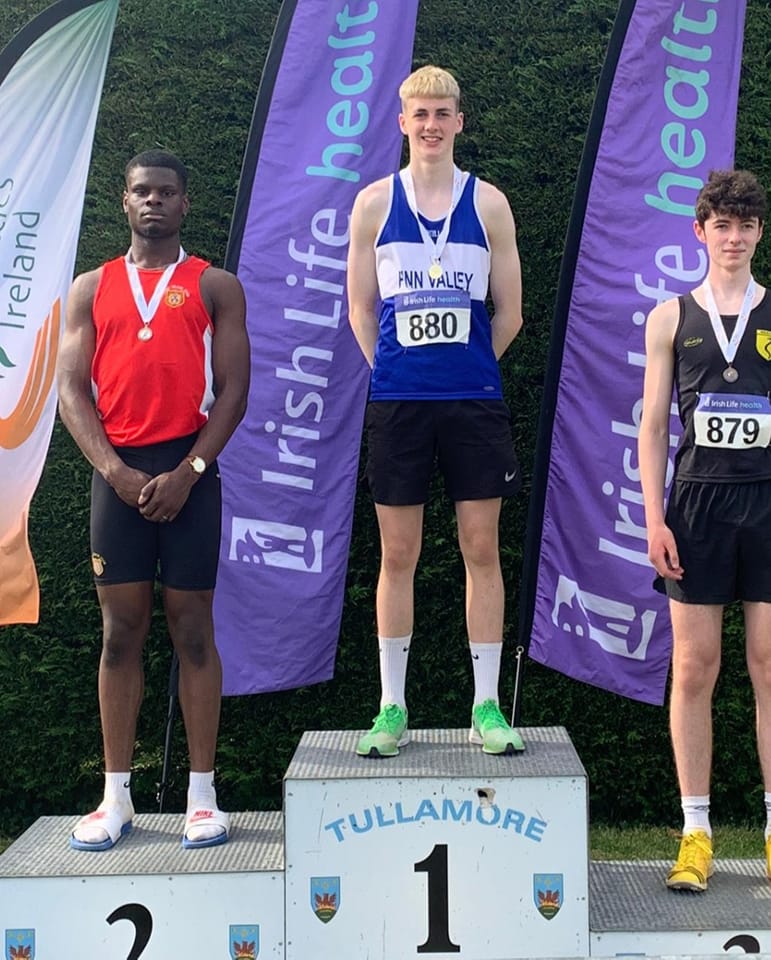 James Kelly took the under-23 men shot put crown. The Finn Valley AC man threw out to 16.45m to take a comfortable victory.

Tir Chonaill’s Alex Anderson won the junior men weight for distance competition. Anderson’s best throw of 8.01m saw him top the charts ahead of Padraic McCarthy from Los Tuathail, who went out to 7.27m.

In the shot, Gallen threw a best effort of 9.87m. Gallen reached out to the mark on her fifth throw. Her club colleague Una O’Donnell was fifth in the same event, her best throw of 9.32m.

A 51.01m throw secured silver in the hammer for the St Columba’s Stranorlar student, that effort marked in her fourth attempt.

Finn Valley AC’s Hannah Murray claimed silver in the junior women 200m and bronze in the 400m. In the 200m, Murray took silver when running 25.31 seconds with a 24.32 second run seeing the gold go to Leevale’s Lucy-May Sleeman.

In the 400m, Murray finished in a new personal best of 57.49 seconds. In the same race, Finn Valley AC’s Demi Crossan was seventh in 61.42 seconds.

Cormac O’Donnell of Lifford-Strabane AC won silver in the junior men hammer with a 52.23m effort with  Anderson (43.08m) sixth.