English misses out on World Championships final place by 0.2 of a second 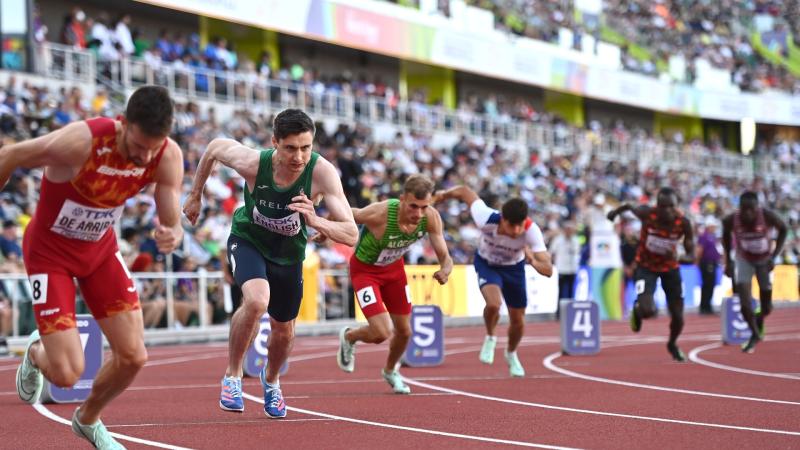 Mark English, second from left, during the Men's 800m semi-final during day seven of the World Athletics Championships at Hayward Field in Eugene, Oregon

Mark English narrowly missed out on a place in the 800m final at World Athletics Championships at Hayward Field in Eugene, Oregon, in the early hours of the morning.

The Letterkenny native put in a fine time of 1:45.78 to finish in fifth place in his semi-final as part of a top-class field, two-tenths of a second outside what would’ve sealed his place in the final for the first time.

A 52-second opening lap from the Finn Valley AC member had him right in the mix before the race was won by Algeria’s Slimane Moula in 1:44.89, with Canada’s Marco Arop second in 1:44.89.

Emmanuel Wanyonyi from Kenya also reached the final as a result of his third placed finish in 1:45.42. France’s Benjamin Robert was fourth over the line in a time of 1:45.67.

In the heats, English was just 0.05 seconds off his Irish record when running 1:44.76, which was the fastest time ever recorded by an Irish competitor at a major championship. 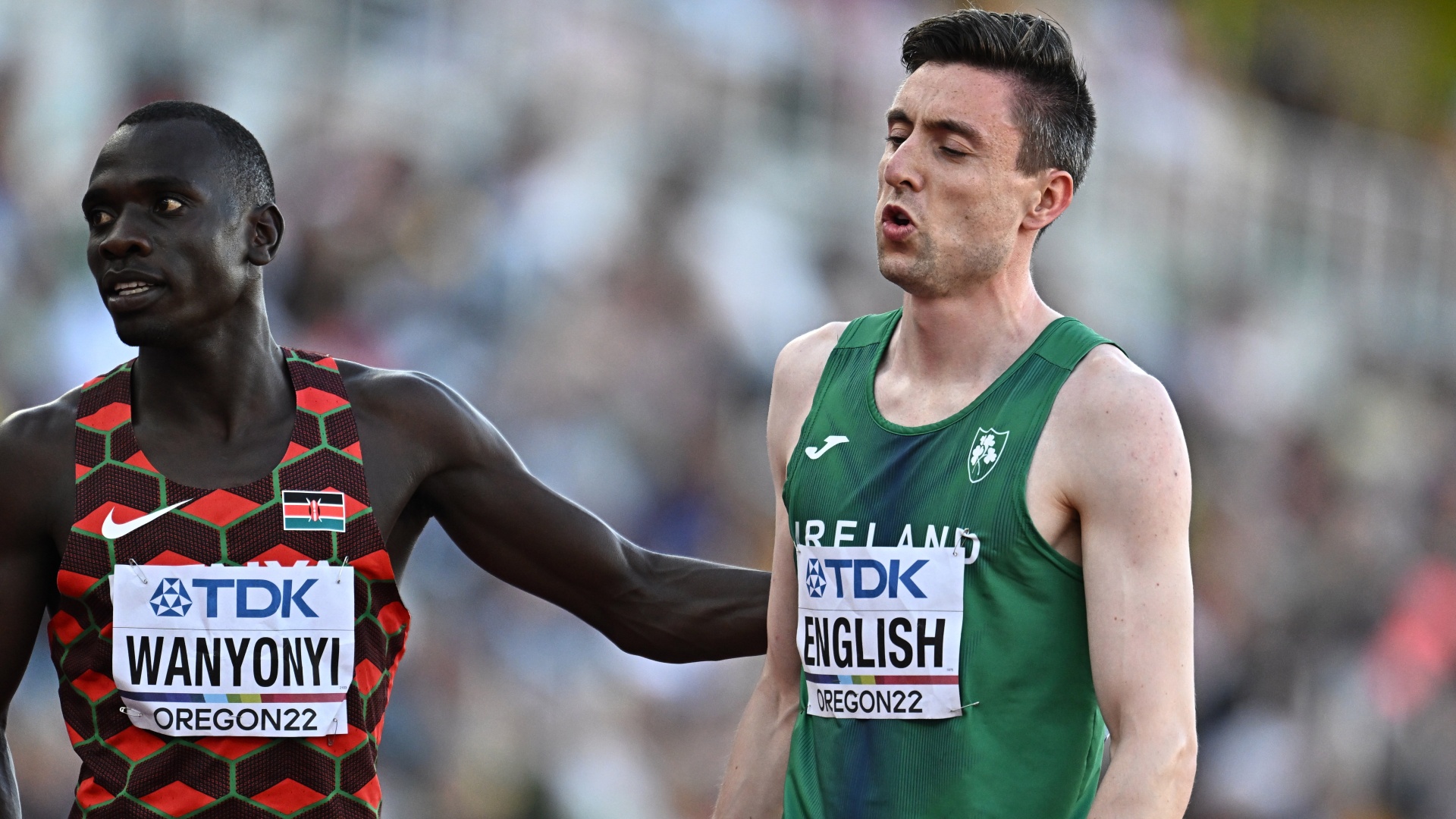 English’s impressive run in the heat meant he was fourth over the line and his time was enough to progress, even before his position was upgraded to third following the disqualification of American Jonah Koech, for barging Andreas Kramer from Sweden.

After hitting the high notes in Oregon, English can now put his focus towards next month’s European Championships in Munich, which get underway on August 11.