Big entry expected for Sunday's Donegal Half Marathon in Letterkenny

Now in its ninth year, the race, which is once again sponsored by the Kernan's Retail Group, continues to attract a large field 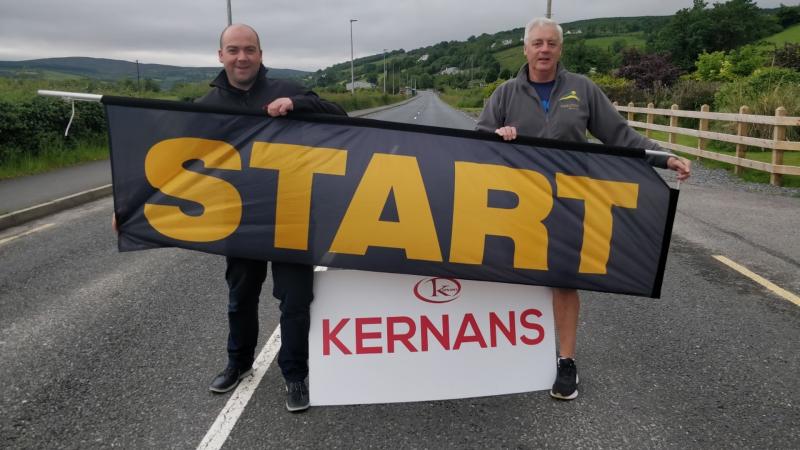 An entry of around 400 is expected for Sunday's Donegal Half Marathon which gets underway in Letterkenny at 9.20 am.

Looking ahead to Sunday, race director, Brendan McDaid, said he's happy with how preparations for the longest race of the Donegal Grand Prix Road Series have gone.

"We launched this year's race back in March and a lot of work has been done by the organising committee over the last five months," he commented.

"The New Mills 10K and the Danny McDaid 15K were ideal tune-up races for the Donegal Half Marathon. Entries are still coming in at a steady rate and we are expecting a last-minute surge over the coming days," he added.

The deadline for online entries for the 2022 Donegal Half Marathon is Friday, August 26th, at 6 pm.
No registrations will be taken on the day of the race and the cost for registering on Saturday afternoon at race headquarters at the Aura Leisure Centre will be ​€35.

Only the first 400 registered are guaranteed a technical t-shirt. Those who have entered online can collect their goody bags at the Aura Leisure Centre between 2pm and 6pm on Saturday. For the second successive year, the organisers have teamed up with Fáilte Ireland and have adopted the Wild Atlantic Way theme. The centrepiece of the finishers' medal will depict an image of Sliabh Liag, one of the iconic destination points along Donegal's Wild Atlantic Way.

Following feedback from a survey among those who took part in last year's Donegal Half Marathon, the organisers made significant changes to the course.

The two main changes see the removal of the climb up Letterkenny's Port Road and the large loop of the course being done the opposite way. The combination of these two changes has resulted in a new start line at the beginning of the Conwal straight.

There will be a flat four miles in and around the town before competitors head over the Oldtown Bridge, out Bomany and New Mills and through Rashedog before coming back into town along the main Glenties Road via Tullygay and Conwal, and finishing on the Danny McDaid Track at the Aura Leisure Centre.

"It's certainly a flatter and faster course. Hopefully, the weather will be favourable and the competitors will leave with a good experience," the race director said.

The Donegal Volunteer Centre is seeking stewards to help with the event. Those interested in helping on Sunday can email John at john@volunteerdonegal.ie

This Sunday will see the return of the popular and enjoyable 1k races for children after the main event gets underway. All participating children will receive a goody bag, courtesy of Donegal Sports Partnership, and a free cinema pass, kindly sponsored by Century Cinemas in Letterkenny.