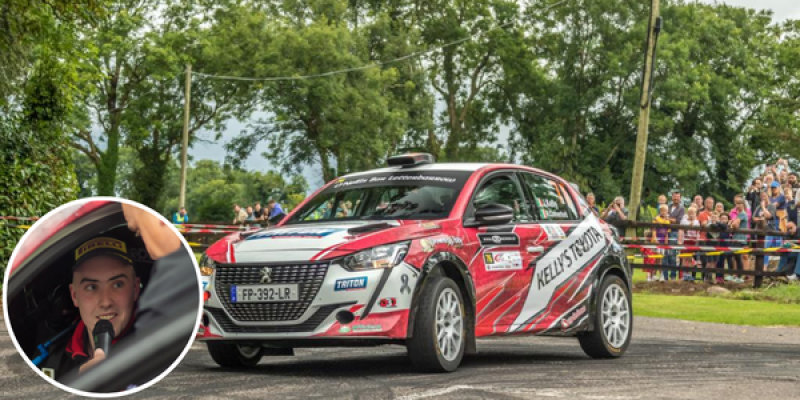 Kelly finished 28th overall at Rali Ceredigion in Wales - a result that takes the 19-year-old into an unassailable lead at the head of the board.

In a Peugeot 208 Rally4, Kelly has been rising in the sport since first competing in 2019.

He began in a Toyota Aygo and last year he competed in the Junior British Rally Championship in a Fiesta R2T.

Kelly moved onto 81 points with nearest challenger Ryan Caldwell sitting on 75 and Jason Dickson is third with 60 points.

Eamonn Kelly landed the Junior BRC title on Sunday when winning at the Rali Ceredigion in Aberystwyth, Wales.

Kelly tackled the mixed-surface Junior BRC in 2021 and spent much of this year in rounds of the Irish Tarmac Championship, gaining valuable seat time.

Kelly won class two at the Circuit of Munster Rally and was fourth in his class at the Donegal International Rally in June.

He headed for Wales just a few days after competing in the Ulster Rally.

As well as the FIA Celtic Rally Trophy, Kelly is also the ERT Junior champion for 2022.