Conal Thomas still walking the walk for boxing in Cork

Conal Thomas, who hails from the shores of Lough Eske, took up residence in Cork in 1982 and has given 40 years of service to Cork boxers

When boxing enthusiast Conal Thomas left Donegal 40 years ago, little did he know that he would become a close associate of some of the country’s leading boxers.

He has lived in Cork for 40 years having taken up residence on Leeside in 1982.

In the summer of 1984, his neighbours, the O’Sullivans welcomed a baby boy into the world and Thomas attended the christening. It was the start of a lifelong connection with Gary ‘Spike’ O’Sullivan.

O’Sullivan has shared a ring with the likes of Billy Joe Saunders, Chris Eubank Jnr, David Lemieux, Jaime Munguia and Erislandy Lara in recent years and has headlined at the T-Mobile Arena in Las Vegas and the Wembley Arena.

Moville man Darragh Kelly has weighed in for his clash with Kye Stevens on the Bellator 285 card at the 3Arena in Dublin.

Thomas, who owns Conal’s Tree Services and has sponsored several Irish boxers, including O’Sullivan, walked O’Sullivan to the ring for his big bouts.

“I always had a huge interest in boxing,” he told Donegal Live.

“We had nothing at the time we moved to Cork and the country was in a massive recession. Thankfully, things changed and I developed Conal’s Tree Services. We went from having six people to 70 and I was in a position then to look after ‘Spike’.”

Thomas’s young son, Donal, died of meningitis and the O’Sullivan family were unwavering in their support.

His father died when he was only eight years old and Thomas, who grew up at Ardatole on the shores of Lough Eske, took to boxing at the St John Bosco Boxing Club in Donegal Town.

“I used to walk the seven-and-a-half miles in to the boxing,” he said. “Patsy Kelly was the trainer and the Hannas were all involved, John, Dave and Edward.

“I got a job on the bridges so I was at a rake of different clubs. Wexford and Cork. I never settled after that in boxing myself because I was on the move so often.” 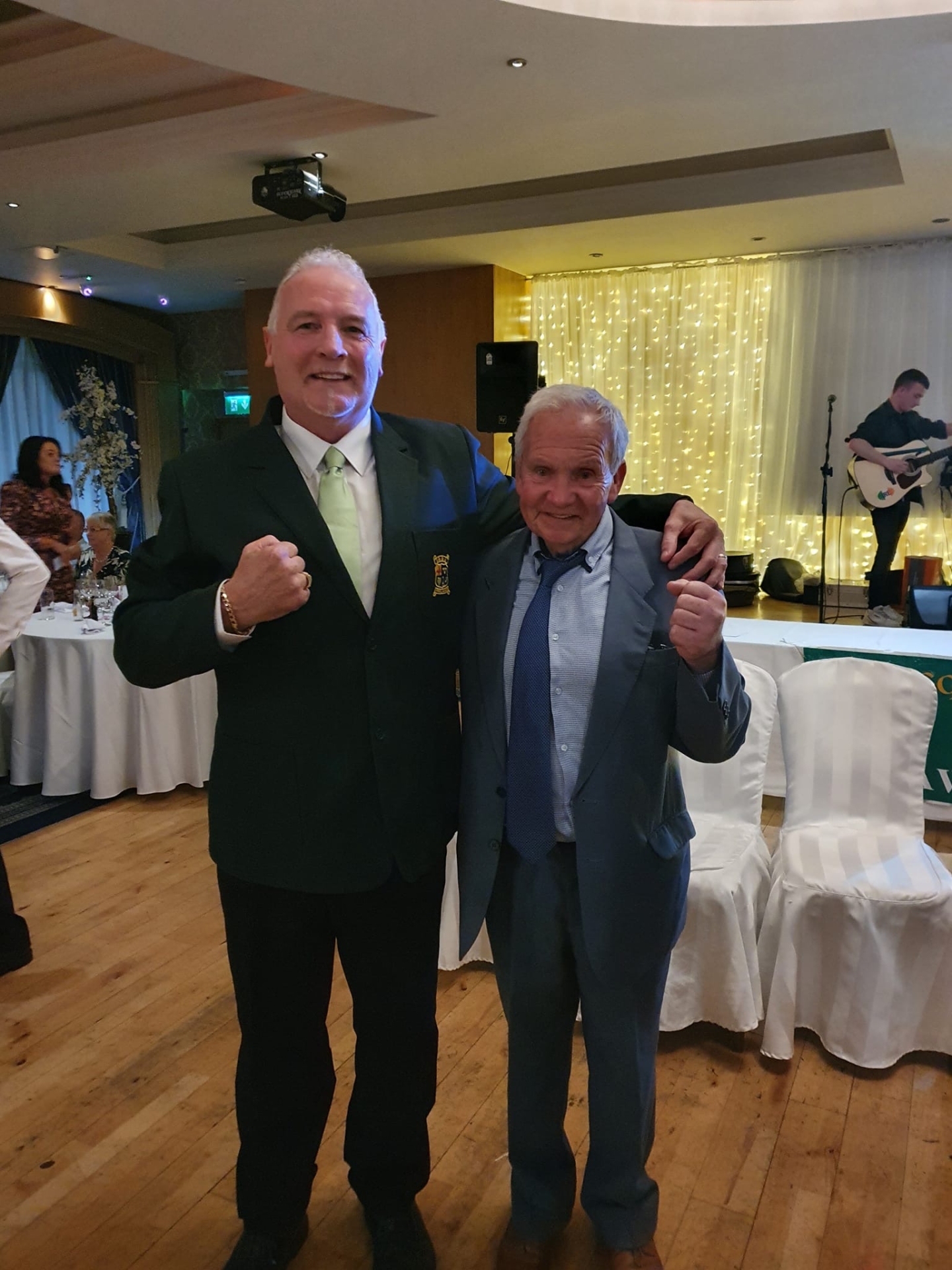 Thomas was in Donegal last weekend and attended the County Donegal Boxing Board awards function at the Villa Rose Hotel in Ballybofey, perched at a table between two of his former heroes, Charlie Nash and Paddy Doherty.

He said: “I love Donegal. I have a house up in Glebe. My mother died in 2008 and we done the house up so now I try to come up at least once a month.

“I became good friends with Jason Quigley and I met him a few times in America. When you see the talent in Donegal, it is amazing.”

His daughter, Shelly, won four Irish titles and his love of the sport has never waned.

Last year, he unveiled a plaque on the boxing wall in Bishop Lucey Park in Cork to mark the 25th anniversary of Steve Collins’ famous win over Chris Eubank for he WBO world super middleweight title at Millstreet.

“It was the most amazing event,” he said. “We got Steve to Millstreet as part of a three-day event and the place was sealed off. We thought there would only be a handful of people there. The place was packed.”

Thomas had walked with O’Sullivan to his bout with Eubank Jr and there was a surreal moment when he found himself in the ring standing between Eubank senior and Collins.

Through his connections with O’Sullivan, Thomas sponsored other Irish boxers like Jono Carroll, Steven Ormond, Steve Collin junior and he got to know former WBA super-bantamweight contender TJ Doheny.

“I gave them all work and sponsored them all,” Thomas said. “There is no money starting off in boxing and I feel fortunate to have been able to help them.”