'The Moville Mauler' Darragh Kelly overcame Kye Stevens by unanimous decision at the 3Arena in Dublin. 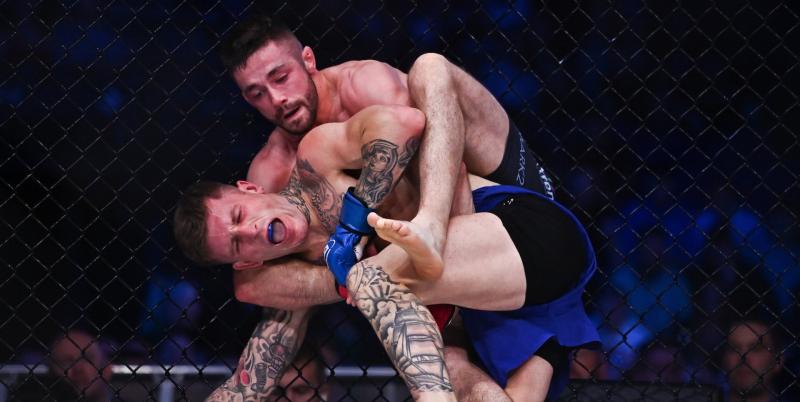 Chris McNulty, Cageside at the 3Arena

Darragh Kelly earned the second win of his professional career on Friday evening when defeating Key Stevens via unanimous decision.

Kelly entered the area a deafening roar against the drones of Oró Sé Do Bheatha ‘Bhaile. It was main event-esque and demonstrated Kelly’s popularity.

It might have been a dominant win by Kelly on the Bellator 285 show, but the Donegal man was angry with his work.

Kelly took Stevens to the floor early in the boat and exerted his control in the opening verse. Stevens, though, got to his feet and landed a neat right [aw on Kelly in the dying seconds of the round.

Kelly had a long camp, stretching to 15 weeks, for this bout and was aiming for a stoppage.

The second round saw a delay after the tape came off Kelly’s left glove midway through. The relentless grappling from Kelly offered Stevens title chance and Kelly ended the second with his back against the cage unloading a barrage of elbow strikes on Stevens.

At SBG in Dublin, where he trains under Conor McGregor’s coach John Kavanagh, Kelly honed in on nullifying Stevens’ striking ability. McGregor was cageside for Kelly’s win over Morgan, but the onset of Hurricane Fiona in the Dominican Republic, where the UFC star is filming for his Hollywood debut, meant he had to cancel a planned flight home for this card. 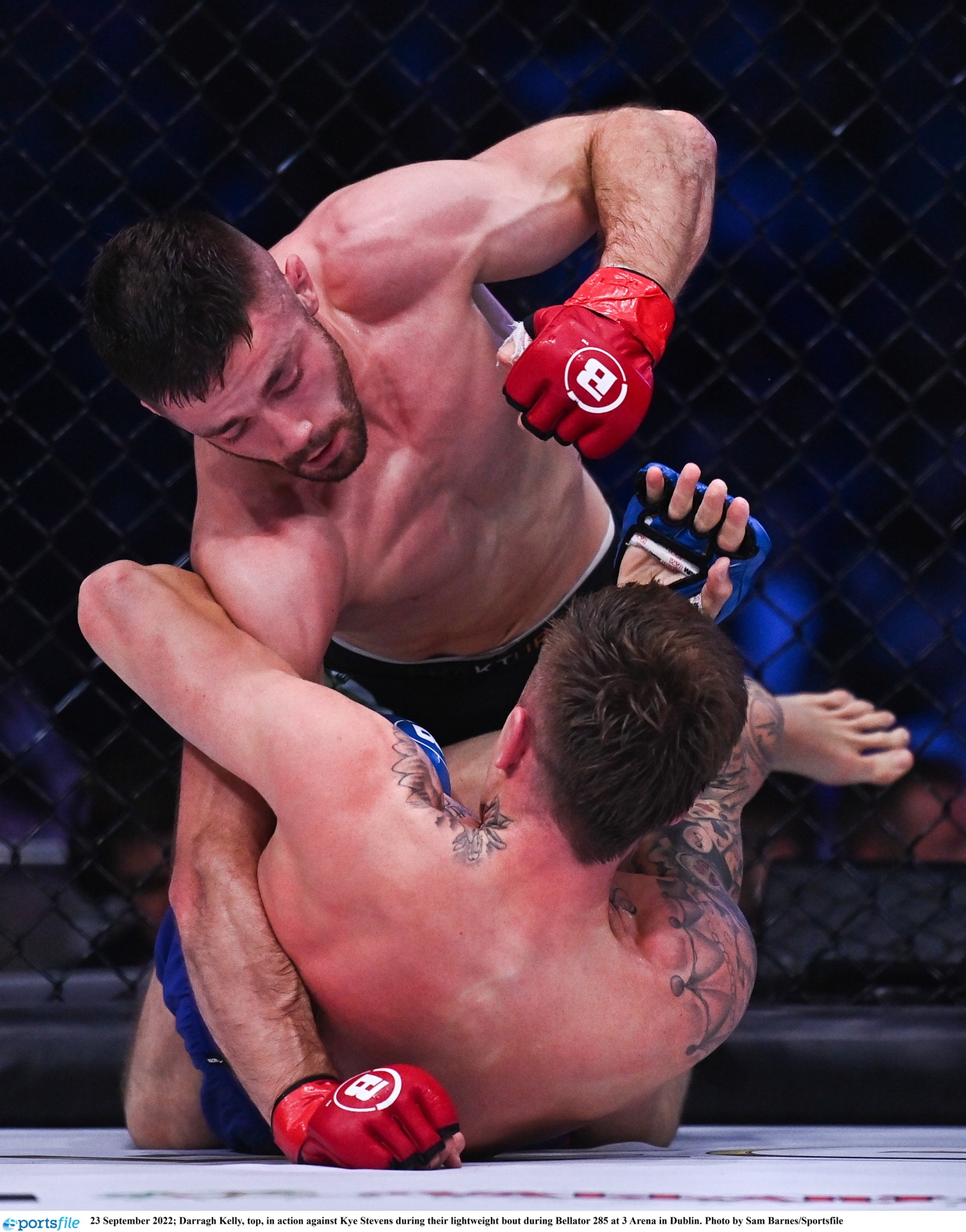 The 24-year-old flicked over to the professional ranks towards the end of 2021 with an unblemished 9-0 records as an amateur.

Kelly was in the cage for just one minute and 47 seconds of his debut. In February, he stopped Junior Morgan via a guillotine choke inside of two minutes.

He had to go the distance here and might well have got a stoppage in the bout’s final minute. Kelly looked close to finishing with a rear naked choke. That he didn’t stop Stevens in those moments was perhaps his biggest frustration, but when the hooter sounded the 3Arena’s audience left no doubt as to the victor with Kelly atop the cage taking his acclaim.

Stevens, a 24-year-old Portsmouth native, turned professional in 2019 having been 6-1 as an amateur.

The Englishman was out of action for 23 months following a December 2019 loss to Lukasz Szala. Post Covid-19 pandemic, Stevens defeated Charlie Guest last November and Stelios Theocharous in April.

In between times, his bout with Joshua Onwordi in March went down as a no contest following an accidental eye poke.

Stevens drops to 3-2 with Kelly now 2-0 as a pro and eyeing up a return when Bellator come to Dublin again in February.