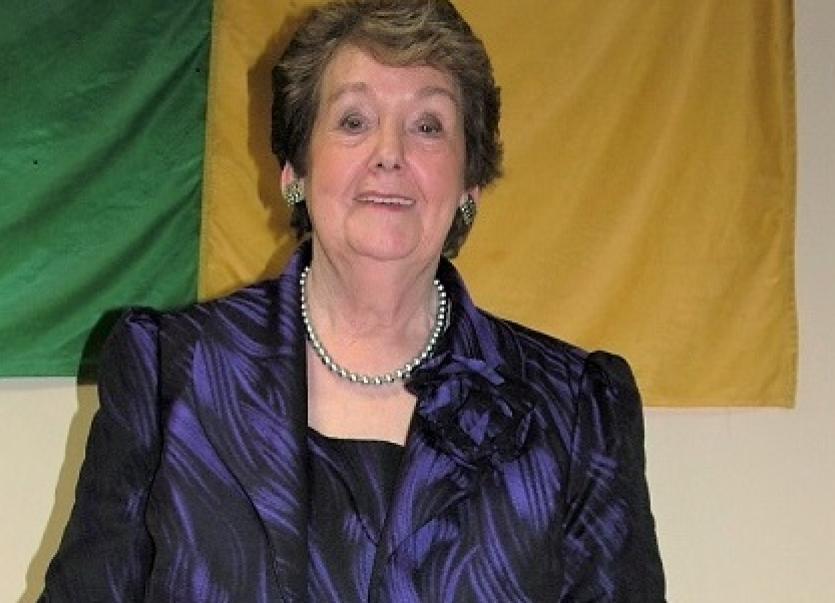 Maighréad Uí Ghallchóir, known locally as Maggie Gallagher from Dunlewey, who was for many years to the fore in community affairs, educational and cultural activities in the parish passed away recently at Letterkenny University Hospital.

She served for a number of years on Comhairle Raidió na Gaeltachta. She also served on the Parents Committee of both Pobalscoil Ghaoth Dobhair and Scoil Phádraig, Dore. She also was a member of the former Comhairle Paróiste Ghaoth Dobhair and she spent fourteen years as a tour guide at the Glenveagh National Park. She often participated in discussions on Raidió na Gaeltachta, was very interested in politics and was not afraid to speak her mind.

Born on February 16, 1938, Maggie was a daughter of the late Joe and Anne Walsh. She was born in the townland of Ardveen which is located five miles from Dungloe. Maggie was the youngest child of a family of nine children. She attended Mín na Manrach National School, which is now closed. When she was seven years old her mother, Ann decided to bring the family to Glasgow to join her husband who was working there. Her parents were planning to have a new house built at Ardveen. The young Maggie went to a Glasgow school and at the time could only speak Irish. However, she gradually learnt the English language. Whilst living in Glasgow, her mother became ill and passed away. She was aged fifty. When the new home was finished the family moved back to Ireland and Maggie went back to Mín na Manrach National School. Afterwards she went on to study at the former Loughanure Technical School and travelled to the school by bike.

In 1963 she married Dermot Darby Gallagher, a Dunlewey native and after their marriage they went to live in Moneymore, Dunlewey. She was predeceased a number of years ago by her husband, and was also predeceased by her infant daughter, Maighréad. A very talented woman, she was gifted with a lovely voice and was a brilliant singer. She was also a member of the Mín na Mancrach drama group.

Maggie was one of first four houses to provide accommodation to children attending Coláiste Cholmcille in Dunlewey. She saw the importance of this college to a small community like Dunlewey. It provided a great source of income to mná tí, greatly boosted the local economy and it provided an opportunity for children to come and master the Irish language. A kind and friendly individual many of the children staying with her continued to correspond with her with some coming to visit her in later years.

She was one of the founder members of Forbairt Dhún Lúiche and in the initial years served as chairperson. She was one of those who spearheaded the annual Féile an Earagail. During her time on the committee the local national school was refurbished and extended to cater for Colaiste an Phiarsaigh, Féile an Earagáil, and other gatherings.

In a moving tribute, a spokesperson for the local Development Committee said: “Today a dark cloud hangs over our Glen following the passing of Maggie Bn Uí Ghallachóir. We would like to extend our sincere condolences to her family at this difficult time. Maggie was always an advocate for community development and the Irish college in Dunlewey, having initiated many projects down through the years. This time last year, she organised a Remembrance Mass in the Ionad Pobail. She was always at the heart of our gatherings and her legacy will always be remembered and appreciated in the community. May she rest in peace.”

Her remains reposed at her former home on Friday. Her concelebrated Requiem Mass was celebrated at 1pm in the Church of the Sacred Heart, Dunlewey on Saturday. The celebrant was Fr. Brian Ó Fearraigh, C.C., and Séiplíneach Phobalscoil Ghaoth Dobhair and concelebrants were: An Dr. Ró Oirmh. Pádraig Ó Baoighill, P.P., Gaoth Dobhair and Fr. Aodhán Cannon, P.P., Dungloe. The lessons were read by her son, Stephen and by her daughter, Angela. The soloist was Eileen Sweeney who also performed on the tin whistle and she was accompanied on guitar by Pat Duffy. At the end of the Mass Máire George, a friend and neighbour of Maggie read a beautiful and sad poem she composed in her memory. She was laid to rest afterwards in the adjoining cemetery.

Predeceased by her husband and infant daughter, she will be sadly missed by her loving family, daughters, Mary and Angela, sons Maurice, Brian, Paul, Dermot and Stephen, grandchildren, sisters, Annie and Madgie, and extended family. Sadly her son, Brian who is living in Boston was unable to travel to Ireland for the funeral. Ar Dheis Dé go raibh a hanam uasal.