Late Peggy Fitzgerald, Bundoran - the heartbeat of a thriving resort 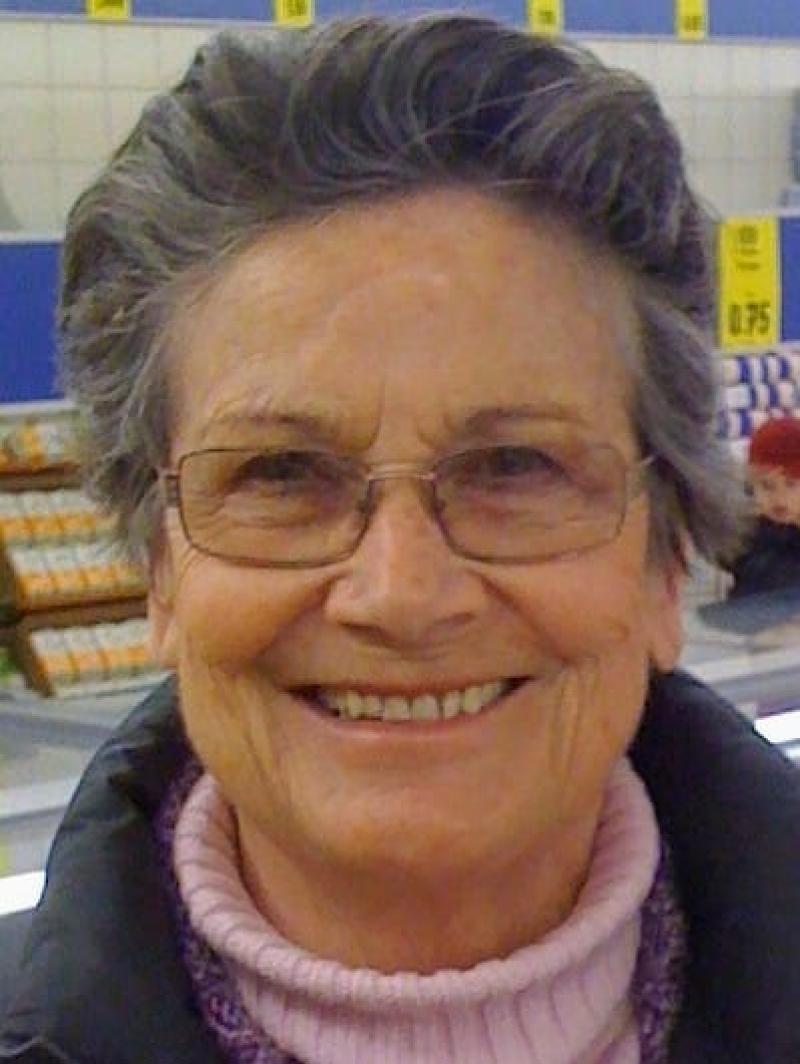 The town of Bundoran lost one of its finest and most able citizens last week, following the funeral on Monday last, August 1, of Peggy Fitzgerald (née Martin), late of Main Street and Newtown, Bundoran.

The previous Friday, Peggy (86) had passed away peacefully surrounded by her loving family at the residence of her daughter Ann Marie and son in law Liam.

Peggy was one of the emerging crop of entrepreneurs that were part of the thriving resort of the sixties and who helped modernise the local business landscape, later building a chain of music stores in a number of different towns, including Bundoran and Letterkenny.

Her radiant smile, charm and warm personality ran in tandem with an astute entrepreneurial business acumen and spirit that saw her and her family leave an indelible mark on the seaside town.

Peggy had five brothers and sisters and was a native of Corratillan, County Cavan - Jimmy (who survives her), Frances, Emily, Hugh and Paddy.

At a young age she was encouraged to go to New York, where she worked with a firm that sold watches, before later joining Eastern Airways and then British Airways as an Air hostess.

She travelled extensively before she met her late husband, Richard Fitzgerald of worldwide ceili band fame and they married in 1963.

Richie and Peggy brought five wonderful children into the world, but sadly lost their beautiful daughter Frances, in 2003.

In a poignant homily, chief celebrant Rev Canon Ramon Munster P.P. said that in those early years of the sixties, the ethos in the seaside resort was one of very hard work during the short summer months and Peggy very much epitomised that spirit.

He said that her children always spoke highly of her love and affection for them and her dedication to their educational and other needs, while also encouraging and involving them in the various family business initiatives.

She also used her talent in general business as well as her many contributions to the Bundoran community, including the fledgling Tidy Towns movement and its many environmental offshots.

She set up the Four Seasons restaurant on the Main Street which is better known today as Waves and is still operated by her family. That later morphed into different entities including a music shop and when the adjoining premises were purchased, Surfworld opened in 1990.

With the family business located beside the Holyrood Hotel in those early years, Peggy also worked together with the late Mrs Elizabeth McEniff, for their mutual success, Canon Munster said.

Then with her late husband’s, Richie’s dedication to music, she also set up a number of music shops, eventually expanding to six stores in towns here and in England.

And not alone did they supply the full repertoire of music paraphernalia from LP’s and later CD’s into the various shops, she also facilitated the needs of local schools.

Canon Munster said that it could not have been easy in those days, travelling from town to town, to meet the demands and challenges of such enterprises, while making sure that both family life and business were a success.

He added that it was probably her earlier years of extensive travel in the United States and elsewhere which gave her that stamina and strength to run the various businesses.

The shops were located in Bundoran, Letterkenny, Sligo, Monaghan, Castlebar and one in Luton, England.

Can Munster said that someone had described her as a “sensible entrepreneur” which he thought was a very fitting comment.

In terms of her contribution to local community development he alluded to the fact that she was involved in the local Tidy Towns movement long before its current incarnation and was an early driver of the now annual St Patrick’s Day parade, which attracts thousands of visitors to the resort every March 17.

She was the pioneer of the Bundoran album, which highlighted the many attractions of the local area.

Peggy had also served as the Chairperson of the local St Vincent dePaul committee, was a frequent Mass attender and had been a Eucharist Minister and member of the Church’s Altar Society.

Her passing is deeply regretted and she is sadly missed by her loving family, daughters Anna Marie and husband Liam Stewart, Karen and husband Noel Gallagher, sons Joe and wife Máire, Richard and wife Briohny, her beloved grandchildren Emily, Ellen, James, Sarah, Adam, Susan, David, Ella and Kai, her brother Jimmy Martin (Corratillan, Cavan) and all her many relatives, neighbours and friends, to whom deepest sympathy is extended.

Following the Mass of the Resurrection at the Church of Our Lady Star of the Sea, Bundoran, burial took place afterwards in St. Ninnidh's Cemetery, Newtown.

Among the concelebrants was Fr Brian Conway and Msgr Liam Kelly.

Peggy Fitzgerald represented the very heartbeat of the thriving resort for over four decades, and as a community the town of Bundoran will forever be in her debt.