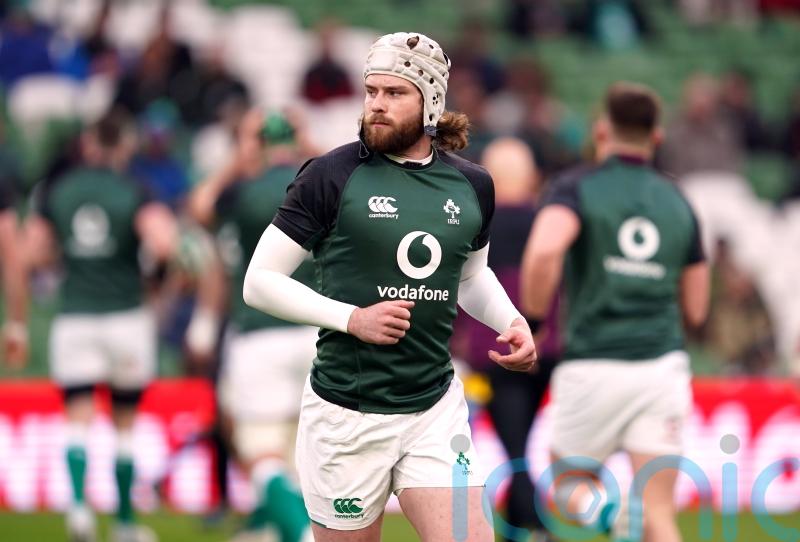 Ireland wing Mack Hansen admits he previously had more desire to travel the world than play international rugby as he seeks to cap his first Guinness Six Nations campaign with silverware.

Australia-born Hansen has been recalled for Saturday’s decisive Dublin game against Scotland, with the Irish bidding to clinch the Triple Crown and snatch the championship title.

At the start of the year, the 23-year-old – whose mother hails from Cork – had little expectation of making Andy Farrell’s squad for the tournament.

But, buoyed by a string of standout displays for Connacht and growing self belief, he is delighted to be satisfying his wanderlust while simultaneously making a mark at Test level.

“I’ll be honest with you mate, it wasn’t until maybe last year that it was a huge thing in my mind to play international rugby,” said Hansen, whose Ireland debut came in the opening-weekend win over Wales.

“I always wanted to travel around the world and play in as many countries and teams as I could and just get the most out of footie.

“There was just a bit of a free spirit behind it, I just wanted to see as much as I could. 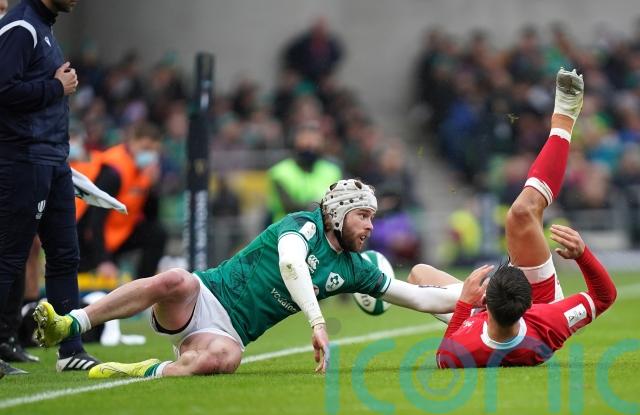 “But I’ve realised that international footie pretty much does that for you for free. It does take you around many, many places in the world and you just get to do it with a huge group of blokes and it doesn’t get much more fun than that.

“I have loved every second of it. All the lads here are great fellas.”

Hansen last year left Canberra-based club Brumbies to move to Galway before training with the Ireland squad during the autumn.

He is already making rapid progress with his travel bucket list, having ticked off Paris and London in recent weeks.

The former Australia Under-20 international claimed his maiden Test try in the 30-24 round-two defeat in France and, following a cameo role at home to Italy a fortnight later, had to make do with watching last weekend’s 32-15 win over England from the Twickenham stands after being left out of Farrell’s match-day 23.

Asked what prompted him to take the sport more seriously, he replied: “I just started to back myself a lot more; I was getting to a point where I don’t know if I had that extra bit of confidence I have now.

“Ever since I left school, club rugby I was fine but I just felt I wasn’t really kicking on that extra step at Brumbies. Once I got a bit more time at Brumbies, I realised maybe I am good enough to get there.

“The next step for me was coming over here and I just thought I’m going to give it everything I’ve got and play my style of footie. And if works out, it does, and if it doesn’t, it doesn’t. It was definitely just a little bit of self belief.

“There is always going to be people who think you’re not good enough or aren’t going to be backing you the full way.

“None of that really matters as long as you back yourself and give it your all – that’s all you can do at the end of the day.”

Following a round-four break to reflect on his rapid elevation, Hansen will line up on the right flank against the Scots in place of the injured Andrew Conway.

Victory over Gregor Townsend’s men will guarantee the Triple Crown, while Ireland’s hopes of pinching the ultimate prize rely on England upsetting Grand Slam-chasing France in the evening kick-off.

“It’s great (to be back), I’m absolutely stoked,” said Hansen.

“Any opportunity to play international rugby is a privilege so to be back in and with a Triple Crown on the line is an awesome feeling.

“It would be great for Irish rugby as well, especially leading into a World Cup year.

“If we get the win then we’ve done our job and we’ve done as much as we can. We’ll see how it all pans out.”