Conwell and St. Catherine's in no mood to panic just yet 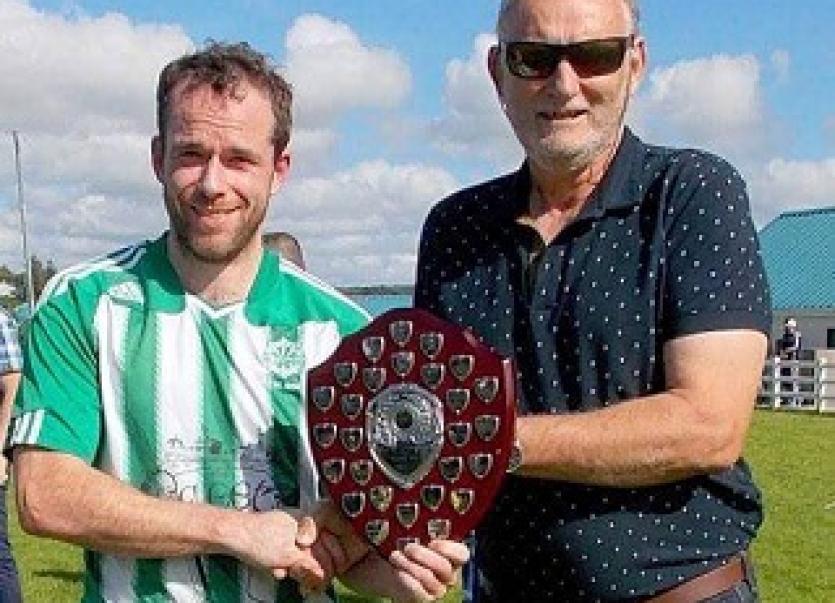 This time two years ago, David Conwell was part of the St. Catherine’s team that were well on their way to winning the Brian McCormick Sports Premier Division title.
Well into the current campaign, and the Killybegs club are staring down the barrel of relegation.
Conwell, one of the team’s most experienced campaigners, insists that despite their current predicament, there’s nobody hitting the panic button just yet.
“We’ve too many boys in our team who have been here before,” he said.
“There’s plenty of experience in this side and this season, this league has been very close. We know that with a couple of good results, we could be right back up the league again.”
St. Catherine’s sit second from bottom in the Premier with just one win from their ten league games to date. That victory came back in October when they defeated Rathmullan Celtic at Emerald Park.
“I think scoring goals has been a problem for us,” Conwell said.
“We haven’t really lost too many games. We’ve probably drawn too many, but if we could taken a few more chances, those draws could have been turned into victories.
“But it’s a strange league this year. It’s pretty close all round.”
The team’s hopes of climbing clear of trouble have been boosted by the return to action of Barry Rose. However, on the flip-side, they’ve lost Ryan Cunningham and Odhran McGuinness, both of whom are back with Finn Harps at underage level.
This Sunday, league leaders Drumoghill FC are the visitors to Killybegs and Conwell said the team will be up for the challenge.
“We don’t fear a team like Drumoghill coming here,” he said.
“The thing is, we’ve been playing okay this season. Look, we’re in the semi-final of the Brian McCormick Cup and we’re in the quarter-final of the Ulster Junior Cup too, so it’s been a decent enough season on that front.”
Conwell, now 32, has been an important part of the St. Catherine’s team for several seasons. A former Finn Harps player - Conwell lined out in one competitive fixture under Noel King away to Cobh Ramblers - he also excelled at both Gaelic football and athletics.
He played underage for Donegal up to and including U-21 and holds Ulster and All Ireland medals running cross-country for his club, Killybegs AC and Donegal.
Sunday’s game at Emerald Park is part of a busy programme in the Donegal League.
There are important games too in the First Division, including the meeting of Gweedore Celtic who are third, and who take on second placed Donegal Town at An Screaban.
Cappry Rovers continued to lead the division and host Deele Harps this Sunday.
Third plays second in the CT Ball Division as well with Dunkineely Celtic hosting Lifford Celtic.