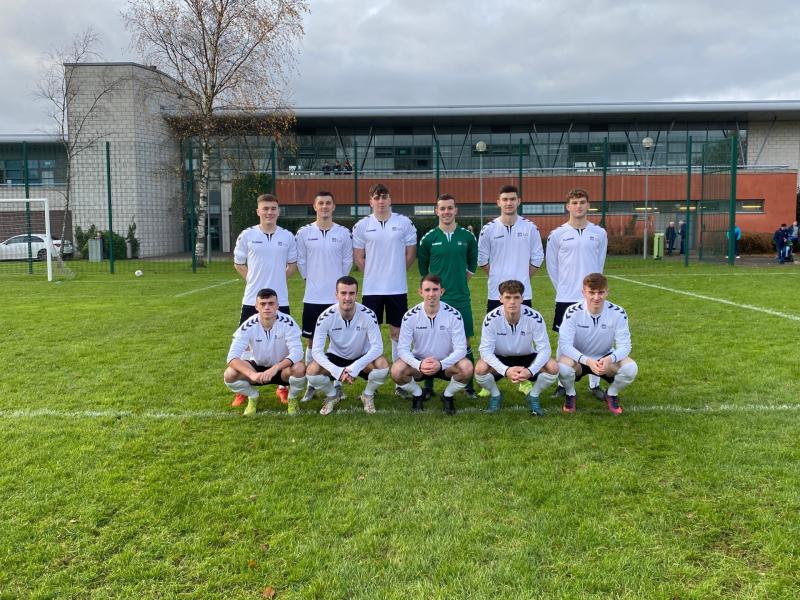 The LyIT team before the game against UUJ.

Four goals in the first half laid the platform for a facile win for Letterkenny Institute of Technology over UUJ at the Port Road on Wednesday afternoon.

Adam McCaffrey and Joel Bradley-Walsh netted inside the opening eight minutes to send Shane Byrne’s men on their way to victory.

LyIT were stung by a 95th minute equaliser from Queen’s University last week and were keen to put this one to bed.

With Michael Harris and Stephen Doherty on target before half-time, they were firmly in control before Liam Walsh added the fifth.

There were just four minutes gone when Pat Loughrey and Harris combined and the move ended with McCaffey tucking into the bottom corner.

After a Harris shot was blocked by a handball on the edge of the D, Bradley-Walsh stepped up to fire a superb free kick past Ruadhan McKenna just four minutes later.

Eight minutes before half-time, Harris converted from a Loughrey cross.

Soon after, Harris hit the post, but Doherty was on hand to score from the rebound.

On the hour, Harris was the provider and Walsh took a touch to tee himself up for a neat half-volley that completed the rout.