Walsh hat-trick spurs LyIT to another win in CUFL 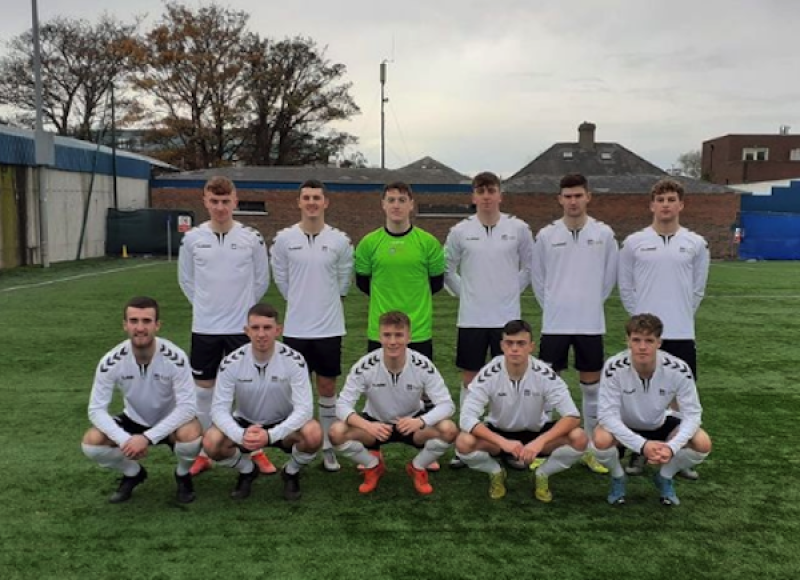 LyIT before their big win in Dublin

Liam Walsh netted a hat-trick as Letterkenny Institute of Technology scored another big win in Division One of the Colleges and Universities Football League (CUFL).

Shane Byrne’s team remain unbeaten in the competition after last week’s 5-0 win over UUJ and an opening day draw with Queen’s.

Walsh, who plays for Institute in the Irish League Championship, scored three times as LyIT took their goals tally to 15 in three games.

Joel Bradley-Walsh, on loan at ‘Stute from Finn Harps, was also on target for the second successive game in the college colours.

Inishowen pair Pat Loughrey and Kieran Farren, who play their club football at Dergview, added their names to the scoresheet.