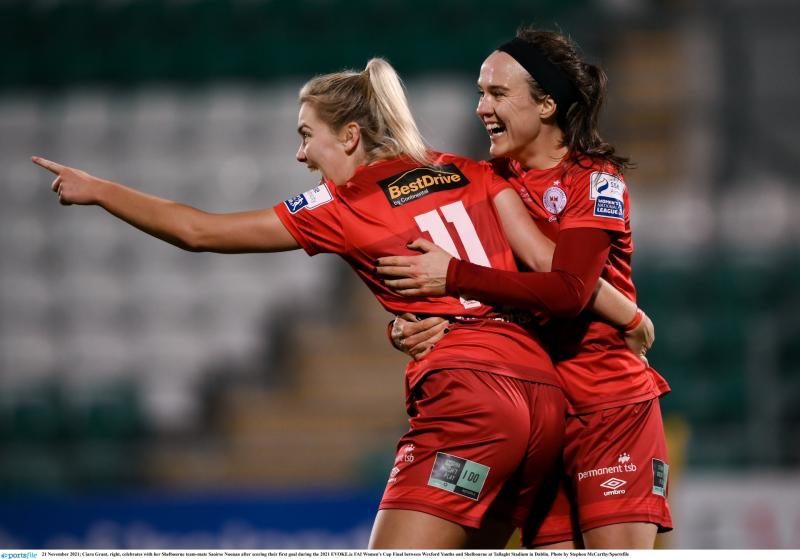 Ciara Grant scored an FAI Cup final goal, but Shelbourne lost 3-1 to Wexford Youths in the decider on Sunday at Tallaght Stadium.

However, Shels were level when Jessica Ziu was denied by a post, but Ciara Grant finished from the rebound.

Last weekend, Shels were crowned Women’s National League champions on a dramatic final night of action, which included a win over Wexford at Tolka Park.

There was no double for the Reds, though, as second-half goals by Kylie Murphy and Edel Kennedy steered the Slaneysiders to Cup glory.