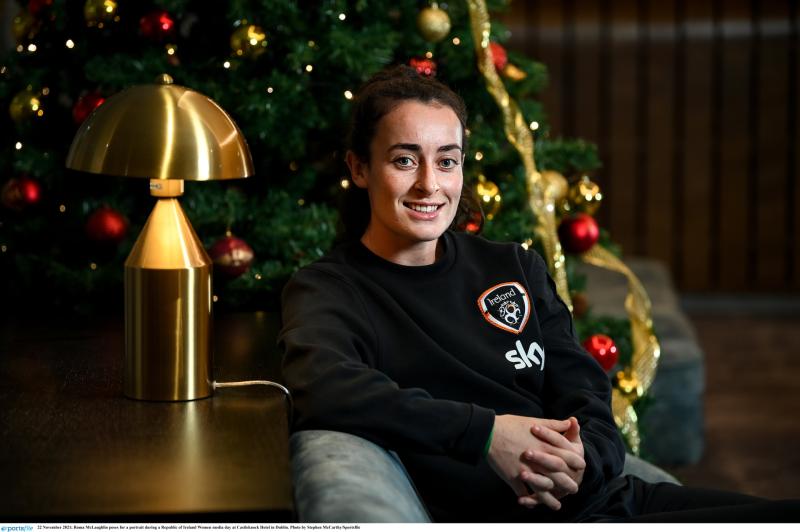 Roma McLaughlin has been included in the Republic of Ireland women’s squad for two World Cup qualifiers this week.

The Greencastle woman, off the back of another stellar season at Central Connecticut State University, is in Vera Pauw’s panel for the games against Slovakia and Georgia.

McLaughlin was a late addition to the panel for a double-header last month against Sweden and Finland and has been reunited with Donegal natives Amber Barrett and Ciara Grant on the squad.

“I haven’t seen them in a long time. It’s great to be reunited with the Donegal ones,” McLaughlin said.

McLaughlin scored one of the goals in a 3-0 win over Farleigh Dickinson to bag the conference title.

The former Sion Swifts midfielder was also named in the All-Tournament team and will aim to work her way into the Irish squad.

She said: "We had a good college season, we just finished last week so I was happy to come in here now and get things going. It’s been a really successful four years over there now.

"It was very daunting, but I knew it was a step I had to make because living in Donegal, obviously I didn’t have the opportunities that you do around Dublin so I thought I needed to make a move to the US.

"It’s definitely benefitted me and I would recommend it.”

Ireland host Slovakia at Tallaght Stadium on Thursday with Georgia due at the same venue on Monday. Both games kick off at 7pm and are being shown live on RTÉ2.

McLaughlin said: "These two games are very crucial and I don’t think anything less than six points would be expected. That’s the only thing we can look for.”