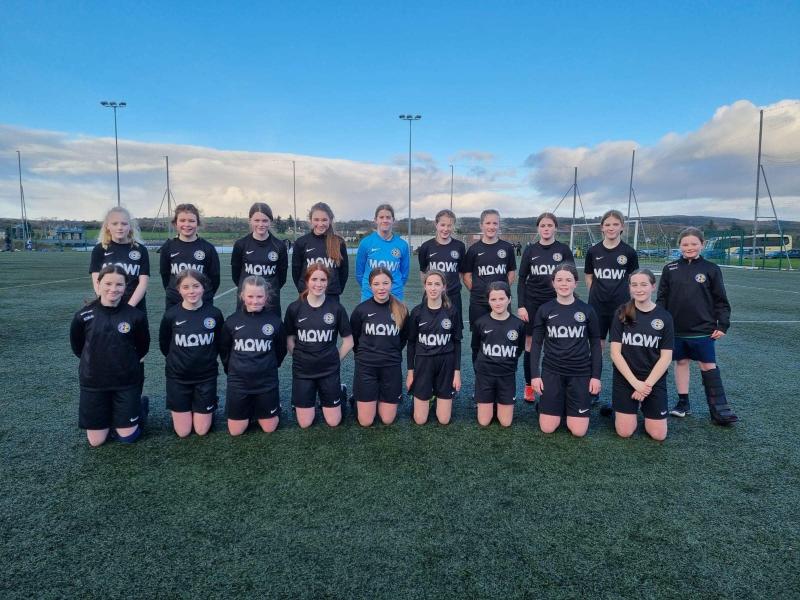 Donegal Women’s League advanced to the Under-13 Gaynor Cup semi-final after a nail-biting quarter-final against North Tipperary at the Lakeside in Ballyshannon.

Molly Kirwan put North Tipperary ahead on 22 minutes from the penalty spot after a handball.

Ashling Mugan’s free kick on 48 minutes was knocked down by the keeper, with Chloe Deeney on hand to slot ball into the bottom left corner to draw level.

In extra time Kaylagh Sweeney’s corner was headed into the net by Ashling Mugan with just six minutes left.

However, 90 seconds from the end of extra time, Tipp drew level to force a penalty shoot-out.

Donegal move on to a semi-final against MGL South next weekend.