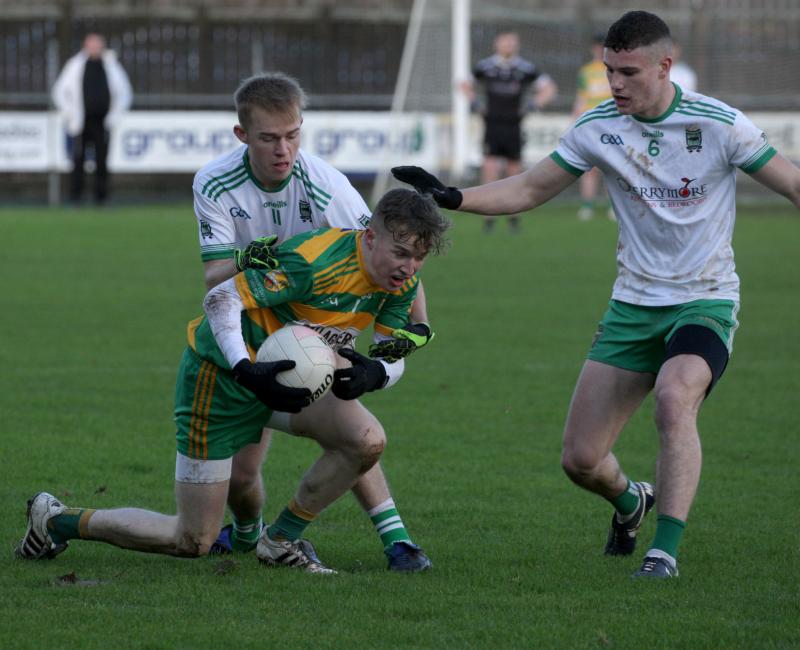 As an under-21 championship winner with Ardara in 1983, Sean MacCumhaills manager Luke Gavigan took little pleasure in defeating his home club in Saturday’s semi-final.

Gavigan, now resident in the Twin Towns, has guided MacCumhaills back to the under-21 final after a 0-24 to 0-4 win over Ardara.

“It was never nice facing my own home club,” Gavigan said.

“I don’t take any wild pride in it. You go where your own children end up and try to do your best for them.

“This is really my first time facing Ardara. Damian (Devaney) is managing Ardara and he was the first person I looked to help me. I only got word about managing this team about a week before the competition started. Damian had committed to Ardara at that stage.”

Gavigan hailed the contribution of Oisin Gallen, who posted ten points in an excellent display.

Gavigan said: “In his first year with the county, his body hadn’t developed. That has happened in the last year or two, without reducing his skills.

“If you have both feet you can take a score off, it’s very hard for backs to mark you.

Gavigan might have been a late recruit to manage this group, but he has had plenty of previous with them.

He said: “These lads earned their place in the final. I sent out a wee video last night. I had ten of these boys in an under-10s competition and I showed it to them last night. They have stuck with it right the way up.

“From this team down, the structures are good. If you give it four or five years, if they could gather this up with the under-17 you probably would have a team that could contest. It will take a lot of planning.

“My fear with the under-17s competition is that it is too young for adult football so who’s going to mind them for a year or two? There are some very good footballers there if they stick at it.”