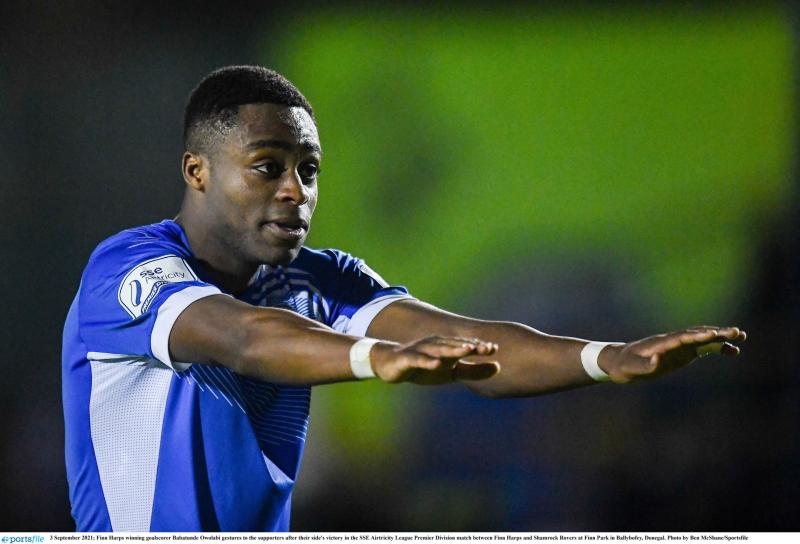 The 26-year-old scored 12 goals in all competitions in 2021. A fans’ favourite, Owolabi attained cult status among the Finn Park faithful.

In August, he scored a hat-trick in a 3-1 win over St Patrick’s Athletic at Finn Park. A week later, Owolabi netted the only goal of the game in a 1-0 win over Derry City in the FAI Cup.

Now, though, he has signed for Pats, whose manager Tim Clancy says the Belgian-born striker will 'bring something different'.

"We are very happy to welcome Tunde," Clancy said. "He has unbelievable pace and will be a very good acquisition for the club."

Recruited by Ollie Horgan after a short spell with Hamilton Accademical in the Scottish Premier League, the Belgian born Owolabi bagged some vital goals in the latter part of 2021.

“I have loved and enjoyed my time at the club and the affection shown to me especially from the fans was truly something special,” he said in a social media post.

“I just want to thank everyone associated with the club for giving me the platform to play and enjoy my football again after Scotland.

“I have found myself again so thank you ever so much.

“This squad has massive potential and I am sure the team will kick on and do even better than last season. I hope the club have a successful season.”

The departure of Owolabi is a further hammer blow to a Harps squad that has already lost Shane McEleney, Mark Coyle, Sean Boyd, Dan Hawkins and Will Seymore.