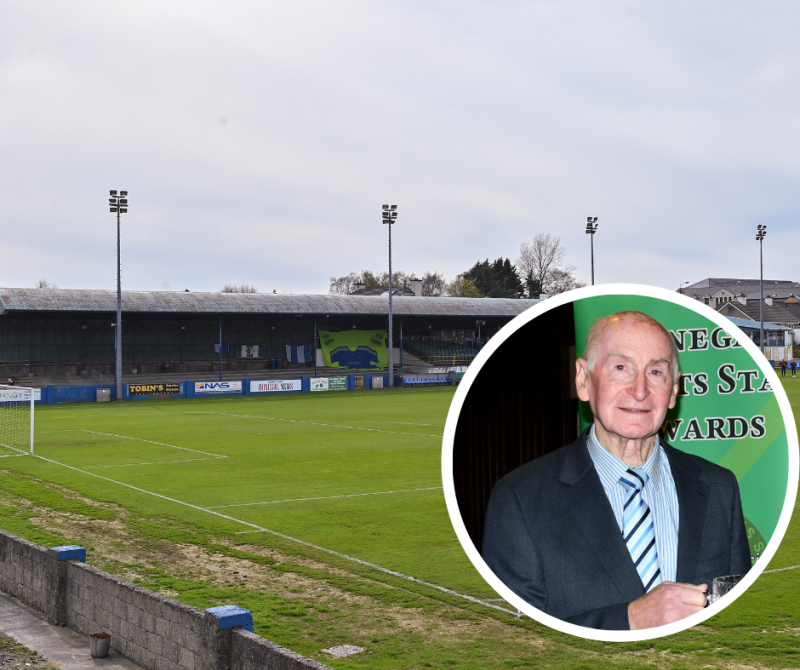 Patsy McGowan has urged Finn Harps to ‘be ambitious’ and match the work ethic of manager Ollie Horgan.

Although embroiled in a relegation battle in 2021, securing automatic survival on the final night of the Premier Division season when beating Longford Town 5-0, McGowan believes Harps should be looking up and not down.

Harps flirted with a possible challenge for a place in the top four for long spells of the 2021 campaign, but finished ten points off fourth-placed Derry City.

“They have to get the support and the people in the club have to work in the one frame of mind,” McGowan told Donegal Live at a recent Donegal Sports Star Awards event.

“It is not impossible. If Harps had got a few more points in those bad spells they had, they’d have been up with Derry and Sligo competing for Europe. That’s how small the margins were.

“They have to believe they can bridge the gap and don’t let anyone tell you it can’t be done or can’t be afforded.”

Horgan’s squad from 2021 has been torn asunder.

Mark Coyle, Harps’ Player of the Year, has signed for Shelbourne, where he’ll be joined by Dan Hawkins and Sean Boyd this year. Top scorer Tunde Owolabi has been snapped up by St Patrick’s Athletic and Adam Foley, next in Harps’ scoring charts last season, has moved to Drogheda United.

Shane McEleney has returned to Derry City, Karl O’Sullivan has penned a two-year deal at Sligo Rovers, Will Seymore is back in America with New Mexico United while Conor Barry has pitched down at Wexford Youths.

Harps return to pre-season training on Tuesday night and McGowan says the club must get behind their management.

“The supporters don’t know the effort, commitment and time those two men put in. Everyone jokes away about Ollie being booked during matches. If he didn’t, he would explode.

“It’s massive for Harps to be in the Premier Division, but the club is not ambitious enough.

“They keep telling themselves that they can’t afford this and that. We never could afford it. We went to play in Europe, we hadn’t the money to go, but we went.

McGowan was honoured with a Hall of Fame Award at the Donegal Sports Star Awards last January.

Now 83, the Ballybofey natives still recalls the heady days of the 1970s when, after helping to take Harps into the League of Ireland in 1969, they won the FAI Cup in 1974. Under McGowan, Harps competed three times in Europe.

He said: “It would be easy to say that it was unbelievable, but it wasn’t because I believed that we could do it. The day that we got beaten 10-2 by Shamrock Rovers, we were questioned up and down.

“They asked me if we’d last to the end of the season. I told them that we’d be in Europe in four years and we were.

“We had to believe. If you’re doing any job, you have to believe in it. You have to want to do it. I probably had to be very aggressive and almost insulting, otherwise I would never have made it with Harps.”

McGowan feels that Harps should explore the viability of abandoning the plans for a new stadium in Stranorar. Instead, the outspoken former manager wants to see Harps upgrade Finn Park.

Harps’ hopes of developing a new home have hit several roadblocks since first being mooted in 2004.

Over seven years ago, work halted in 2014 on the site, although funding of almost €4 million was announced last April. Work has yet to resume, however.

“Develop Finn Park and do it a bit at a time,” McGowan suggested.  “Maybe look at putting seats into the stand. It wouldn’t have to be done all at once, but Harps could get what they need there at Finn Park.”