North West of Ireland Intermediate Cup kicks off this weekend 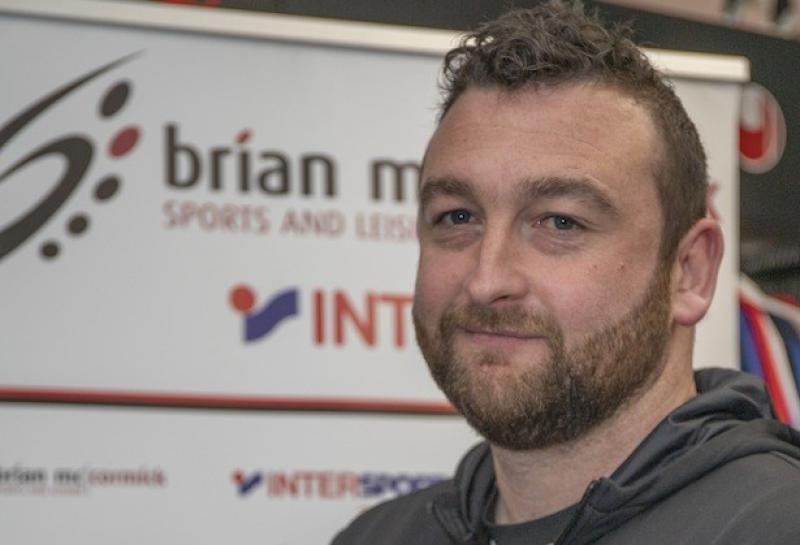 Gavin Cullen feels as if the North West of Ireland Intermediate Cup could be the ticket to ‘something bigger and better’.

The competition, which sees teams from the Ulster Senior League and the Northern Ireland Intermediate League, kicks off this weekend.

The North West of Ireland Intermediate Cup was initiated in 2019, but its inaugural running in early 2020 was halted by the onset of the Covid-19 pandemic.

This is its first whirl since.

“Both Leagues are in need of this competition,” Cullen told the Inish Times.

“We’re really looking forward to the game and to the competition.

“I think this is definitely something that could be expanded and create something. There’s a great interest with the players looking forward to going and playing different teams at different grounds. It’s exactly the freshness that we needed.”

The entry of Monaghan United into the Ulster Senior League took its numbers to six, although the ongoing participation of Derry City Reserves and Finn Harps Under-21s still appears as a sticking plaster across an open wound.

Cullen believes that a strong relationship with their Northern Ireland counterparts could work wonders.

“It’ll be interesting to see how this develops, but it’s definitely a competition that could go on to become something bigger and better,” Cullen said.

“I see this as only the start. Teams in both these Leagues want to keep intermediate football and maintain high standards.

“I’ve been speaking to some of the managers in the Northern Ireland League. They’re frustrated at a lack of teams and teams not stepping up to push on in their League. It’s just a similar picture to what we’re experiencing in the Ulster Senior League.

“All of us want to do well and we have the same vision I think.”

Cockhill have won the last eight Ulster Senior League titles and are firmly in the mix again. With two games in hand, the Charlie O’Donnell Sports Ground residents are only four points behind the early pace-setters, Bonagee United.

Defender Adam McCarron will be added from Finn Harps Under-19s, a recruit that will compensate for the departure of Keegan Hegarty, who takes up a scholarship in America this week.

Cockhill played in the maiden staging of the North West of Ireland Intermediate Cup two years ago, but lost 3-1 to Maiden City.

Laurence Toland won’t be risked this weekend, but the Ramelton man is poised for a swift return in the coming weeks.

Cullen expects most of his walking wounded to be back in contention. Cockhill only resumed training on Monday night with ‘quite a few’ of his squad having had to isolate due to Covid-19.

The Cockhill boss anticipates that he’ll have something close to a full deck to shuffle on Saturday.

He said: “Newtowne beat Strabane in their last game so we expect them to be decent. These teams played over Christmas so they will have a wee advantage. It will be a different test this week and we know they’ll be coming with a good standard.

“This is a competition we want to win, though, so we’ll be going on Saturday with one intention.”