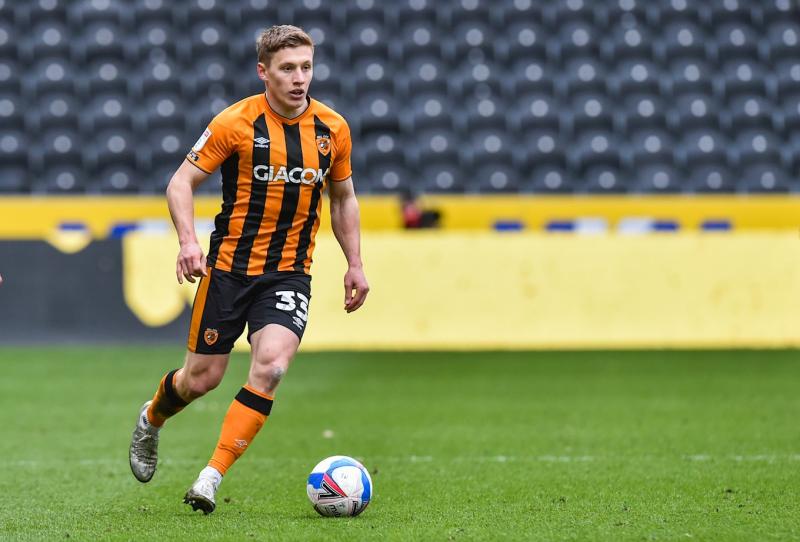 Séamus Coleman helped Everton to a 3-2 extra time win over Hull in the third round of the FA Cup on Saturday - but there was more Donegal interest in the game at the MKM Stadium.

Coleman, the Everton captain, played the full game with the win maybe easing some of the weight on under-pressure manager Rafa Benitez.

Tyler Smith headed Hull into a first-minute lead and Ryan Longman forced extra time for the Tigers after Demarai Gray and André Gomes had Everton in front.

Coleman will have had his usual following tuning in from Donegal, but in the Letterkenny and Ramelton areas there was particular interest in the Hull City number 8.

Greg Docherty signed for Hull in 2020 having previously been with Hamilton Academical and Rangers.

Docherty forced Asmir Begović, the Everton ‘keeper, into a save before he was withdrawn on 25 minutes.

The 25-year-old has played for Scotland up to Under-21 level, but as far back as 2016 his Irish eligibility - through strong Donegal bloodlines - was flagged up with the Football Association of Ireland.

Docherty’s grandfather, David McGarvey, was a native of Ramelton and his grandmother, Louie Ashe, was from Corravaddy on the outskirts of Letterkenny.

The late David McGarvey was a brother of Ian McGarvey, who captained Swilly Rovers to the FAI Junior Cup win in 1962.

Greg’s mother, Linda, married Colin Docherty and the family are based in Hardgate, Clydebank.

Greg’s aunt Alison and uncle David are based in Scotland, while another aunt, Carol McGarvey, lives in Letterkenny.