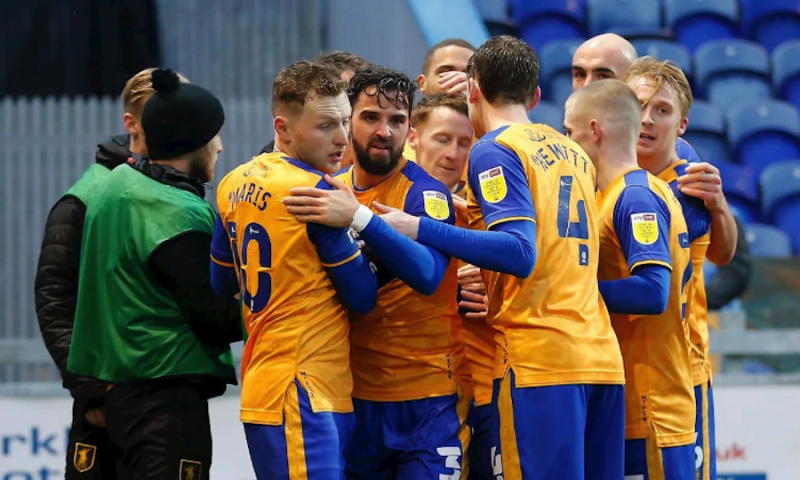 Stephen McLaughlin scored one of the goals as Mansifled Town overcame Swindon 3-2 at One Call Stadium on Tuesday night.

The Isle of Doagh man netted a penalty in the first half as the Stags bagged their sixth successive home win in League Two.

The play-off hopefuls are in fine form with eight wins from their last nine outings in the League.

George Maris opened the scoring for Mansfield, with McLaughlin having a hand in the build up, only for Harry McKirdy to level.

McLaughlin restored the lead from the spot after Rhys Oates was fouled in the 32nd minute and Jordan Bowery added a third.

Ellis Iandolo pulled one back late in the game, but Nigel Clough’s Mansfield held out.

Mansfield are eighth, level on points with sixth-placed Port Vale and now firmly in the shake-up for the play-offs.