Donegal trio named in Irish Under-19 squad for training camp

Emma Doherty, Kerryanne Brown and Erin McLaughlin have all been called up by Dave Connell 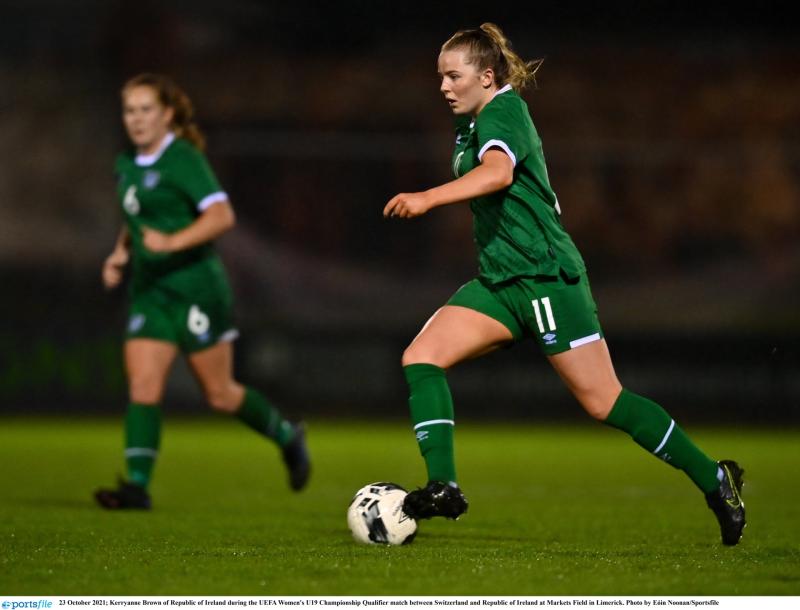 Kerryanne Brown is among the players called up

A Republic of Ireland Under-19 squad that will take part in a training camp this month includes a trio of players from Donegal.

Buncrana woman Emma Doherty, who plays for the Donegal Women’s League, Greencastle native Kerryanne Brown, who lines out for Sion Swifts, and Culdaff’s Erin McLaughlin, who transferred to Peamount United in recent days, are all in the panel.

Doherty played for the Donegal Women’s League in both the Under-17 WNL and Under-19 WNL in 2021 and was top scorer in the Under-17 League.

As preparations begin for their UEFA Women's Under-19 European Championship Elite Round qualifiers in April, Ireland will get together a few days this month.

Head Coach Dave Connell will take a closer look at his players - all of whom are home-based - in a training session and a behind-closed-doors training game.