The Ramelton man, who was the Candystripes' Players' Player of the Year in 2021, has sustained a medial knee ligament injury 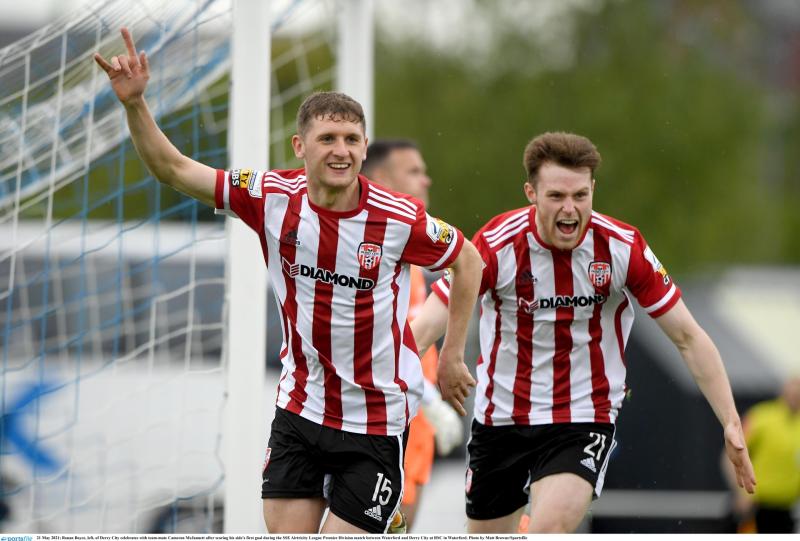 Ronan Boyce is in a race against the clock to be fit for Derry City’s 2022 League of Ireland Premier Division opener next month.

The Candystripes begin their new season against Dundalk at Oriel Park on February 18.

However, Boyce has sustained a medial knee ligament injury, which has cut short his involvement in pre-season.

The Ramelton man did not feature in Saturday’s 1-1 friendly draw with Drogheda United or in Tuesday’s 5-0 win over Institute in the Billy Kee Memorial Cup game.

“We are in a good position, but anyone who has any type of minor niggles we aren't going to even consider taking a chance on them."

Boyce was named as Derry City’s Players’ Player of the Year in 2021.

Boyce bagged seven goals from right-back in his debut season and was called into the Republic of Ireland Under-21 squad.

The 20-year-old former Swilly Rovers player signed a long-term contract at the Brandywell last May,