Abbey VS make their history to win Ulster U17 schools final

Abbey VS defeat Loreto Community School in an exciting final 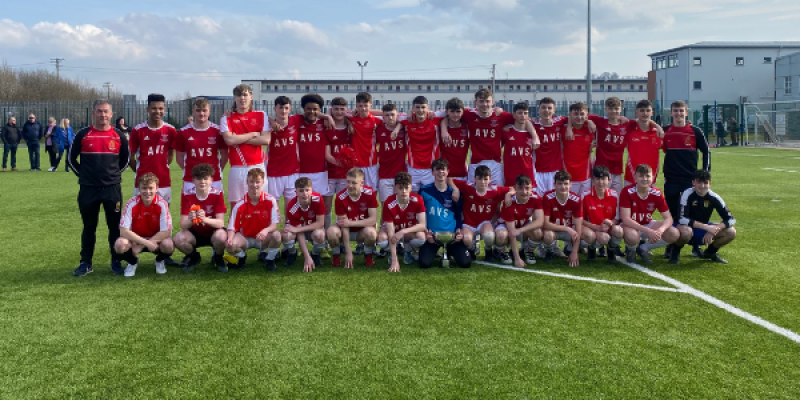 On an afternoon of high drama, Abbey Vocational School grabbed hold of the Tom Ticher Cup - the school's first Ulster title at any level.

Ruairi McLaughlin’s early double gave Abbey the buffer to hold on under stern pressure from Loreto Community School, Milford in the Ulster Schools Under-17 final.

James McAteer had Loreto briefly level and Callum Cullen brought the Milford students back again in the second half after Kevin Muldoon’s nodded in for Abbey just after the interval.

The game began at a frenetic pace. Aaron McGroary riffled wide in the opening minute before McLaughlin slammed past Killian Hagan for a fourth minute opener.

Having rounded McGroary, Curran was taken down by Reuben Amoo.

Curran was aided from the pitch and his absence put a big dent in their hopes. The lovely attacker had looked a real potent threat in the early moments.

Although Peadar Shallow superbly turned away Cormac Brady’s penalty, McAteer’s corner sailed all the way inside the far post for the leveller.

The response was instant, however, McLaughlin restoring the Abbey lead with a moment of magic.
On the edge of the area, McLaughlin found a space and his finish to the bottom was excellent. 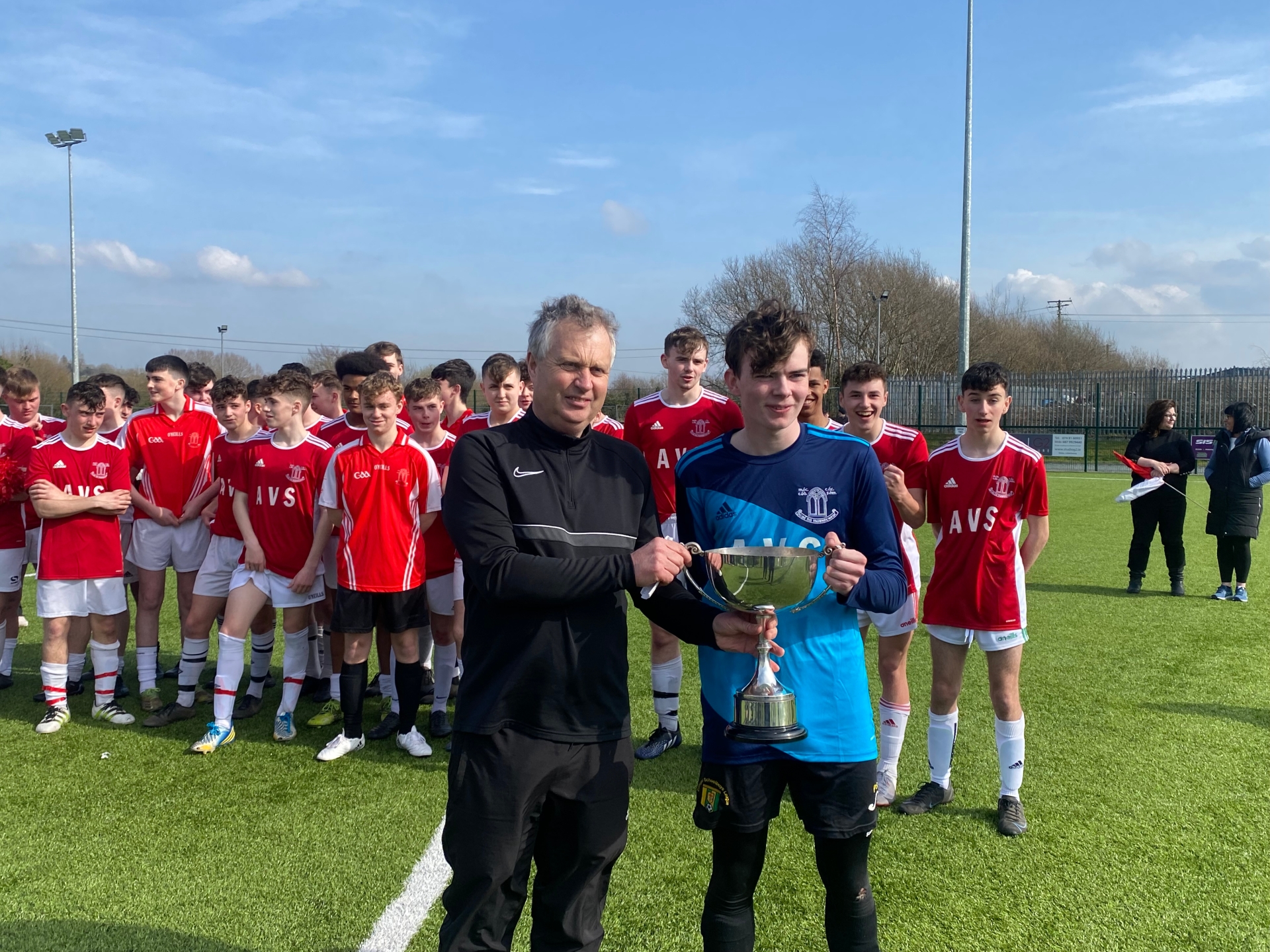 After Muldoon was denied by a strong save from Hagan, Abbey had a big chance to extend the lead.
Seanan Carr had his heels clipped by Hagan, but McLaughlin rolled his penalty to the wrong side of the target.

Hagan denied McLaughlin who again carved out the opening before Caolan Sweeney prodded wide late in the first half.

Just 90 seconds into part two, Dunnion rose at the far post to head home and give Abbey a two-goal buffer.

Just after the hour, the deficit was cut. Callum Cullen’s deflected shot from 20 yards caught Shallow out.
All of a sudden, the Milford men were energised.

Cullen had another attempt well blocked as Loreto went in search of an equaliser.

Nine minutes from the end, Carr raced clear but his low effort spring back off the post.