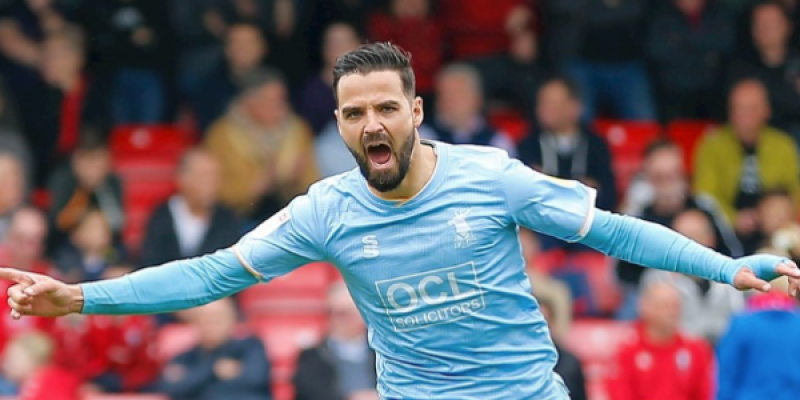 Stephen McLaughlin took Mansfield to within a point of sealing a place in the League Two play-offs on Monday night.

The Isle of Doagh man scored twice as Mansfield drew 2-2 at Salford City.

A draw against Forest Green Rovers on Saturday will secure a play-off berth for Mansfield, who have remarkably turned a corner having been second-from-bottom in October.

“We were second from bottom now look where we are, fighting to get promoted, it’s a good place to be,” McLaughlin said.

“If anybody said ‘you’ll reach the play-offs’ after Northampton away people would laugh at you.

“From where we’ve come from is unbelievable and it’s an absolute credit to the whole lot of us.

“The fans as well because when we were on that bad run they stuck with us home and away, and we’ve come a long long way.”

McLaughlin’s double, one from a free kick and the other from the penalty spot, had Mansfield 2-1 in front after Jordan Turnbull put Salford in front.

Matthew Lund headed home seven minutes into the second half to earn a share of the spoils for Salford.

McLaughlin said: “We’re a bit down because we knew a good win here today, on Saturday we could’ve done it, but we’re in good spirits.”