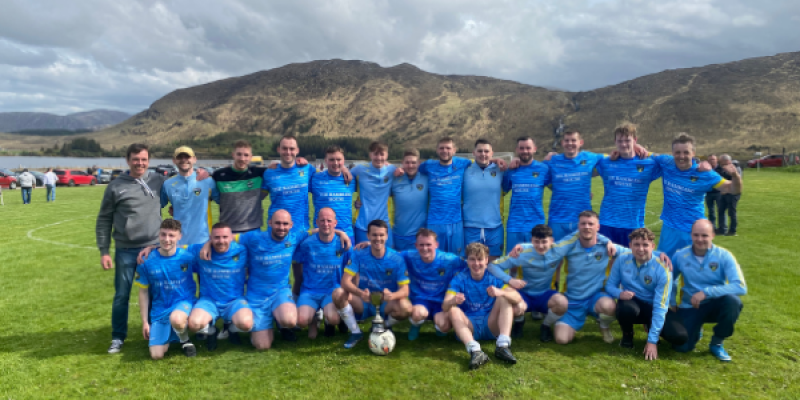 Only when, after 97 minutes, Dessie McLaughlin blew the whistle, could Copany Rovers rejoice.

Harron’s header proved the only goal of the game, but there was drama aplenty against the backdrop of mist-capped Errigal.

Dunlewey threw the kitchen sink and its contents in search of an equaliser.

Danny Mandroiu's first half brace set the Tallaght side to a 3-1 win, with Mark Anthony McGinley in the Harps goal performing heroics to keep the score down

Time stood still in the 96th minute when Brendan McGeady’s cross from the left hung in the air. Substitute Lorcan Gallagher rose to flick a header goalward. Oisin Bryson, the Copany goalkeeper, was beaten, but the crossbar came to the rescue.

Four inches from glory. For Dunlewey, the margin must’ve felt like the 751 metres of the majestic mountain across Lough Nacung.

So thin were the margins in this title race, John Joe McCafferty, the Donegal League Chairman who was present with the metalwork, wouldn’t have had time to knot ribbons on the handles. 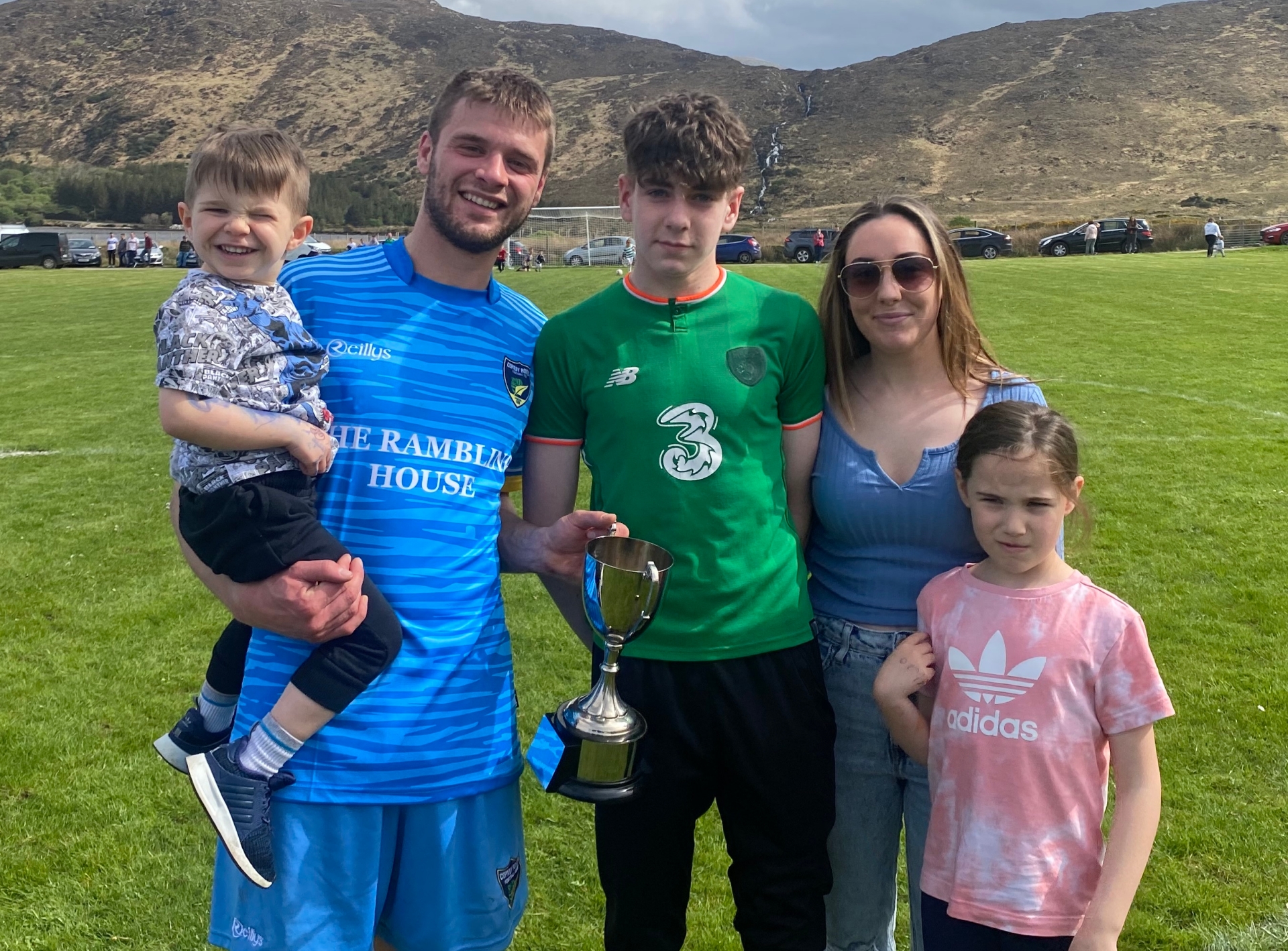 Goalscorer Glen Harron with his family after the game

Dunlewey needed only a point and it was they who began with the seemingly greater purpose.

Eamonn Collum saw a shot saved by Bryson and the follow-up by Conor McMahon was wide.

Daniel Coll’s effort from distance rose much too high while a teasing Christopher Cannon corner lacked only a finishing touch.

Joseph Devenney did get on the end of a McGeady cross, but couldn’t steer home.

Against the run of play, Copany took the lead. Darren Kilpatrick, who played through the pain barrier of a shoulder injury, floated a free kick into the danger zone and Harron’s glancing header flew to the net.

Late in the half, veteran Copany defender Thomas Given had to hack clear when Bryson parried from Paul Coll. 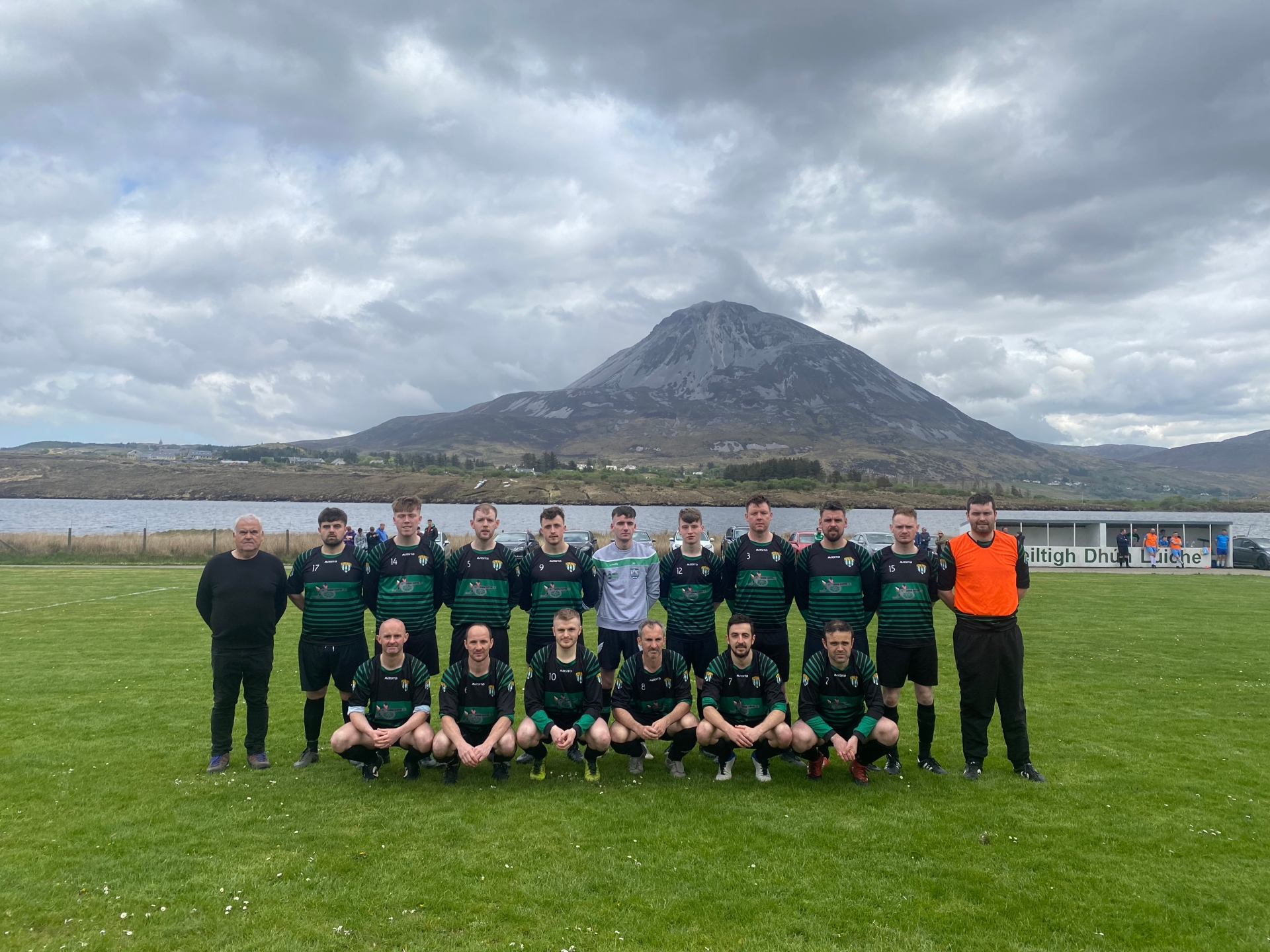 Collum riffled into the side netting and the same player fired over from a free kick just after the hour.

The drama had still to begin but Copany clung on for dear life.

Dunlewey must go again and face Drumoghill FC Reserves in a play-off to see who clinches the second automatic promotion slot.