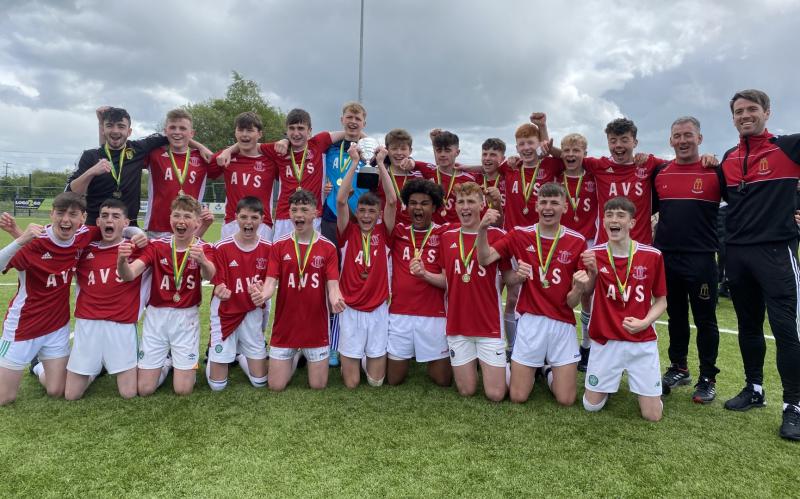 Three goals in an 11-minute spell at the start of the second half gave Abbey Vocational School Donegal Town victory in the FAI Schools U-15 Ulster final over St Eunan’s College of Letterkenny.

Conor McCahill scored the first two of those on 43 and 48 minutes before Aidan Quinn tucked home a third at Letterkenny Community Centre. It was a fine win for Abbey, although the competition - because of the late start due to the pandemic - will not have an All-Ireland series in this school year. Come September, the competition might be resumed. 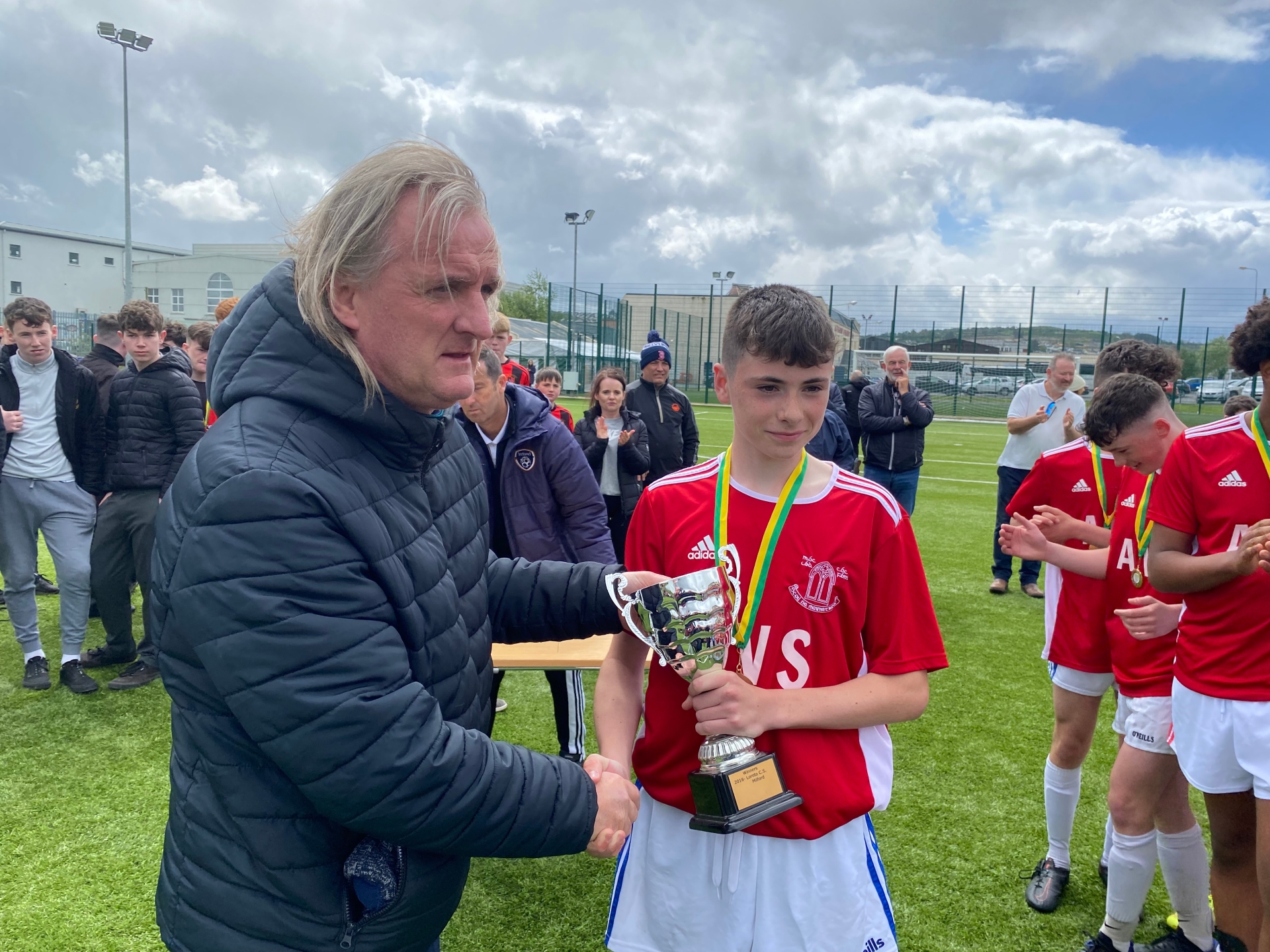 Either way, all both sides could do was put their eggs in the Ulster basket and there wasn’t much between the teams in the opening half.

Abbey did have the best of the early chances, with Cullen getting away on 14 minutes only to see Conor McGrenra save his shot on goal. With the wind at their backs, St Eunan’s best chances came from dead balls, with Daniel McGinty in the Abbey goal getting firm fists behind efforts from Ronan Buchanan’s free-kick and then a corner by Shane Tinney. From another Buchanan corner, Abbey left-back Christian Ward  had to be alert to clear off the line.

The closest either team came to a goal in the first half was when a fantastic effort from Tinney, who picked up a corner from Buchahan on the angle of the penalty area and let the ball bounce before unleashing a terrific half-volley, only to be denied by the post.

With the elements at the back in the second half, Abbey made use of them and having forced a corner-kick, McCahill was on hand to head home Cullen’s delivery for the opening goal.

It was 2-0 just five minutes later when McCahill got free down the left and with no support took responsibility himself before cutting inside and finishing with aplomb across McGrenra and into the bottom corner. 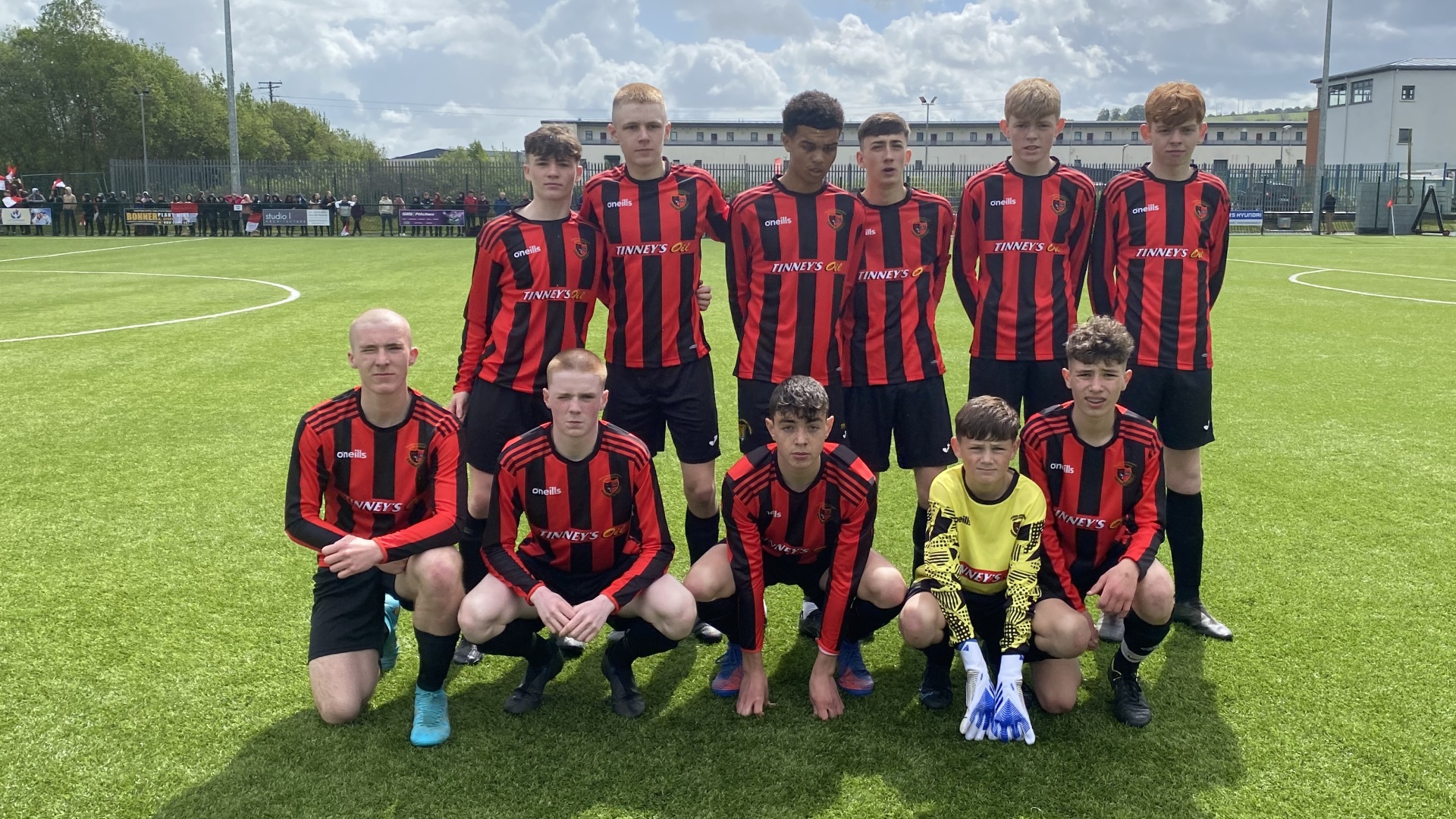 That daylight between the teams was lengthened in the 54th minute when Quinn tucked home a third goal from close range when McGrenra couldn’t grasp a long free-kick into the area by Tomás Carr.

St Eunan’s had to push on to try and get a foothold on the game and although they had their moments, Abbey always carried a threat on the break, with Eoghan O’Neill hitting a post with 17 minutes left and then a teasing ball into the area by Eoghan Patrick Gallagher eluded everyone and also clipped the post.