'So, so proud': Cup delight for Shane O'Donnell and Strand Rovers 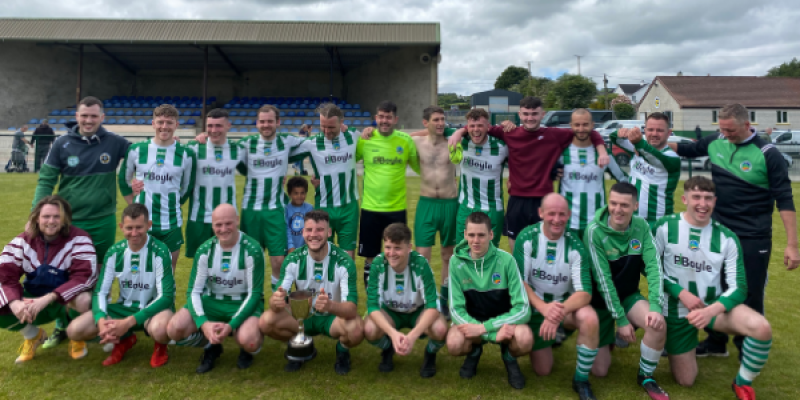 It’s a moment Shane O’Donnell won’t forget in a hurry.

Six minutes from the end of Saturday’s Voodoo Venue Cup final, and with his team - down to ten men from the 13th minute - locked at 1-1, the Strand Rovers player-manager netted the Cup-winning goal.

O’Donnell headed home to spark wild scenes of celebration among the Strand contingent, who arrived in big numbers to Ballyare.

“It’s brilliant. It was a bit of a crazy period and we were still holding on at the end. The energy levels were low at the end there. The lads were excellent all day and I couldn’t fault them. I’m so, so proud of them.

“The club is unbelievable. It’s tight-knit out there and we’re just happy to give the community something back. You can see what it means to them. It’s just unbelievable.”

The 12th minute sending off of Stephen Glackin threatened to derail Strand, who fell behind when Gio Peoples netted a penalty early in the second half.

O’Donnell said: “It was backs-to-the-wall stuff.

We held tight and we played to a system. We changed it up and went three at the back with 15 minutes to go. Thankfully it worked out and we’re delighted.

“Our game plan was up in the air, but we changed it up, We stuck together. The first while took a bit of energy out of us. Everyone stood up and we’re very proud of the team.”