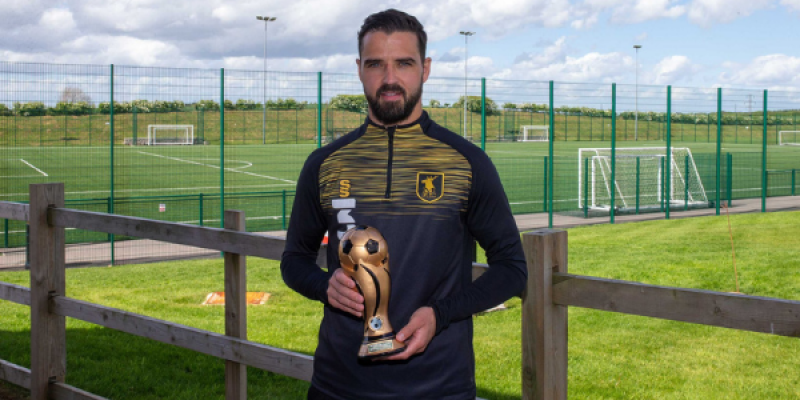 Stephen McLaughlin with one of his Player of the Season awards.

There was play-off agony for Stephen McLaughlin at Wembley on Saturday.

Isle of Doagh man McLaughlin, who had a superb season - winning multiple player of the season awards - was again in from the off, but it was a day to forget for Mansfield.

‘It feels like two-in a row’ - Kilmacrennan boss McGranaghan

A play-off win over Bonagee secured what is officially Kilmacrennan Celtic's first Premier Division title since 2010 - but by the Lurgy they say different.

Mansfield had Ollie Hawkins sent off before half-time and Mal Benning wrapped up the win for Vale in the 85th minute.

McLaughlin went close to narrowing the margin on the hour, but the Inishowen native rolled wide of the post.