Seamus Coleman ruled out of Ukraine game with injury 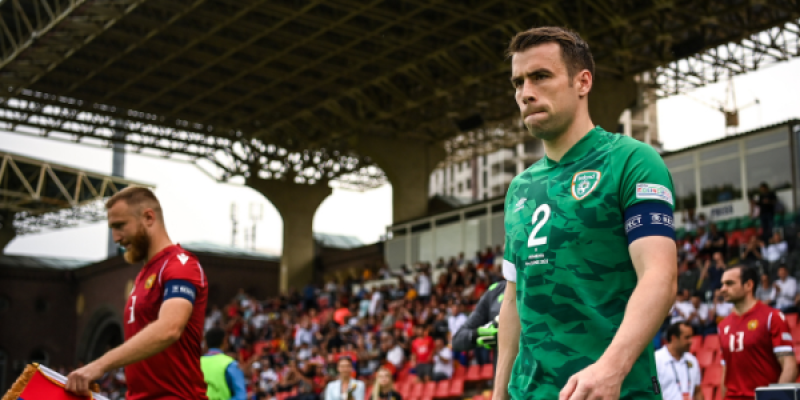 Seamus Coleman has been ruled out of Wednesday’s UEFA Nations League game against Ukraine.

The Republic of Ireland captain hobbled out of Saturday’s 1-0 defeat to Armenia in Yerevan.

Ireland manager Stephen Kenny has confirmed that the Killybges man will be absent for Wednesday’s game against Ukraine at the Aviva Stadium.

Coleman will remain with the Irish squad, but it is not clear if he will be available for Saturday’s game against Scotland or next Tuesday’s clash with Ukraine in Poland.

The 33-year-old sustained a grounding injury and, given his recent injury troubles, will not be risked unnecessarily.

Kenny said: "There’s no guarantees he’ll feature in the other two games. We’ll have to see how it settles and make a decision on that later in the week. Hopefully he’ll be involved but its too early to say."