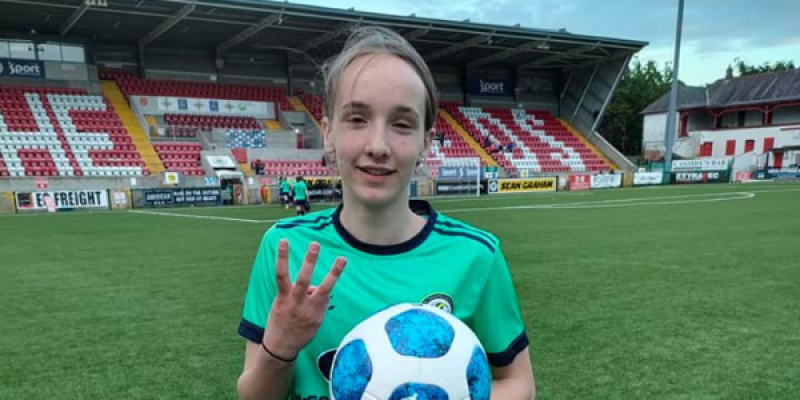 Cache Crumlish scored a hat-trick at Solitude on Friday night.

Cache Crumlish scored a hat-trick on Friday night as Sion Swifts defeated Cliftonville in the Under-19 NIFL Academy League.

The Carndonagh woman netted a treble as Sion won 5-3 at Solitude.

Crumlish moved to Sion from Carndonagh FC in April and has been featuring for the Republic of Ireland this year.

Coyle, now the manager of Queen's Park, was in Donegal on Friday night as the special guest of the Donegal Junior League

Indeed, Crumlish was part of the Bob Dohcerty Cup-winning Irish Under-15 schools team.

Ireland won the tournament in Newcastle and Crumlish, a student at Carndonagh Community School, will be aiming to return to the green shirt in due course.