Coyle, now the manager of Queen's Park, was in Donegal on Friday night as the special guest of the Donegal Junior League 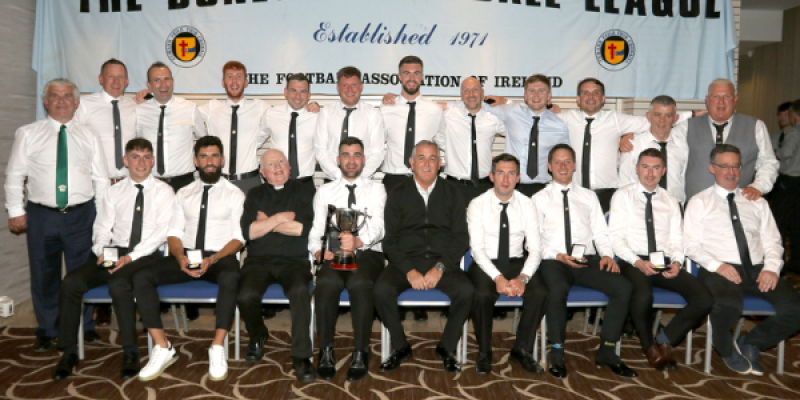 Former Republic of Ireland international Owen Coyle, whose roots were planted in west Donegal, was the special guest on Friday night as the Donegal League held its 50th anniversary presentation.

The various team and individual winners from the 2021/22 season were presented with their prizes at the function held in the Radisson Blu Hotel, Letterkenny.

“I always have a vested interest in Donegal,” said Coyle, a nephew of John Joe McCafferty, the Donegal League Chairman.

“I am delighted to be here. I spent a lot of time here in Donegal as a kid and love coming over.” 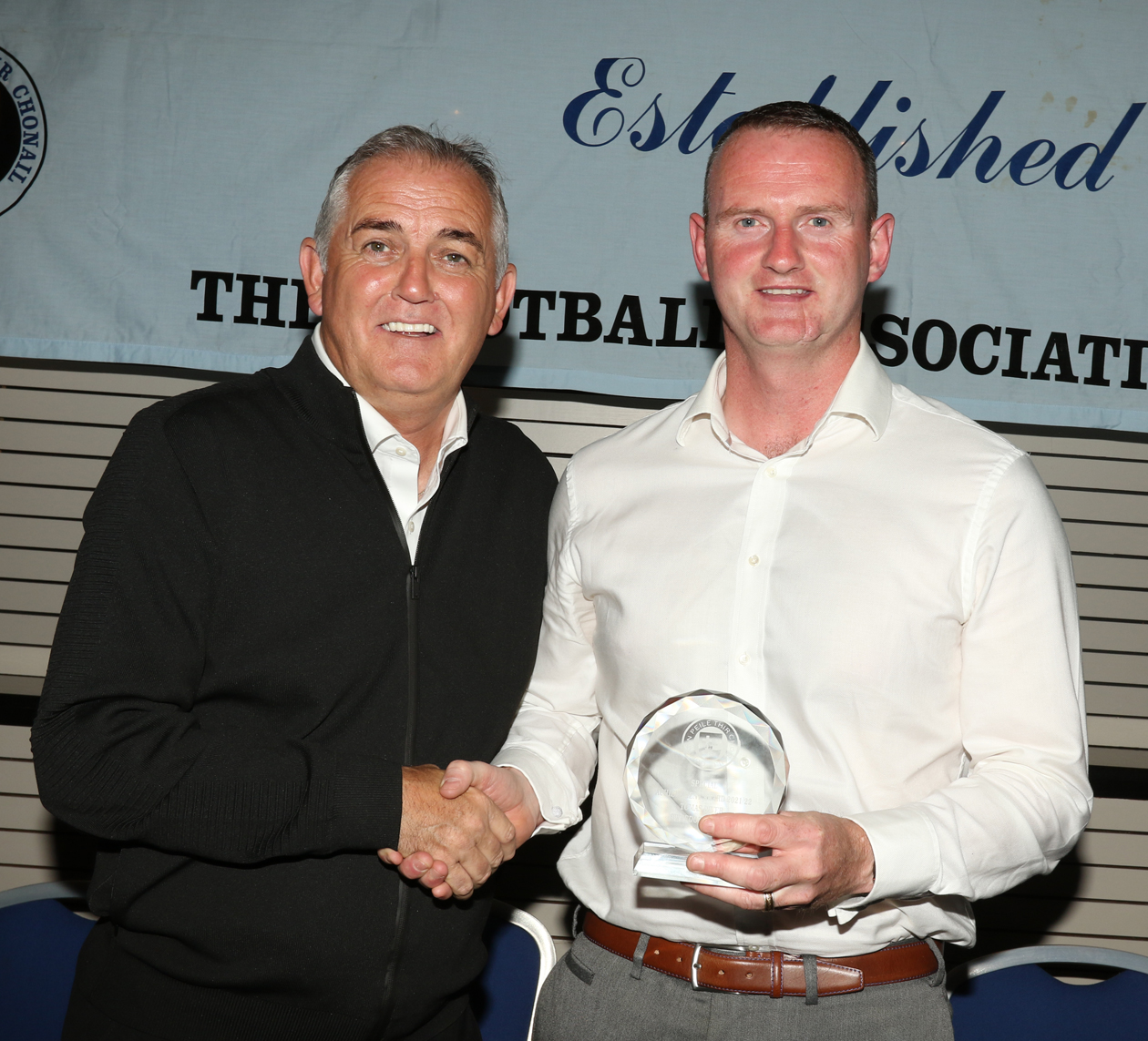 The Paisley-born Coyle recalled having to choose between Scotland and Ireland and scoring after just 90 seconds in his Irish under-21 debut - against Scotland at Easter Road.

“I was very blessed and very fortunate to have a career in football,” he said. “I could have signed for Dundee United at 13, but I went to Dumbarton. Hat was a good move. I was 5’4” until I was 18. If I had gone to Dundee United I’d have been released at 16, but at Dumbarton I was allowed to just potter away.

“It’s one of the toughest decisions to make as manager. People think it might be leaving out a top player, but it’s actually decided whether to give a guy of 16 a professional contract or not.” 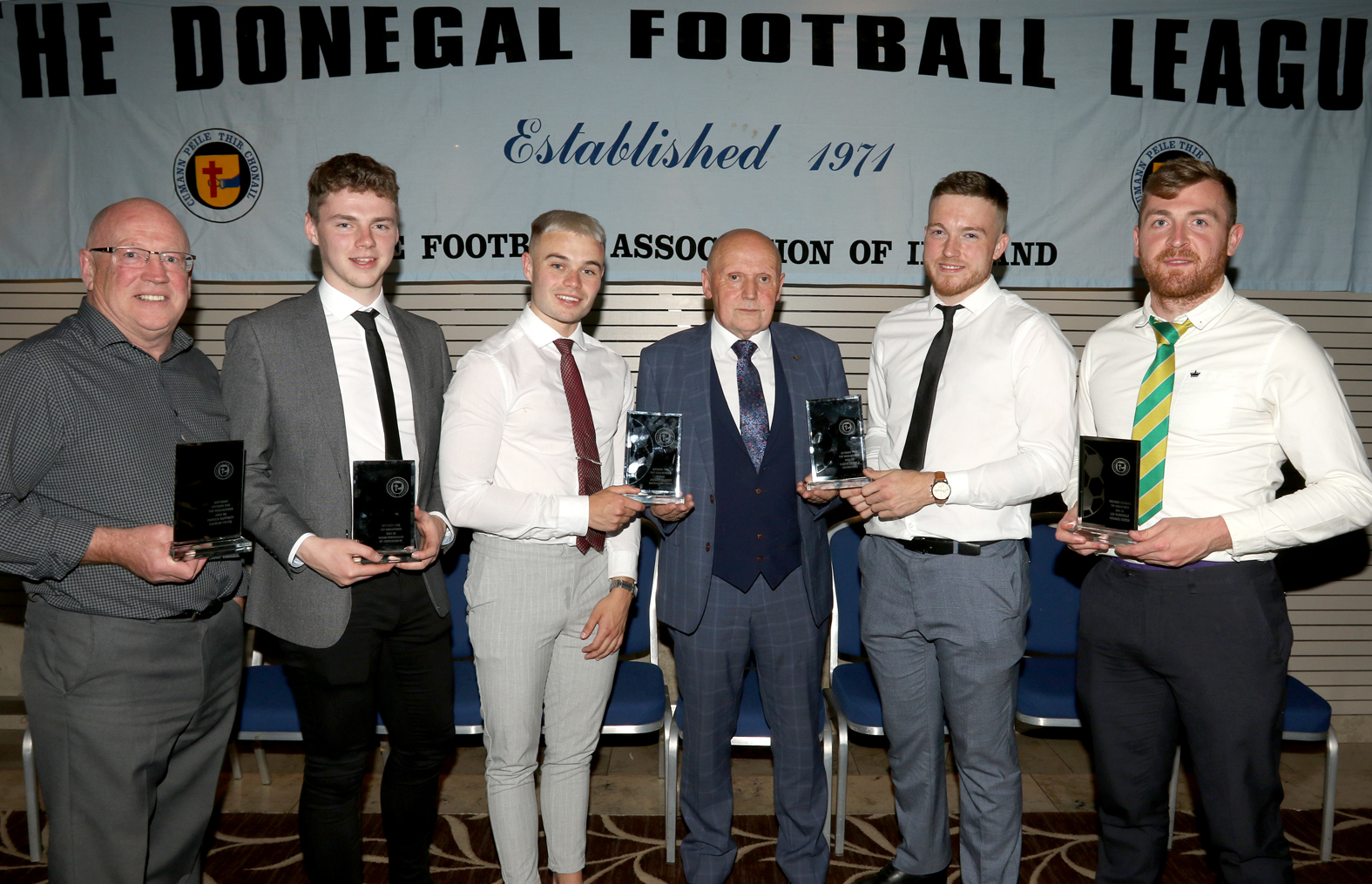 Nigel Ferry, the Donegal League secretary, acted as the Master of Ceremonies.

Mr Ferry praised those people who had worked tirelessly in the Donegal League since its formation, including the former long-serving secretary Dessie Kelly, who was among the audience.

County Councillors Donal Coyle and Gerry McMonagle were present as was Fr Denis McGettigan, the former parish priest in Raphoe and a football aficionado.

Mr Ferry paid tribute to the League’s loyal sponsors, who have aided in the success over the 50 years.

Six lifetime achievement awards were presented, including one to Gweedore Celtic’s ace goalscorer Tomás Diver, who recently scored his 302nd goal, Copany Rovers’ long-serving defender Thomas Given and Eamon Cannon, who has won a clean sweep of honours in a distinguished career in the League.