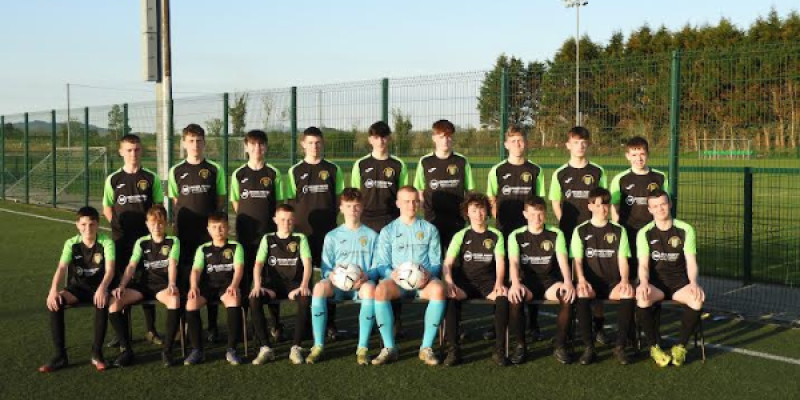 The Donegal squad that will take part in the Kennedy Cup.

The annual showcase for schoolboys soccer in Ireland, the Kennedy Cup is held at the University of Limerick campus.

The Donegal under-14s squad travelled to Shannonside on Sunday ahead of the competition.

Donegal get their week underway with a game against Lisburn Castlereagh on Monday at 4pm.

Also included in Group 3 are Drogheda and Dundalk.

Donegal have a double-header on Tuesday, facing Drogheda at 10.30am and Dundalk at 4pm.