Growing up in Letterkenny, Kaneshia McKinney played soccer or Gaelic football and even though she's now living in Coleraine and working in Buncrana she's continuing the journey with both Bonagee United and St Eunan's, whilst stepping up the coaching ladder 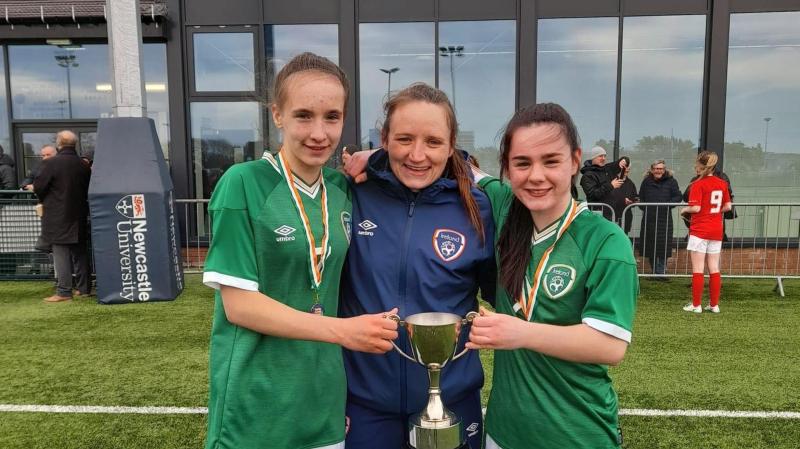 “Is it soccer or Gaelic training this evening?,” was a familiar question directed at Kaneshia McKinney as she ran for boots and the sports bag down the years in Whitethorn Grove on the outskirts of Letterkenny.

Now, McKinney, who lives in Coleraine, still hears that question when she pops home most evenings for dinner, usually a pitstop on the way to training with either Bonagee United or St Eunan’s.

“I just love playing football,” she says ahead of Bonagee’s FAI Women’s Intermediate Cup semi-final clash against Douglas Hall in Cork this Sunday. “That's all I used to do and still do.”

When her boyfriend Dale got employment with the Northern Ireland Fire & Rescue Service, the couple considered their options. The level of commitment - never mind cost - some put into participation in sport is often overlooked, while the price of diesel these days doesn’t really slip under the radar.

“It’s a bit like being the guards here,” McKinney says. “You go where you’re put so Coleraine it was for Dale. We discussed the move and I said ‘yeah I’ll go but don’t forget, football comes first.’ The price of petrol isn’t great but you do what you gotta do.”

McKinney, from her own school days at Loreto Letterkenny, “always wanted to be a teacher,” so married her interests and, now 26, is a PE teacher at Buncrana’s Scoil Mhuire having graduated from Dublin City University where she studied Physical Education, Biology and Agricultural Science.

Whilst on Collins Avenue on Dublin’s northside, McKinney played soccer and GAA, having lined out for St Eunan’s at home under Alan O’Connell “since the year dot.” At DCU, her teammates included the likes of Sarah Rowe from Mayo, Aishling Sheridan of Cavan, both of whom play AFL with Collingwood.

Down the years the Letterkenny ladies had suffered heartbreak in final after final; now they’re in the Senior Championship, having competed well in the top bracket of the league, with a semi-final to look forward to.

“Whether it’s soccer or Gaelic, I just really enjoy playing both,” McKinney adds. “Sometimes it’s not easy to juggle both, but both sets of management are understanding and Catherine Fletcher and Hannah Hopkins both play for Bonagee and Eunan’s, while the likes of Siobhan Sweeney also plays GAA for Fanad Gaels.” 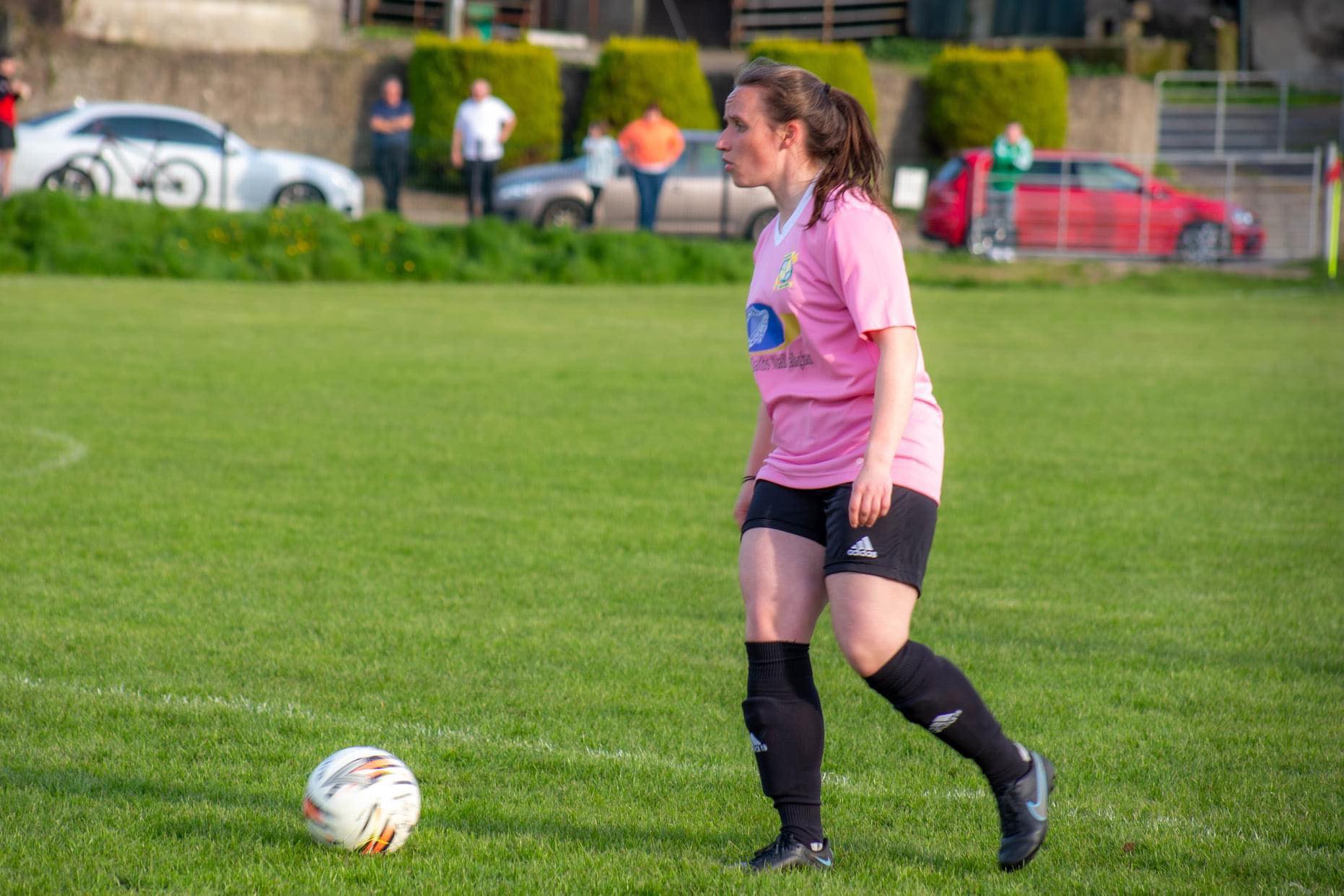 Scoil Mhuire is a conveyor belt of talent, with Emma Doherty currently lining out for Sligo Rovers in the Women's National League and scoring goals for Ireland at U-19 level, with the Loughrey sisters Keri and Jodie capped at U-17.

“Coaching is a great way to get to know the students on a personal level,” McKinney adds. “And the success of the school really has brought a great buzz to the place. Football is very strong in Inishowen - it’s the number one - and very territorial! The players all have their different club tracksuits at training but they put that aside to work really well together for the school teams.”

Having helped out another Letterkenny native - Paddy McDaid from Finn Valley College in Stranorlar - with the U-15 Interprovincials, McKinney was contacted by Richard Berkley, who looks after the Irish schoolgirls at the same bracket, ahead of the Bob Docherty Cup, which took place in Newcastle in April.

“I was delighted to be offered a coaching position,” McKinney says. Ireland ended up winning the competition, overcoming England 4-1 and Northern Ireland 4-3 before a tightly contested final against Scotland in which they won 1-0 at Cochrane Park.

And although a player for Chris McNulty and Bosco Gallagher’s Bonagee team, McKinney’s experience can be drawn upon.
“I really enjoy the bit of coaching, then might take the warm-up with the Bonagee side,” she adds. “Sometimes I get the feeling the girls hate me doing those drills!”

“But the thing about Bonagee is, everyone loves being part of it. We played an in-house game the last night and I wouldn’t want to be the one picking the starting 11 for Sunday. We’ve a good mix of youth and experience and everyone drives one another on. It’s a great group to be part of. 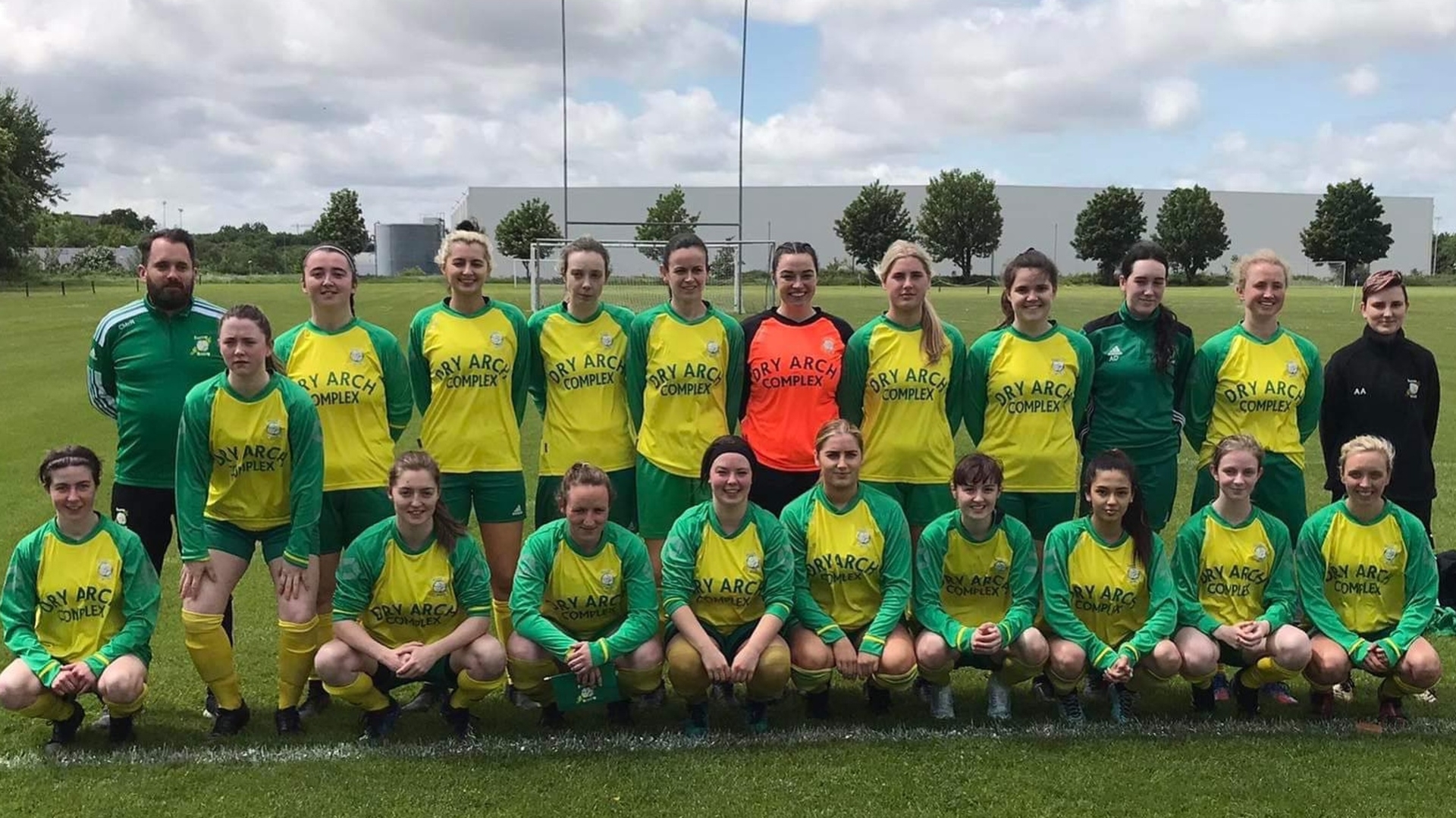 “Everyone is doing their bit and the bottom line is, people play sport to enjoy themselves and do the best they can and that’s what everyone thinks of Bonagee.”

From a local historical perspective, Lagan Harps’ 2010 side were the last Donegal victors in the Intermediate Cup, following on from Kilmacrennan Celtic a year beforehand. Letterkenny Rovers were winners in both 1999 and 2001. This is Bonagee’s first ever semi-final appearance, having lost out narrowly in the last eight just three years ago.

“I was on the Bonagee team that lost the quarter-final in 2019 [against TEK United at Deansgrange] and we were very disappointed to lose that day,” McKinney says.

Bonagee, right in the mix in the Donegal Women’s League, are currently battling on three fronts, with an appearance in the FAI Women’s Senior Cup next month too.

“We’re in Cork to play Douglas Hall this weekend in the Intermediate Cup and on Tuesday of this week, we were all tuned in to see the draw for the Senior Cup. Who did we get? Cork City away!,” McKinney adds.

“Emma Doherty from Scoil Mhuire emailed me to wish us the best of luck. As it happens, her Sligo Rovers team actually got Douglas Hall in that senior draw. It’d have been nice to see how we fared against the likes of Sligo but it wasn’t to be. We’re off to Cork again in three weeks time but look, this is what it’s all about and you want to be playing in the big games. 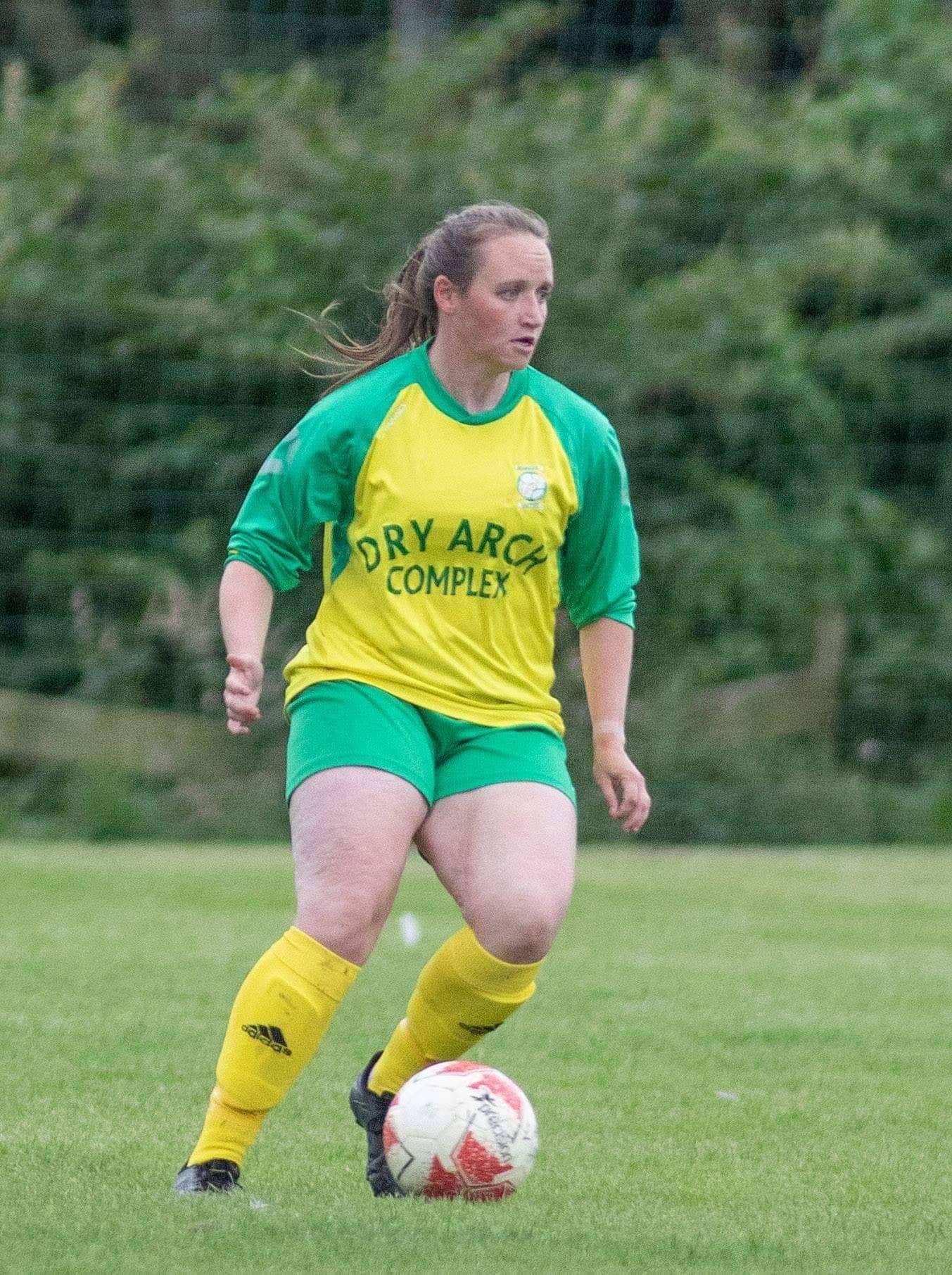 “Donegal has such strong players and you can see that on a national level. I believe it’s only a matter of time before we’ve a club competing in the national league and the next few weeks will tell us where we’re at as a club.

“It’s great to be in the semi-final - of course - but it’s the worst round of any competition to lose. We want to go one step further. The club has been brilliant for us with everything and arranging an overnight stay for us all on Saturday, which can’t have been easy, and it would be brilliant to come back up the road on Sunday night with a final to look forward to. That’s the aim.”