‘The first thing I said when I woke up was ‘when can I play football again?’

The name of Adam McCaffrey was in everyone’s thoughts last December when he suffered a serious injury playing for Finn Harps U-21s in Letterkenny. The now 21-year-old’s incredible journey of recovery saw him make his first team debut last Friday against Shelbourne 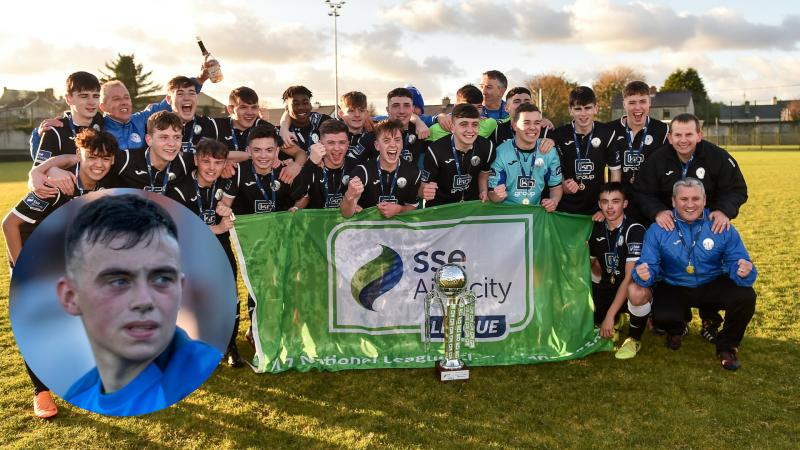 Just about an hour had been played on a summer’s evening at Tolka Park last Friday when Shelbourne manager Damien Duff looked down along the touchline to see fourth official Rob Hennessy prepare a substitute for Finn Harps.

Duff’s side were 2-1 up and if there was to be a fourth goal, it looked like it would be the Drumcondra side who would get it. Off trundled Dylan Duncan. On came Adam McCaffrey for his first senior appearance for the Ballybofey club.

There’s always a nice ripple of applause when a local lad makes his first team bow. But for those of blue and white persuasion in the corner of the Richmond Road Stand, it was even more supportive than the norm as McCaffrey took up position on the right-hand side. 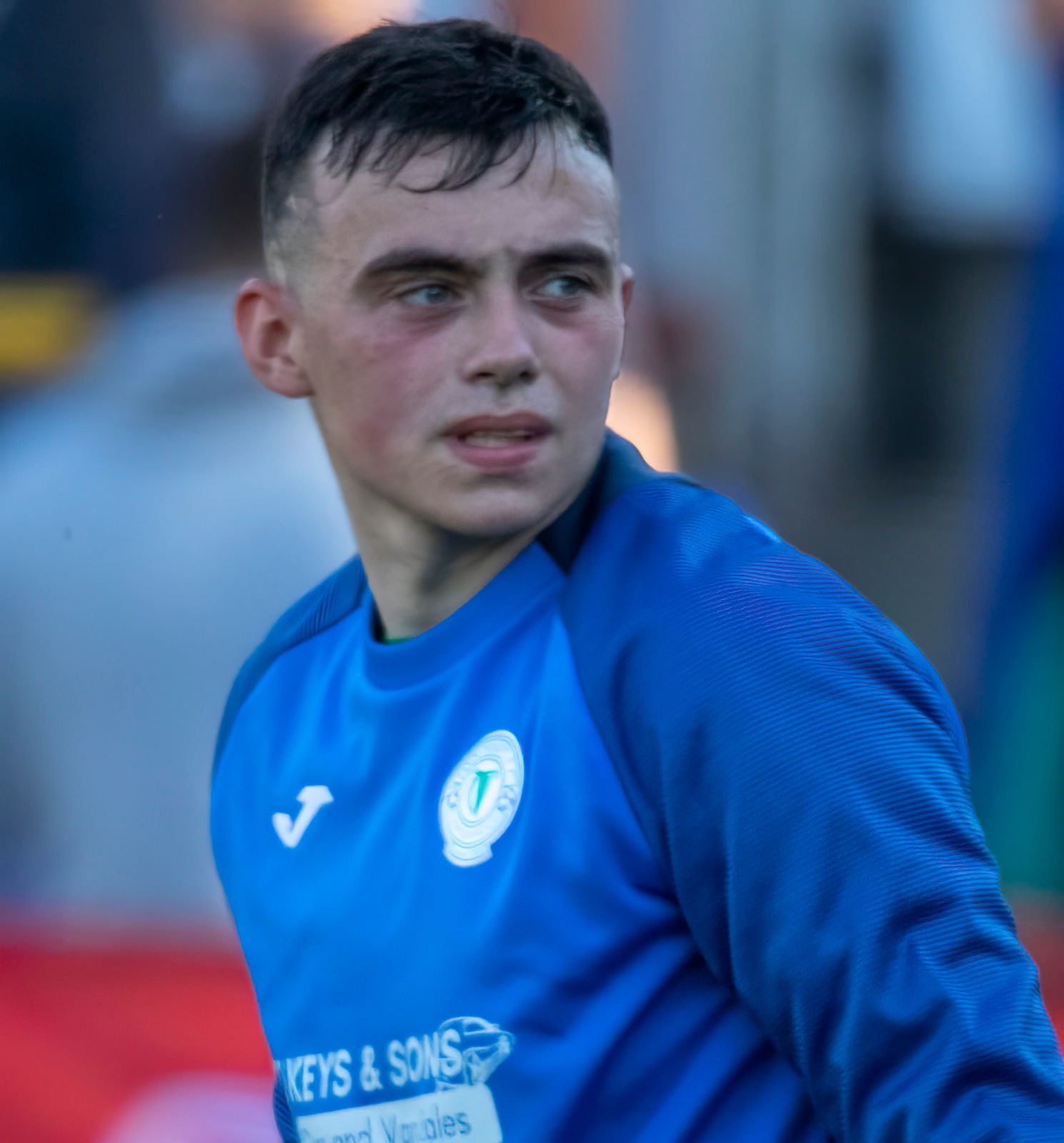 Just over half an hour later, match referee Kevin O'Sullivan called for the ball, with the contest ending in a pretty routine 3-1 win for Shelbourne and the two teams and management exchanged pleasantries. McCaffrey wondered if Duff remembered him and admitted since he was too shy to ask.

Duff, along with former Republic of Ireland manager Brian Kerr, and David Meyler, who captained Martin O’Neill’s side in their famous smash and grab against Wales at the Cardiff City Stadium when James McClean scored the only goal in 2017, were among McCaffrey’s hundreds of well-wishers since the last time he took to the football field.

The last time McCaffrey, who is from Fairhill, Dungloe, played a competitive match it was the day his life almost changed forever. Finn Harps Under-21s were contesting a Knockalla Caravans Senior Cup tie against Buncrana Hearts at Letterkenny Community Centre. It was Sunday, December 12. McCaffery would turn 21 the day afterwards but that’s not the reason it will be etched on his mind forever.

McCaffrey had only just rejoined the squad, following 10 days of Covid isolation, where he spent, as he admits himself, a pretty boring and lonely stretch watching Liverpool videos on YouTube in his room.

He stays in Ballymacool Forest in Letterkenny, saving the daily commute over Meenaroy, whilst studying in what was then his first year of a Higher Certificate in Sports Studies at Letterkenny IT (now Atlantic Technological University), with the dream to become a PE teacher, or a personal trainer.

“That day, I was wondering how I would be after Covid,” he says. “But I felt normal. Good. There were no effects and I was just looking forward to playing. I had missed the previous game so I was wanting to just get back at it.”
Now, he recalls the incident vividly before the blackout.

“I was chasing a ball over the top and there was a clash of heads,” he says. “I even remember looking down at my arms, which were covered in blood, ‘cause there was blood gushing from my head. Then nothing …”

It would be the last thing he would recall until Tuesday, some 48 hours later. In a panic, McCaffrey was taken to Letterkenny University Hospital and spent his 21st birthday in an induced coma. When he came around, there was nothing wrong with his mind, although his body was weak.

“I was told the first thing I said when I woke up was ‘when can I play football again?’” he says with a laugh. “But I felt paralysed, like I was in a car crash or something like that.”

McCaffrey’s injuries were severe. Two fractured skull bones, shattered facial bones, a punctured lung and extradural hematoma (blood on the surface of the brain), meaning an ambulance to Beaumont Private in Dublin. His mother, Fiona, was not permitted entry because of the restrictions in place and could only stay in a nearby hotel, getting crumbs of information on her son.

Under the knife of Consultant Neurosurgeon Dr Catherine Moran, the major concern for McCaffrey was bleeding of the brain. Back home, later that week, a GoFundMe was set up, which raised €37,843 in a handful of days, including a €5,000 donation from Dermot Desmond, who is the majority shareholder of Celtic Football Club.

Duff, Kerr and Meyler - and of course a Rosses legend, country music singer-songwriter Daniel O’Donnell - were just some of those who sent well-wishing videos, to which McCaffrey says: “I’ll be saving those and keeping them for a long time.”

The operation went well and after being transferred back to Letterkenny University Hospital, McCaffrey was home within a week. It was, in the circumstances, a quick turnaround, although with the Christmas decorations being put up in Fairhill, still only the start of a long journey.

“The main thing at the start, was even just to get back walking, to get the blood flowing, as I had been having chest strains with the lung injury,” McCaffrey says. “There were a few appointments yes, and by March I was told that I could participate in non-contact training.”

McCaffrey chugged away on his own. Down the years he had lined out for Dungloe Town FC under Pat Ward, onto Keadue Rovers and played for Dungloe GAA club with his best friend Daire Gallagher, who is the son of the current senior team manager Dessie. 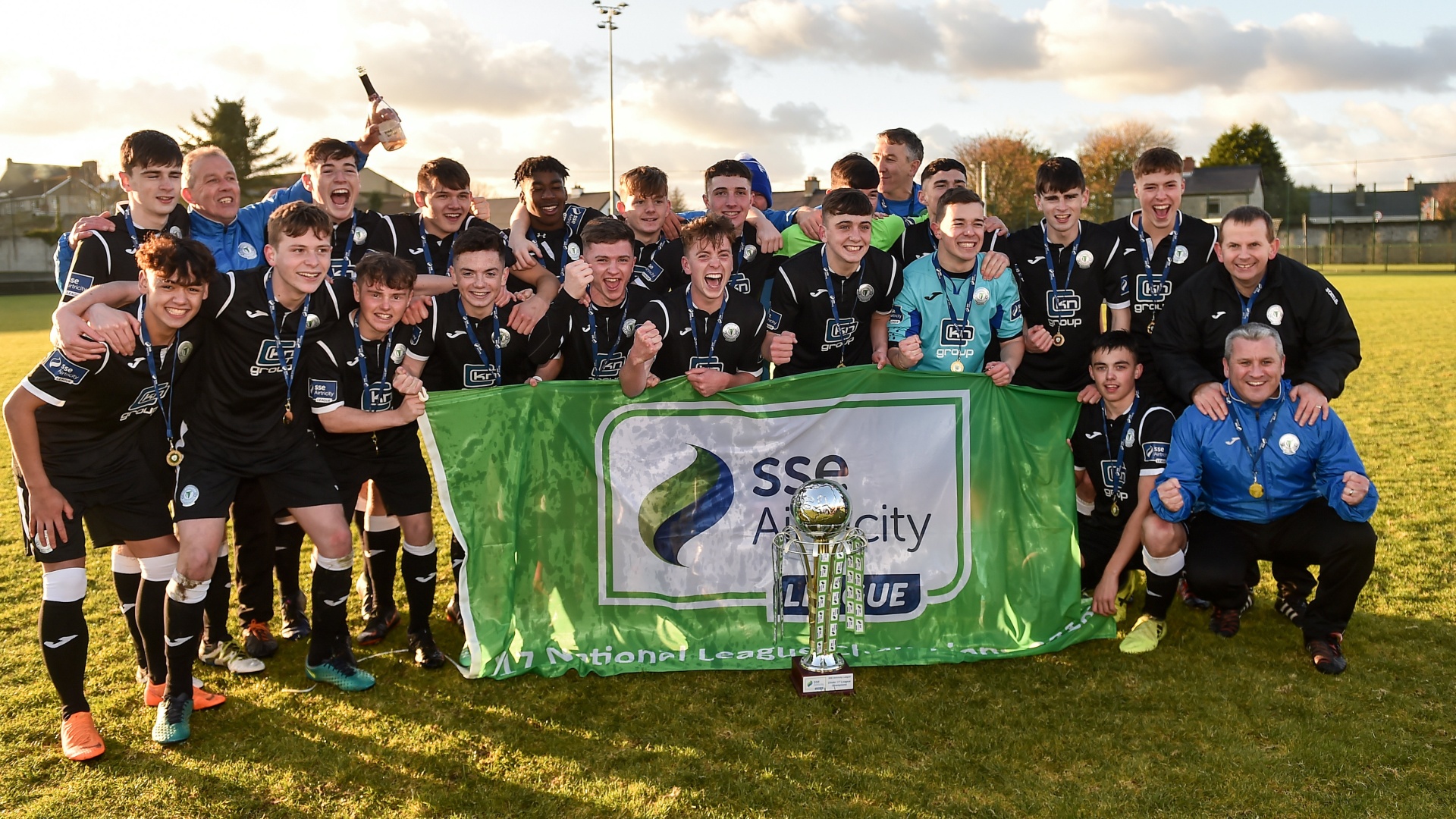 But when there was a clash, midfielder McCaffrey always veered towards football and was part of the Finn Harps academy from U-15, playing in the 2018 SSE Airtricity U17 League final at Maginn Park in Buncrana, when Harps sealed a memorable double having already won the U-17 Mark Farren Memorial Cup a month beforehand in September.

“The Harps academy has been brilliant since the day I joined, with Kevin McHugh, Joe Boyle, Declan Boyle and Stephen McNutt, and many more,” McCaffrey added. “I feel that I’ve improved as a player year on year. I was delighted to get a contract with Ollie Horgan and the chance to play last week.

“It was good to get back on the pitch against Shelbourne. It was a high tempo; that was the first thing I noticed and Shelbourne are a really good side. It was disappointing to lose, of course, but for me it was bittersweet, just getting back to playing football was great. I’ll keep working hard, training and doing my gym programmes and see where it takes me. Just get some more experience really.”

McCaffrey still bears a scar above the eye and says he can still feel a little twinge every time he blinks. But in the circumstances, his recovery and return to competitive football from that dusking afternoon in Letterkenny last December has been as good as anyone who prayed for him might’ve hoped.

“I can’t thank Finn Harps, the football family in Donegal and indeed from all over the country and further afield for all the support, the messages and the donations, enough,” he says. “Everyone really played a part in my recovery so thank you.”