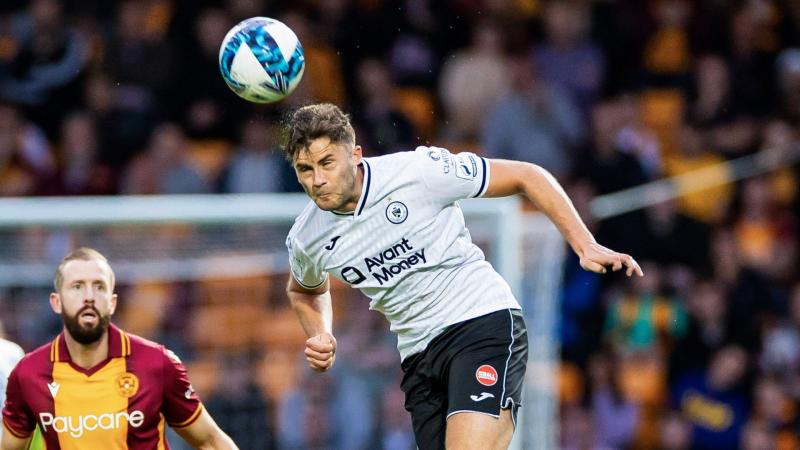 Shane Blaney was part of the Sligo Rovers side who sealed a fantastic Uefa Europa Conference League Second Qualifying Round first leg 1-0 win at Fir Park against Motherwell this evening.

John Russell's side scored the only goal of the game through Aidan Keena on 27 minutes, when he got in behind the Motherwell defence and lifted the ball over advancing goalkeeper Liam Kelly.

Blaney and Garry Buckley at the heart of the Rovers defence put in good defensive shifts and when called upon, with Luke McNicholas in goal for Sligo putting in an impressive showing. The 22-year-old was making only his second start of the campaign for Sligo as Ed McGinty, who lived in Ballyshannon and is from Motherwell, today joined League One Oxford United.

Letterkenny native Blaney, who is 23, lined out for Illistrin and Donegal Schoolboys and made three senior appearances for Finn Harps in 2017, having represented the Ballybofey club's U-17 and U-19 sides. He joined Doncaster Rovers in 2018 and played on loan at Tamworth, Grantham Town and Blyth Spartans before returning to the north-west with Sligo last year.

The second leg will take place next Thursday night the Showgrounds and whoever comes through the tie will take face either Sparta Praha of Czech Republic or Viking of Norway in the next round. Motherwell finished in fifth place in the Scottish Premiership last season.