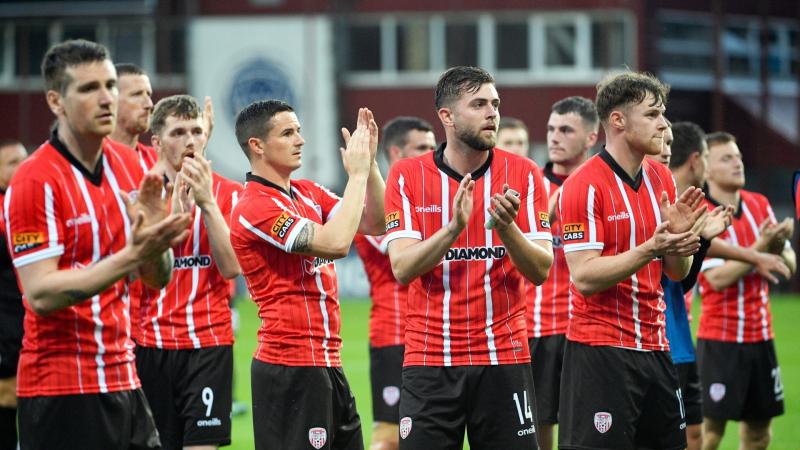 With the Foyle Cup reaching its climax at a host of grounds all over the north-west, Leckview Park will play host to a friendly fixture tomorrow between Derry City and Institute FC.

Sligo Rovers’ continued involvement in the Uefa Europa Conference League means the Candystripes have no fixture in the SSE Airtricity League Premier Division this weekend so will take on their Foyleside neighbours Institute instead at the home of Letterkenny Rovers FC on Saturday at 3pm.

James Akintunde headed a 93rd minute winner to give Derry City the points in a 2-1 win against a Finn Harps side who had been holding on for dear life in the north-west derby in Ballybofey.

Ollie Horgan’s side were in front with striker Robert Jones scoring the opening goal before Derry managed to get on terms as late as the 80th minute with Ryan Graydon on target with his first goal for the club.

Derry are due to welcome Dublin’s Oliver Bond FC from the Leinster Senior League in the FAI Extra.ie FAI Cup on Saturday week. Institute will open their NIFL Championship away to Dundela FC on Saturday, August 13.