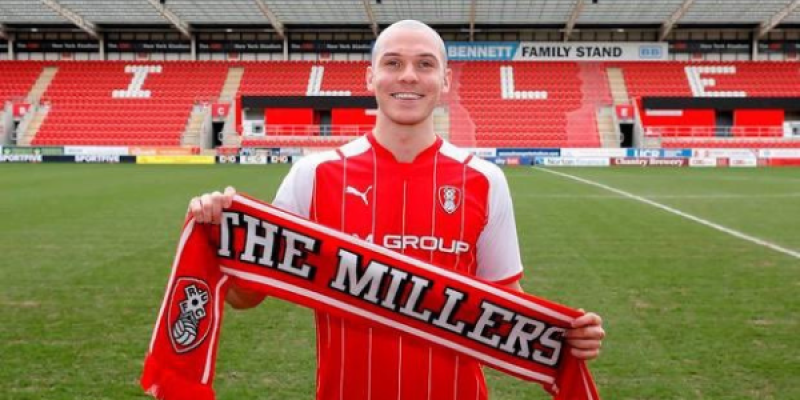 Georgie Kelly has been on form for Rotherham in pre-season.

The Tooban man has been in excellent form this summer as Rotherham prepare for life in the Sky Bet Championship.

In April, Kelly hit a memorable debut goal, the strike to seal promotion from League One in a 2-0 win over Gillingham at Priestfield Stadium. Injury had kept Kelly waiting in the wings after his move from Bohemians in January.

The 25-year-old has been showing his worth to Paul Warne, the Millers manager, in pre-season.

On Saturday, Kelly struct the second goal in a 2-1 win over Crewe at Gresty Road.

Conor Washington opened the scoring after just 40 seconds and Kelly added a second, heading home from a Shane Ferguson cross in the 39th minute. Daniel Agyei pulled a goal back, but the pair of first-half goals secured the win.

Last Tuesday, Kelly netted in a 2-2 draw with Doncaster having scored twice in a 2-0 win over Fleetwood in Croatia. In Rotherham’s opening game of their pre-season campaign, Kelly also bagged a goal in a 4-2 win over Parkgate.

Rotherham get their Championship campaign underway on Saturday when they welcome Swansea City to the New York Stadium.