Bonagee United defeated Lagan Harps on Monday which means the two sides are now joint-top of the Donegal Women’s League, although the Dry Arch Park side have a game in hand with three left to play 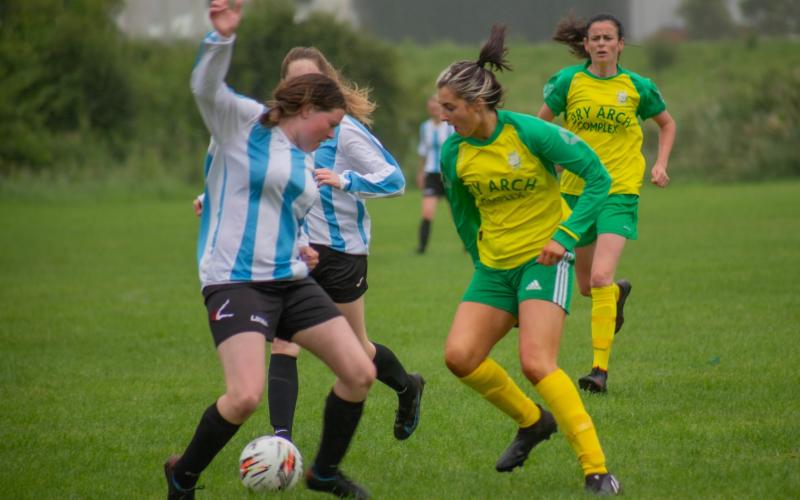 Patience - we’ve long since heard - is a virtue and that proved the case on Monday evening at Goose Green in Letterkenny as three second half Bonagee United goals against Lagan Harps grabbed control of the Donegal Women’s League.

Following a scoreless first half, which Chris McNulty’s team shaded on the possession stakes although both teams came within a whisker of breaking the deadlock, Bonagee dominated the second with a succession of opportunities.

There was still no breakthrough after an hour and with the young Lagan team increasingly hemmed in, with Bonagee maintaining their focus and clunking up through the gears to post three goals - with Bronagh Gallagher, Eimear Sweeney and Deborah Kerrigan on the mark - for a welcome three points. It means they’re now level on top of table on 12 points with their rivals from Manorcunningham.

Crucially, though, Bonagee have a game in hand and three to play - against Raphoe twice and Drumbar United - so seven points will take the league title to Dry Arch Park. Basically, it’s in their own hands. 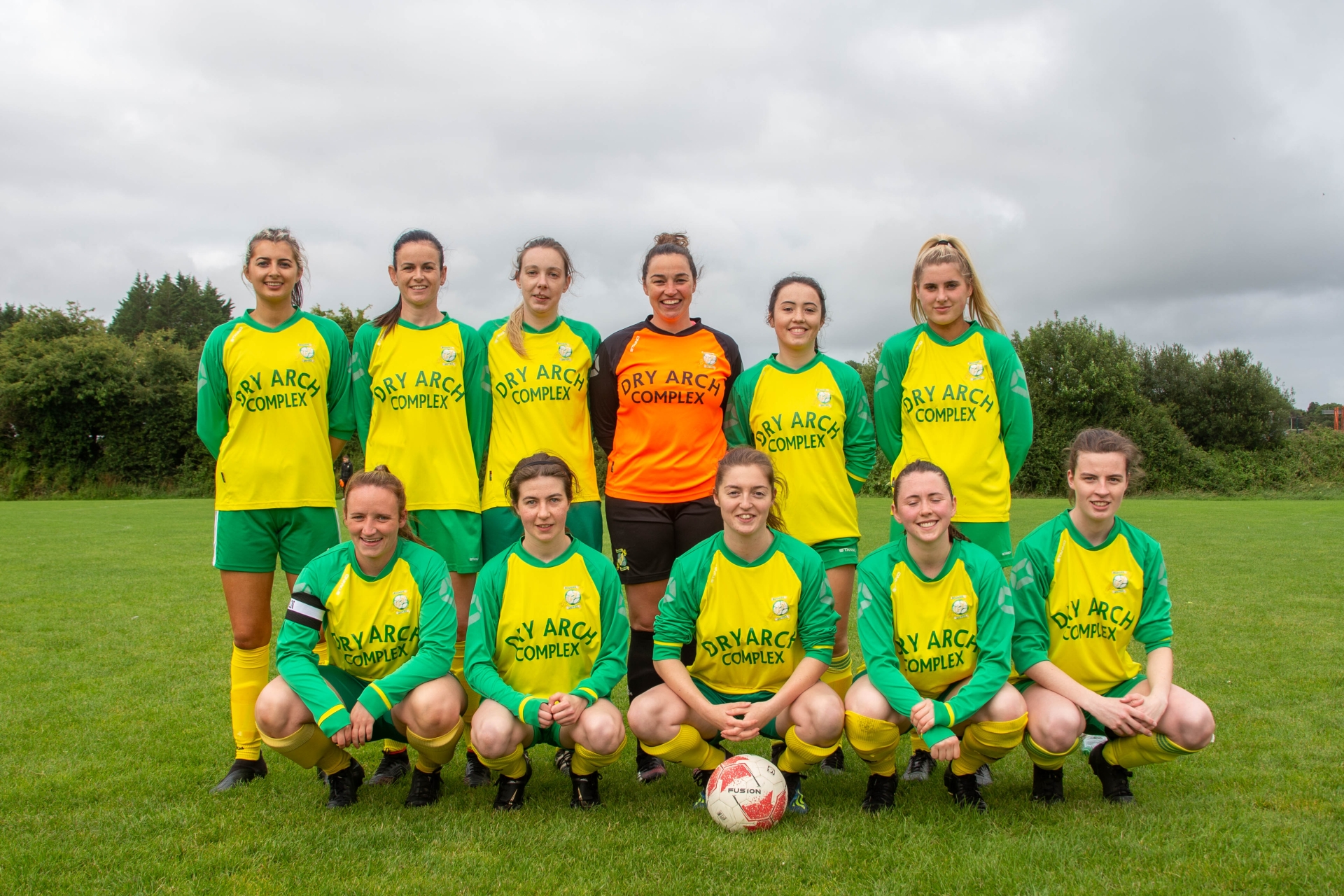 As early as the 10th minute, a Ciana Brogan corner wasn’t dealt with by the Lagan defence and Amy Thompson poked the ball goalwards only for Georgia Rudden to save at point-blank range.

From a dangerous break at the other end, Claire Orr squared to Orlaith Connolly, who opted to take the shot on early and from the edge of the area was certainly unfortunate to see it clip the crossbar on the way over.

Bonagee's Amanda Callaghan’s free-kick from 30 yards came back off the crossbar and again it was Thompson who followed-up but again it was the competent Rudden who saved. 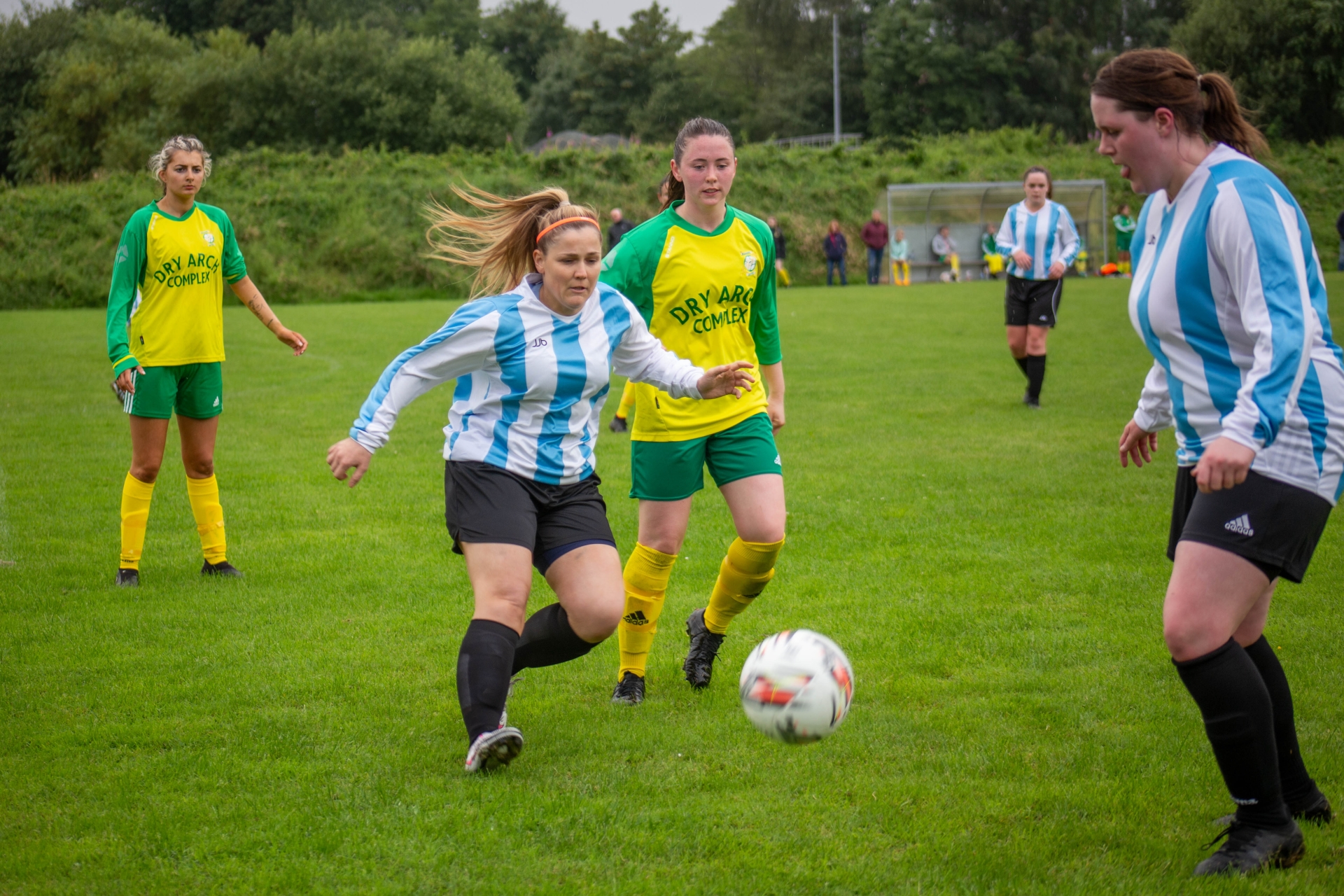 Lagan again replied with a warning shot as Nadine Crawford, from long-range, saw Mailey off her line and an optimistic effort wasn’t far off being perfectly executed, sailing inches over with the Bonagee goalkeeper frantically backpedalling.

Bonagee put on the press in the second half and having seen a succession of corner-kicks cause consternation but not conversion, might’ve wondered if it was going to be their day as Gabriel Crawford’s team were battling to maintain parity. They had shown in the first half their capabilities in attack so Bonagee were always mindful of leaving the back door ajar.

The breakthrough finally came on 63 minutes when debutante Mollie Page set Gallagher away and although Lagan protested there was a foul in the build-up, referee Patrick Martin shook his head. Gallagher, with the ball at her feet, steered past Rudden for 1-0.

With so many set-pieces, you got the impression that Bonagee would benefit from one and having doubled-up on a 70th minute corner, Lagan could get it out and new recruit Eimear Sweeney stabbed home goal number two.

The third goal subsequently arrived two minutes later when a long ball from Mailey was met by Doherty, who squared to Kerrigan to sidestepp the challenge of Rudden to roll into the empty net. 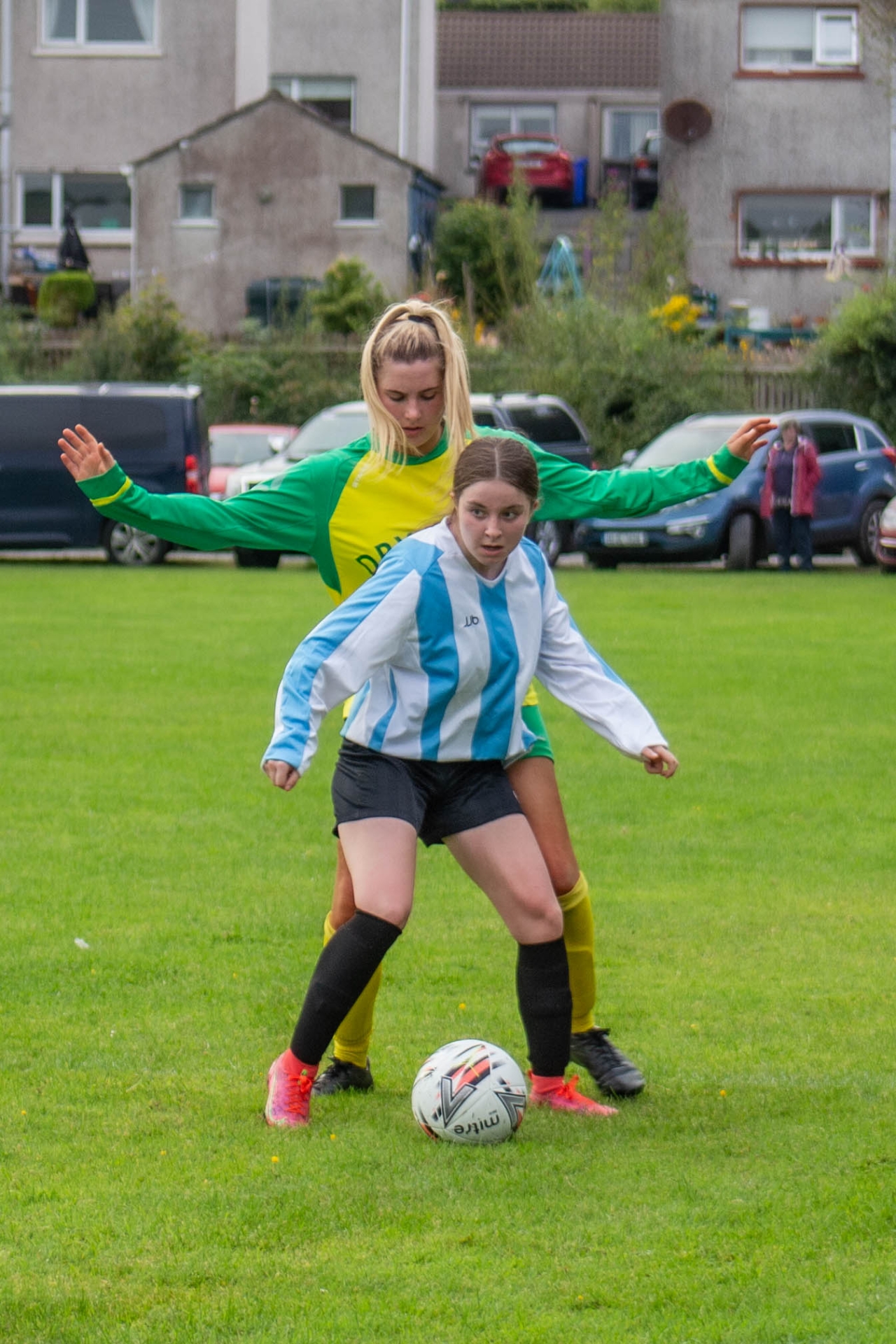