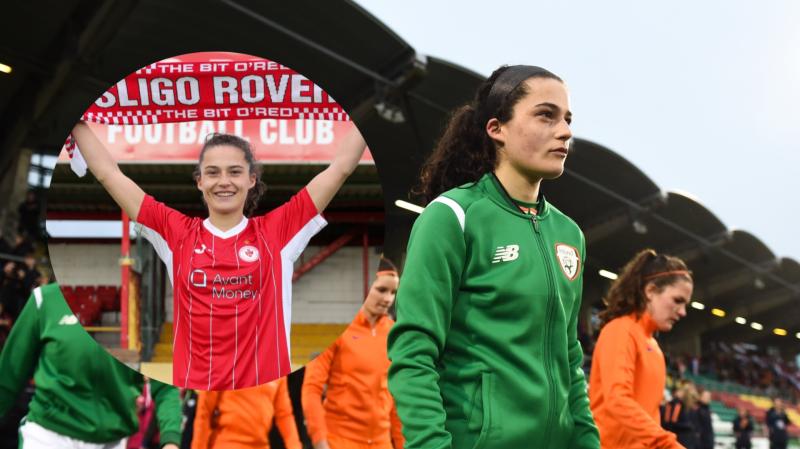 Amy Boyle-Carr on her Republic of Ireland senior debut in 2018 and, inset, in the colours of Sligo Rovers. Photos: Sportsfile/ Sligo Rovers FC

Republic of Ireland senior international and Donegal wing-back Amy Boyle-Carr has joined Sligo Rovers until the end of the season.

Boyle-Carr is sporting all-rounder who ran for Finn Valley Athletic Club, played football for Sion Swifts and Gaelic Football with both Naomh Conaill and Donegal, for whom she made the breakthrough in 2018.

The Glenties native was one of the standout performers for Maxi Curran’s Donegal side this year who reached the final of the Lidl Ladies Football League Division 1 and the LGFA TG4 All-Ireland SFC semi-final, losing to Meath by two points on each occasion.

Having lined out for the Republic of Ireland U-17 side, she debuted for the seniors in 2018 against the Netherlands at Tallaght Stadium. In 2019 she committed to Gaelic football and helped Donegal to Ulster success that summer. 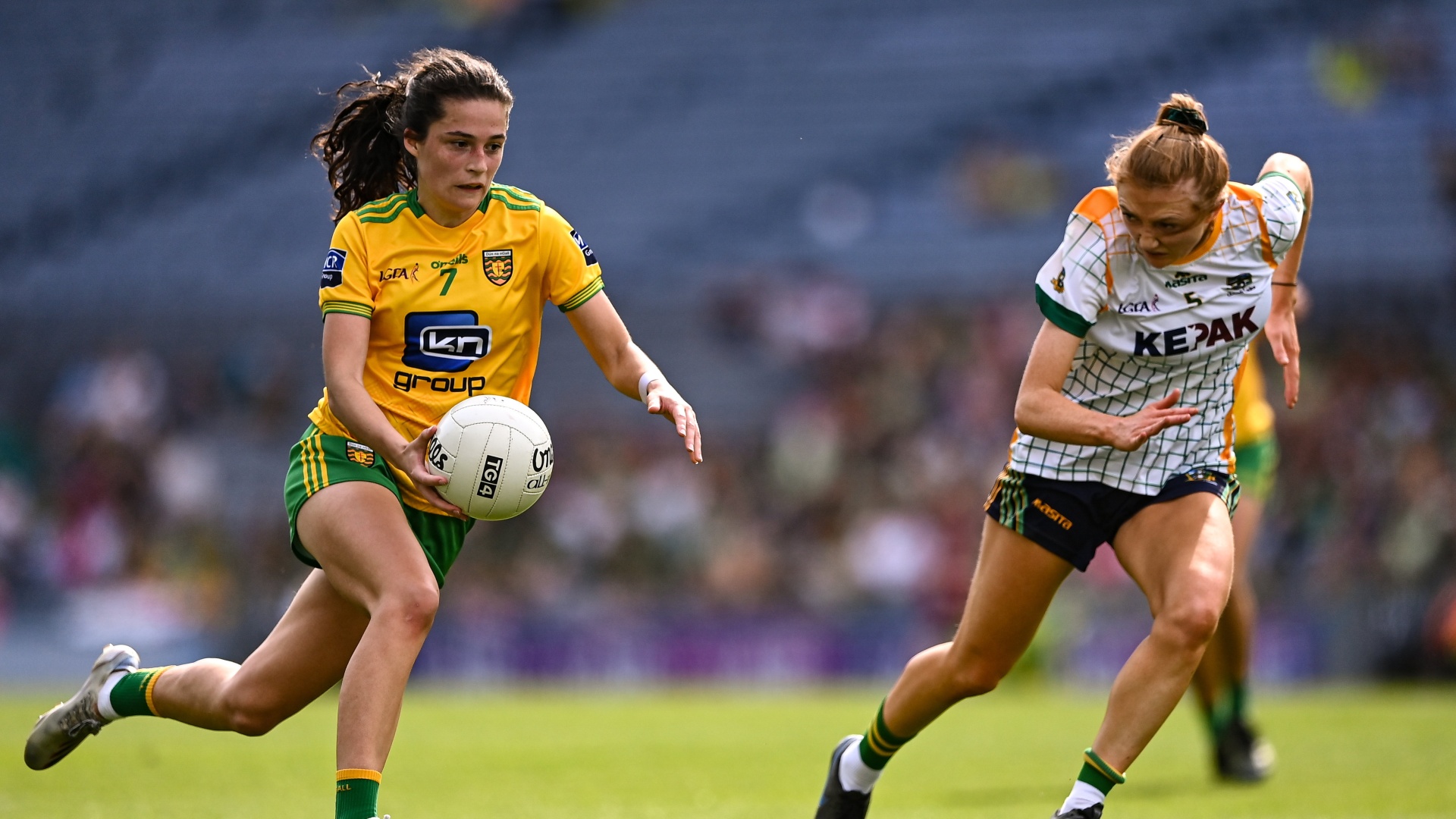 Boyle-Carr studied health science and physiology at IT Sligo (now ATU Sligo) and the 21-year-old took part in training with Sligo Rovers on Monday night under the guidance of manager Steve Feeney and made the decision to join the club afterwards.

She joins the increasing Donegal contingent on board - Emma Doherty from Buncrana, Illies’ Alana Doherty and Paula McGrory, Greencastle native Gemma McGuinness and Caoimhe Brennan, who is from Ballybofey. Sligo are in their first season in the Women's National League, currently in eighth place with 16 points from 17 matches ahead of Shelbourne's visit on Saturday evening.

Shane Blaney's name was listed wrong on team sheet last week as Sligo Rovers won at Motherwell's Fir Park and although its led to the Letterkenny native getting a new nickname in the last week, the goal remains the same


“Steve had been in touch at the start of the year, but I’d already committed to Donegal,” Boyle-Carr told the official Sligo Rovers website. “I said I’d come down on Monday and see how I got on. I enjoyed it. “It’s brilliant, it’s a great opportunity to get. I said I’d sign and see how it goes. It will keep me fit.

“I wasn’t putting too much pressure on myself. The girls are great, it helped that I knew some of them. I was chatting to them and they were telling me about the backing they get from the club and the support so it’s fantastic. It will only push everyone on.”