On a famous night at The Showgrounds, Shane Blaney netted as Sligo sent Motherwell packing from the Europa Conference League 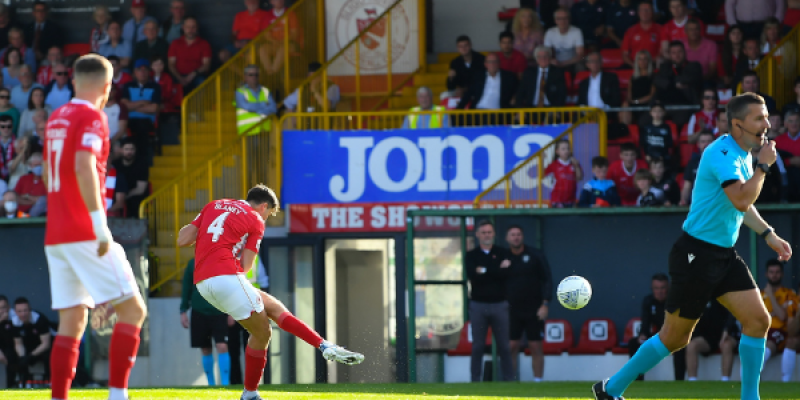 Blaney scored the opening goal in a famous 2-0 win for the Bit O’Red at The Showgrounds.

Aidan Keena’s goal in the first leg at Fir Park had given Sligo a slight edge.

A sold-out Showgrounds shook when Blaney broke the deadlock.

Liam Kelly, the Motherwell goalkeeper, could only watch in horror as Blaney fired a free kick to the net.

A superbly-hit shot swirled past the helpless Kelly and Sligo were now in a firm command.

In added time, Max Mata made the win safe when he struck a second.