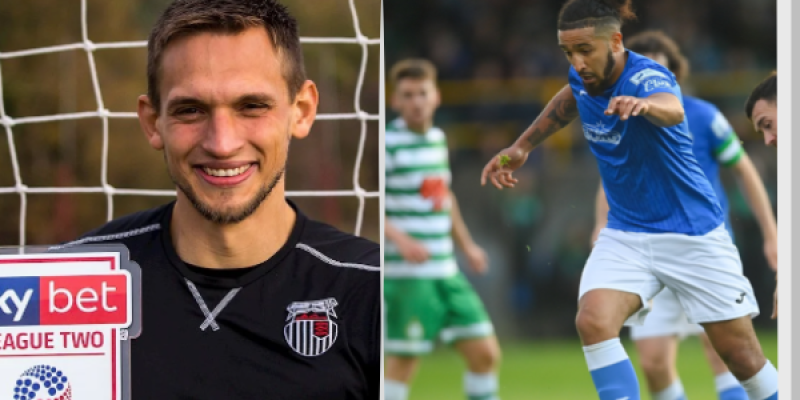 James McKeown has signed for Finn Harps, while Bastien Héry has left the club

As the 33-year-old makes the move to Ballybofey, midfielder Bastien Héry has left the club, going to Galway United on loan.

McKeown played over 500 times for Grimsby Town and was awarded a testimonial by the club in 2021.

Following their promotion to League Two, McKeown was released by the club last month.

A Republic of Ireland underage international, McKeown could come into the Harps squad for this evening’s FAI Senior Cup game against Bohemians.

“I’m just delighted to be here,” he said.

“I wanted a fresh challenge and start. I always wanted to come and play abroad at some point again after playing in Holland and experience a different league.

“It's an exciting time for the club with the new stadium getting the go ahead.

“I couldn’t have been made more welcome, but ultimately the job for us now is make sure we give everything and stay in this league and can’t wait for the challenge that lies ahead.”

In October 2018, McKeown was the League Two Player of the Month.

Héry, meanwhile, has joined Galway United on loan for the remainder of the season. The well-traveled 30-year-old joined Harps having been at Derry City last season.