Finn Harps bow out of FAI Cup after Bohemians defeat 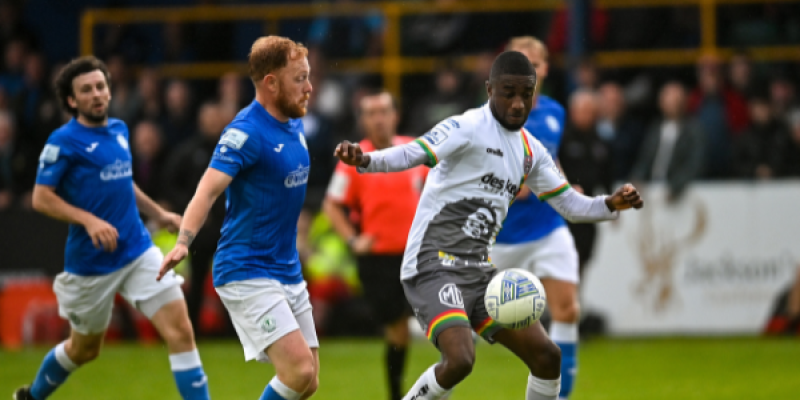 Bohemians, the beaten finalists last season, moved into the next round of the FAI Cup after getting the better of Premier Division strugglers Finn Harps in Ballybofey.

First-half goals from Declan McDaid and Josh Kerr laid the foundations and Junior Ogede-Uzokwe made the route to round two safe after Eric McWoods pulled a goal back in first-half stoppage time.

Harps have been busy in the transfer market of late, but this an evening to forget for their new goalkeeper, James McKeown. Harps bow out of the cup and are now winless in their last 12 outings.uyyu7

In the 19th minute, the Gypsies broke the deadlock. It was a move right out of the text book, McDaid sweeping home from 12 yards after a ball in from James Clarke - making his Bohs debut after his arrival from Drogheda United -  on the right-hand side.

Harps, though, would gain a lifeline when the returned McWoods raced onto Ethan Boyle’s ball forward. There were hints of offside as the American scampered forward and McWoods kept cool to tuck home.

It felt as if it was game on, but disaster struck in the third minute of the second half. The back-peddling McKeown appeared caught in two minutes and he palmed McDaid’s dangerous ball into the path of a grateful Junior, who easily nodded into the net. 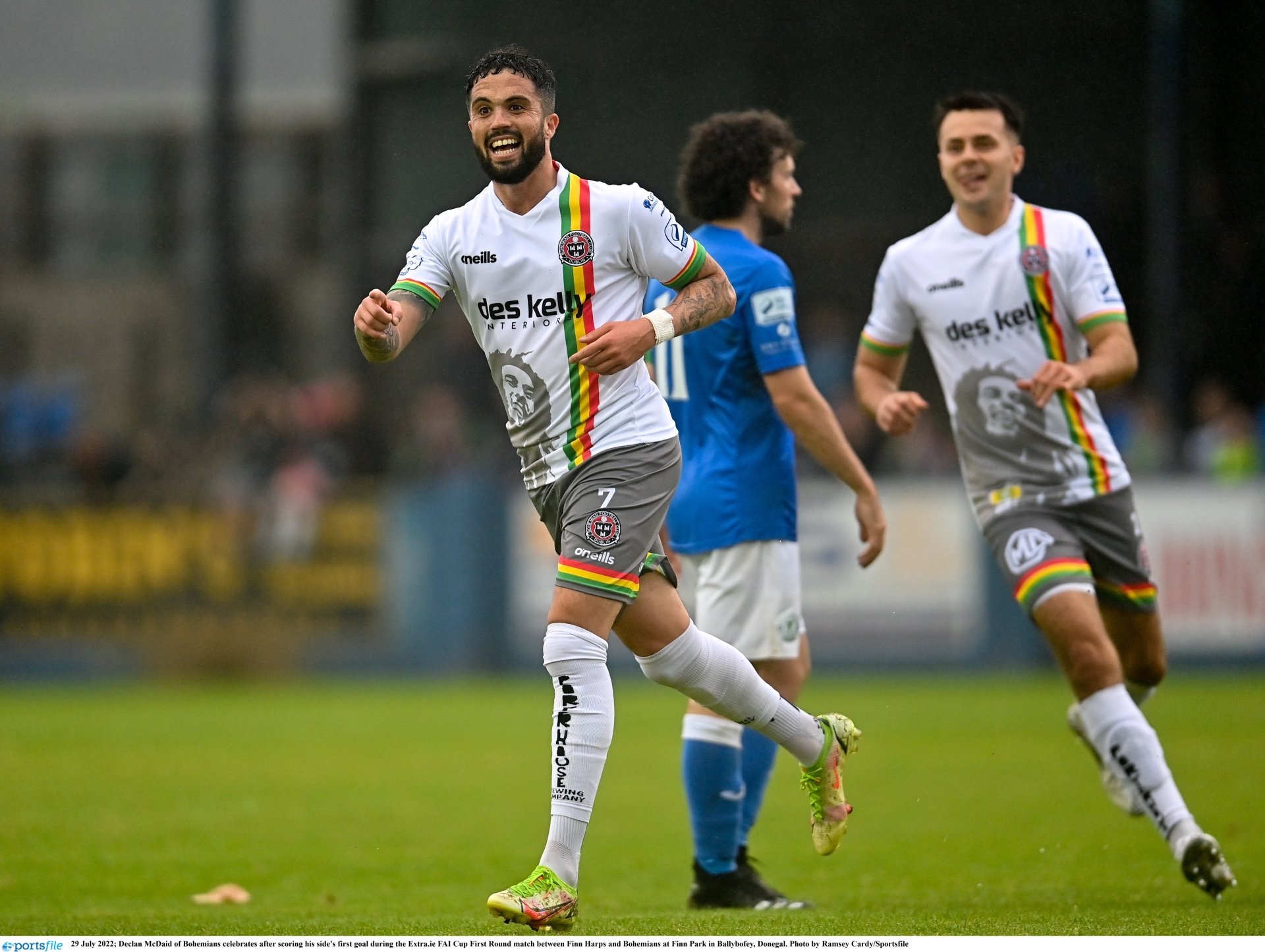 McKeown and Boylan were thrown straight into the Harps eleven by Ollie Horgan. McKeown, who amassed over 500 appearances for Grimsby Town, took the place of Mark Anthony McGinley, while Boylan, on loan from Galway United until the end of the season, also came in.

McKeown was called into action in the first minute of his debut, saving from Junior, while he watched with relief as O’Sullivan’s deflected effort flew wide in the 17th minute.

Mihaljevic drilled wide and Tadhg Ryan, the Bohemians goalkeeper, held onto Ryan Connolly’s daisy-cutter soon after as Harps sought a way back. 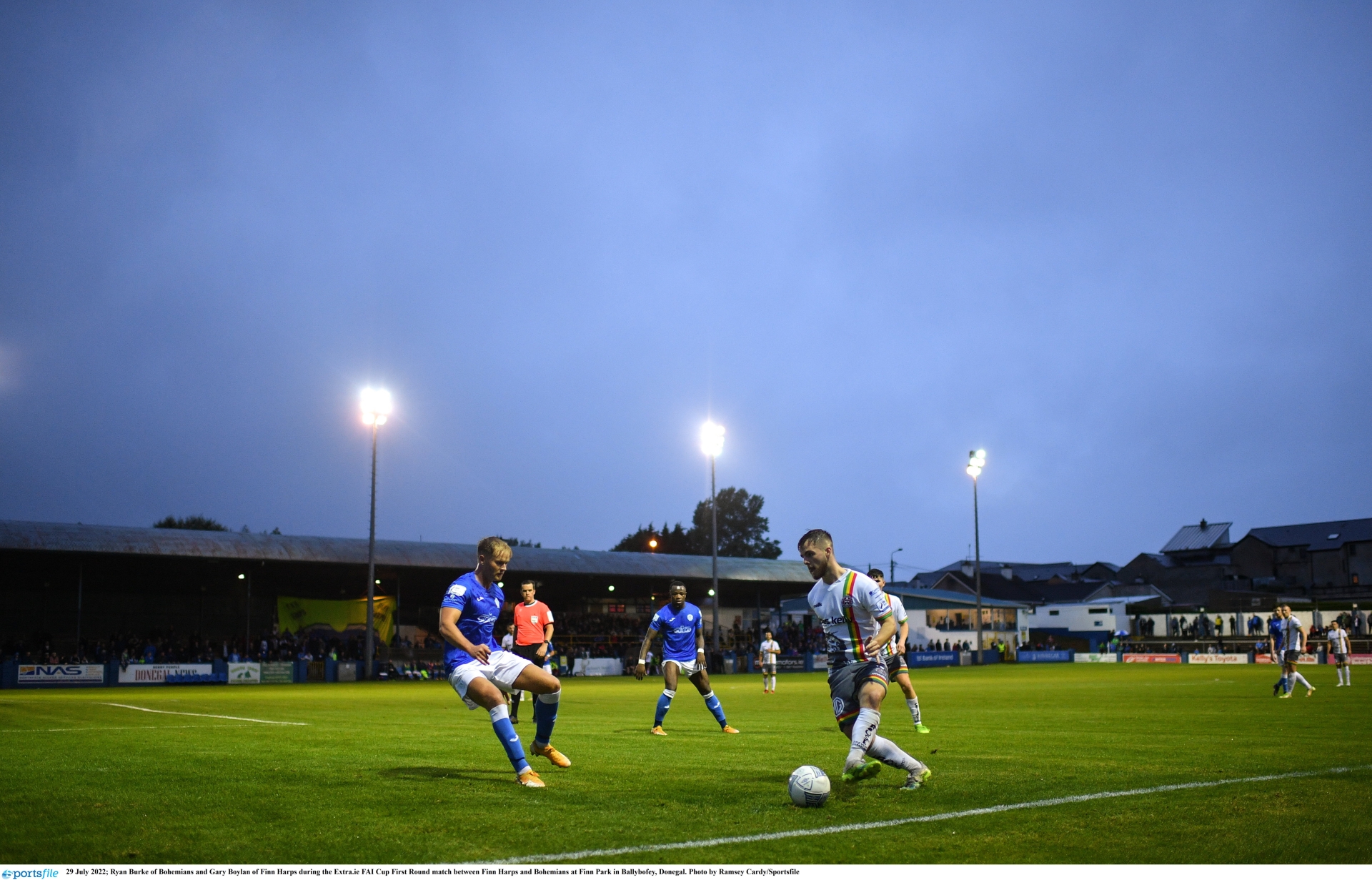 Ryan wasn’t fully exerted, although Rob Jones and Ethan Boyle were off-target with headed efforts after decent passages by the home side.

In the moments after McDaid’s opener, Harps had a huge let-off. McKeown brilliantly parried a stinging drive from Jordan Flores, the Bohemians captain, and the follow-up attempt by Junior Ogedi-Uzokwe was into the side netting.

Harps were livid as the move, which saw John O’Sullivan break free only for his pockets to be picked at the vital moment by Gary Boylan, began when Bohs surged forward after Filip Mihaljevic went to ground on the edge of the area. Referee Rob Harvey sternly shook his head at the home appeals.

McKeown atoned for his earlier mishaps when saving from Bohs substitute Ethon Varian 12 minutes from the end.

Bohs were beaten in last year’s final on penalties by St Patrick’s Athletic, but Keith Long’s men are safely over the first hurdle again.