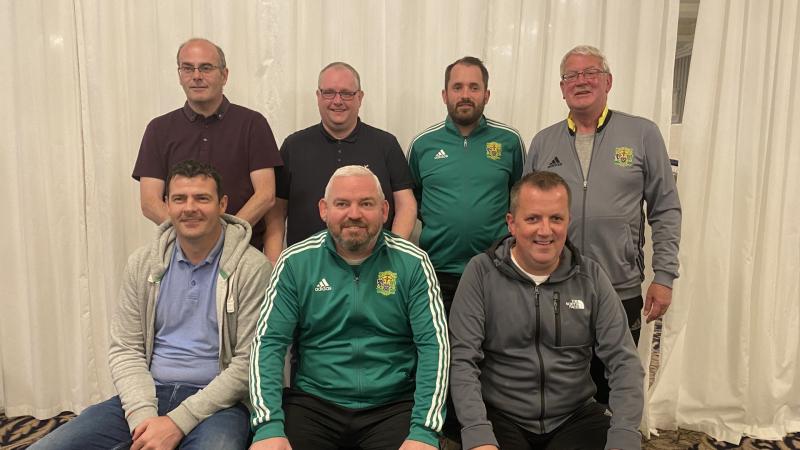 Outgoing Ulster Senior League chairman Johnny McCafferty has called on the Ulster FA and FAI to assist intermediate football in the county, which is on “shaky ground.”

There were new faces elected to the league’s executive at this evening’s AGM in Letterkenny, with Bonagee’s Jason Gibson replacing McCafferty, who was in the role since 2013.

Paul McKinney of Cockhill takes over as vice-chairman in place of Patrick McLaughlin and Kieran McGrath from Letterkenny Rovers steps into the position of registrar in place of Gibson.

Besides that, Niall Callaghan will continue as secretary and fixtures’ secretary, Donal Coyle as treasurer, Chris McNulty in the role of PRO and Paddy Friel will oversee assistant secretary and referees’ appointments.

“The Ulster Senior League is a platform for our intermediate footballers to display their skills,” read McCafferty’s report. “Through the years numerous players have progressed into senior football and have excelled at that level. Our league is very important for that progression to be maintained.

“However, there is a disjoint with the junior leagues. It is staring us in the face that there has to be promotion/relegation in order to capture the potential that is evidently out there. I question the modus operandi of the Ulster FA. What they are doing to combine the leagues within their control? The talent that is out there must be captured and nurtured to promote the obvious stills that we will see week-in, week-out.

“I also question the motivation of the powers that be in the FAI. Is there a commitment to fully implement intermediate football in the provinces? We have already lost Connacht and at the minute we are on shaky ground there in Ulster. I have a feeling ‘we are on our tod’.

"In conclusion I wish to thank the executive for their unstinting work in ensuring the smooth running of the league over the years. I am forever grateful for the bonhomie and support shown in my time as your chairman."

Callaghan, in his secretary’s report, said that the Ulster Senior League, which will get underway in September again with six clubs first made their concerns known to the FAI in February 2025.

“Nothing has changed,” Callaghan added. “We have made it known that we are constantly putting out fires.”

PRO McNulty admitted that it was a “frustrating season” with certain clubs not submitting match reports, team photographs and updates - Derry and Finn Harps the worst offenders - and informed those in attendance he had offered his resignation in October before reconsidering. He added that his requests were “not outlandish”.

Callaghan, the league secretary, sent out a reminder to clubs of their responsibilities in October, with McNulty saying: “The current fine of €50 for not submitting a match report should be more.”

Coyle indicated that for this year’s competition, which will take place in late September with Munster playing host, he will be seeking a grant of “double” the €6,000 they received in 2019. Gibson said a manager for that squad will be appointed in the coming weeks.